Sir Iain Duncan Smith, the former leader of Britain’s governing Conservative Party, told Breitbart London that the G7 nations must abandon their “greedy rush to China” in order to properly take on the dictatorship in Beijing.

On Saturday, at a protest in London held to commemorate the anniversary of the beginning of the 2019 Hong Kong pro-democracy movement, Sir Iain Duncan Smith said that the freedom of the people of Hong Kong should be prioritised over profits from China for the G7 nations. 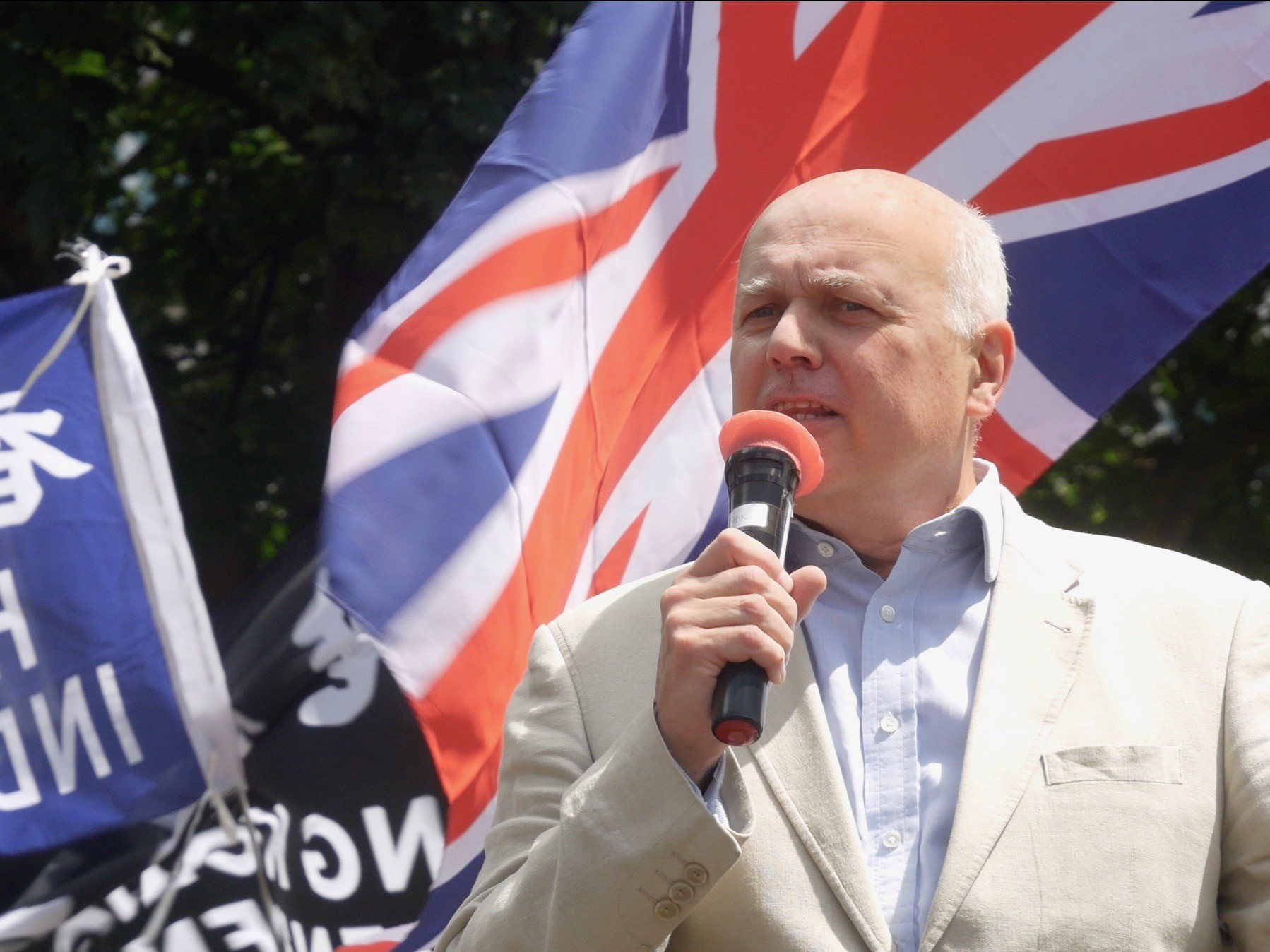 In an exclusive interview with Breitbart London, the former Tory leader said: “The first statement that the G7 should make is that they now consider China’s assault on democracy, human rights, and the rule of law in China and around the world is one of the greatest threats to our freedoms and we must now deal with it.

“I would like the free world, the G7, to review the whole idea that we can protest a little bit about China’s eradication of freedom and democracy but still rush to them to invest with them and to take their money and their goods. You can’t do both.

“You have to make a decision and that decision has to be that we now move away from the idea of a greedy rush to China and we bring that back to members of the free world, around the world in defence of freedom.” 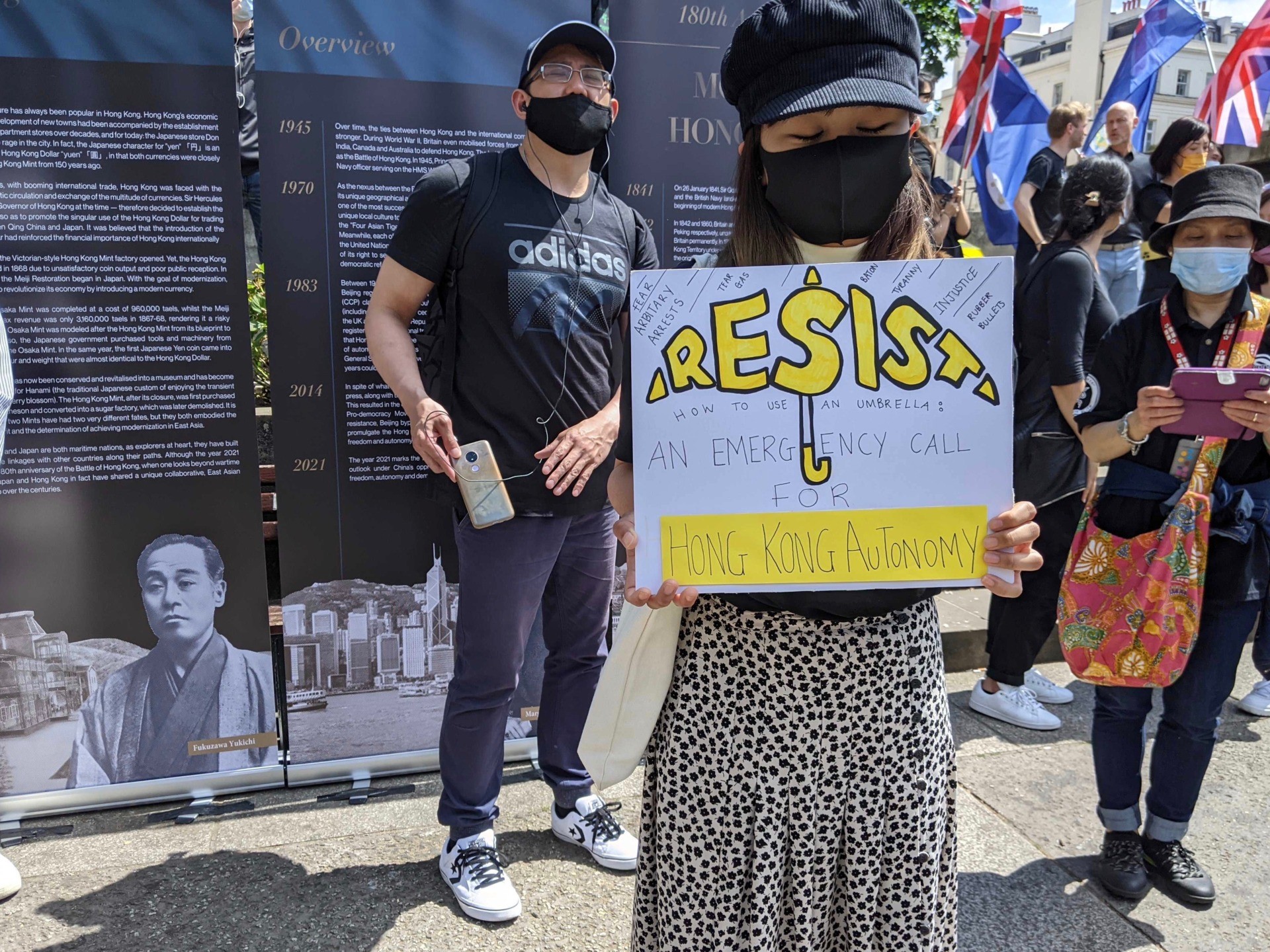 A protester holds a sign reading ‘Resist’ in the style of the yellow umbrella symbol of the pro-freedom movement in Hong Kong. (June 12th, 2020. Kurt Zindulka, Breitbart News)

The former Conservative Party leader was one of the chief architects of the move by the British parliament to declare a genocide in the Xinjiang region of China earlier this year.

In April, the parliament voted to declare a genocide, however, members of Prime Minister Boris Johnson’s government abstained from the vote, in line with their consistent opposition the measure. 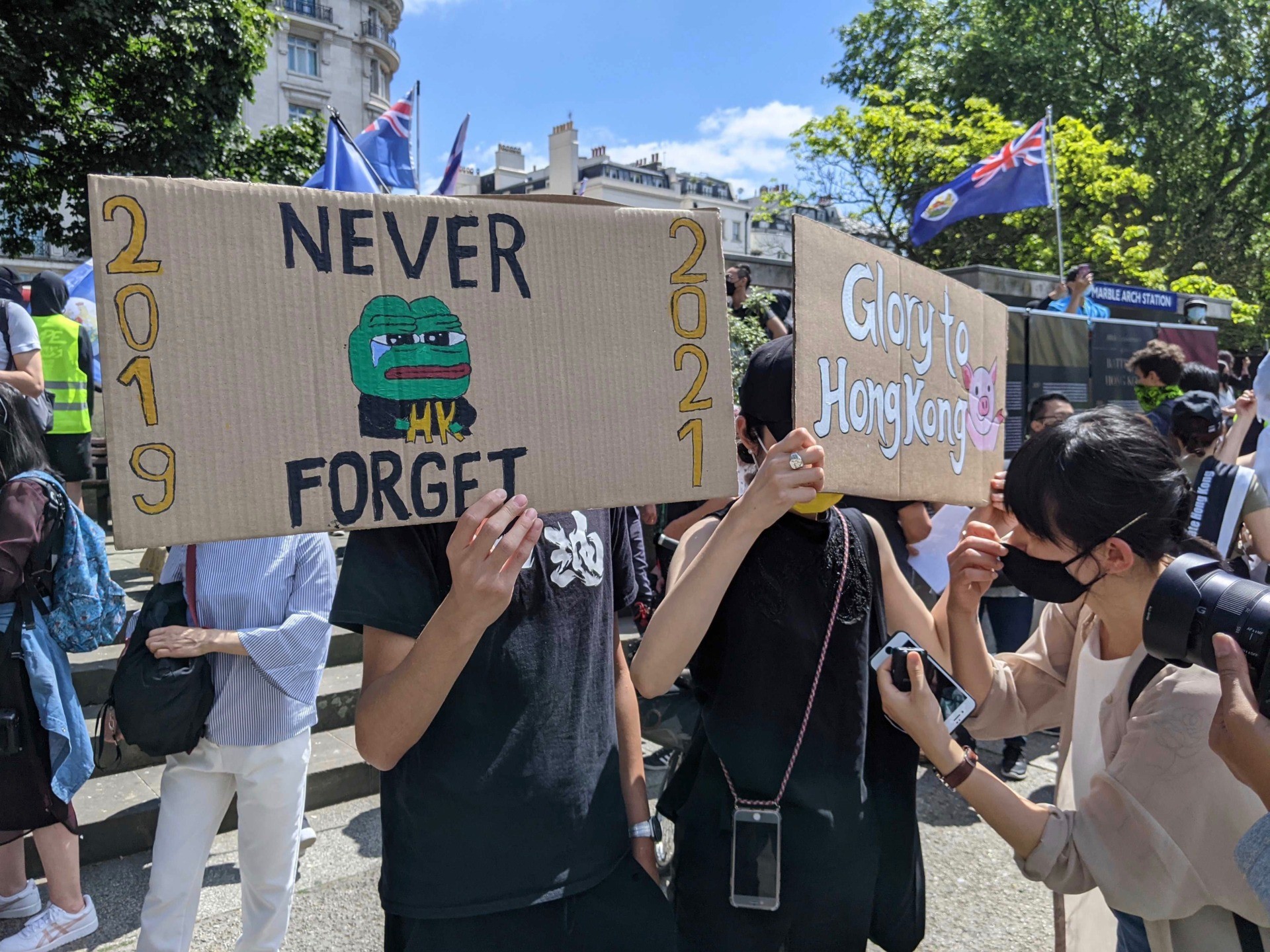 For his efforts in opposing the genocidal actions taken by the CCP and his campaigning for the imposition of Magnitsky-style sanctions on Chinese officials, Sir Iain was among several British parliamentarians to be sanctioned in turn by the regime in Beijing.

Asked whether he felt Boris Johnson’s government was doing enough to take on China, the former Tory leader said: “There’s always more they can do and they know that because I tell them every single day and I intend to be on their case every single day.”

“Freedom is lost easily when you don’t defend it. As Reagan said, ‘it takes just one generation to get rid of freedom’, and we need to stand by it.”