ROME — Pope Francis had high praise for German Chancellor Angela Merkel Friday, predicting that she will “go down in history as one of the great leaders.”

The pope told Argentine news agency Télam that the Merkel administration constitutes “an interesting milestone in world politics and a call to women who feel a political vocation.”

Asked about Merkel, who will soon step down as chancellor of Germany after 16 years, the pontiff praised her for her realistic approach to government, asserting she “is not a fanciful woman” because her ideals “become reality.”

“In her years in government, Merkel has given a good example of common sense, of the ability to see what is possible, what is viable, and always walk that path,” Francis said in an interview in his Casa Santa Marta residence in the Vatican.

“In Germany we have so many of these leaders, such as Konrad Adenauer and Helmut Kohl, who was her teacher and discovered her,” Francis said, adding that Merkel’s legacy “is also important as female leadership.”

“Women have a special sensitivity to capture moments of conflict more,” said the pope, who has had seven meetings with Merkel. “Women are much more capable of navigating conflicts because they are realistic, they have the ability to invent and process.”

“In politics women have always offered a good contribution and even more so when they really carry it in their hearts,” Francis said.

At the beginning of October, the pope and Merkel held their final meeting for 45 minutes in the private library of the Vatican Apostolic Palace. 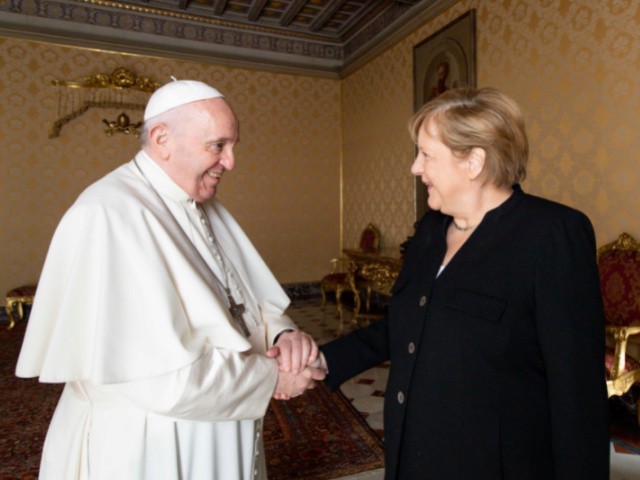 This is not the first time Francis has praised female politicians for their unique contribution to the field, even when they have adopted controversial positions contrary to Catholic teaching.

In February 2016, for instance, Francis lavished similar praise on Italian politician and abortionist Emma Bonino, dubbing her one of Italy’s “forgotten greats” and comparing her to important historical figures such as Konrad Adenauer and Robert Schuman. One local newspaper ran a headline at the time suggesting Bonino had been inducted into “the pope’s Pantheon.”

According to her own claims, Bonino performed more than 10,000 illegal abortions during her career, devising an abortion machine from a bicycle pump and a pickle jar. The founder of the Center for Information on Sterilization and Abortion (CISA), Bonino agitated for the legalization of abortion in Italy, which was finally achieved in 1975. 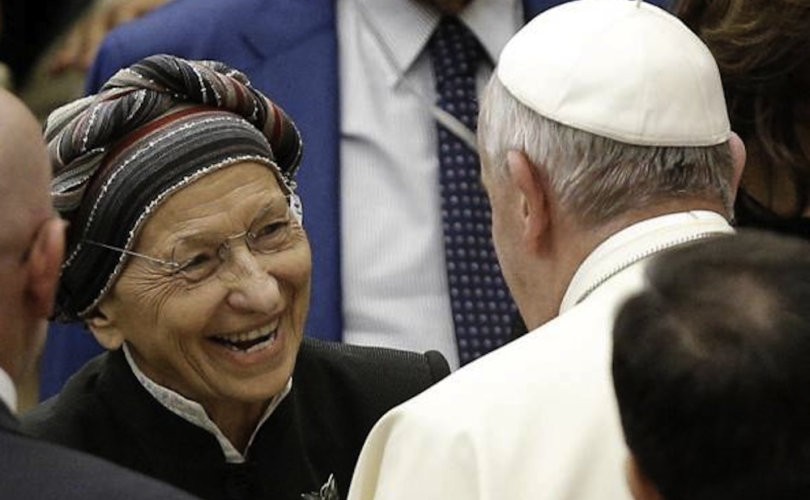 A protégée of George Soros, Bonino built a career as a parliamentarian for the Radical Party and later became a European commissioner and Italy’s foreign minister.

During her colorful political career, Bonino worked to legalize recreational drugs and promoted nudism, same-sex marriage, transgenderism, the abolition of the armed forces, the disbanding of NATO, and the liberalization of pornography laws.

George Soros, who has invested massive sums into promoting immigration into Europe, personally awarded Bonino the Fred Cuny prize in 2015.