ROME — Pope Francis returned to one of his favorite themes this weekend, calling Christians to transcend “borders” and tear down “walls.”

“We are called to be a sign and witness that it is possible to pass beyond the walls of selfishness and personal and national interest,” the pontiff told a group from the Centesimus Annus Pro Pontifice Foundation at a meeting in the Vatican Saturday.

Christians must be beyond “the power of money that often decides the destiny of peoples; beyond ideological divisions that foster hatred; beyond all historical and cultural barriers and, above all, beyond indifference,” the pope told the gathering.

“As Christians, we are called to a love that transcends borders and limits,” Francis insisted.

We “can and must think and work as ‘brothers and sisters of all,” he declared. “This may seem to be an unrealistic utopia. But we prefer to believe that it is a dream that can come true.” 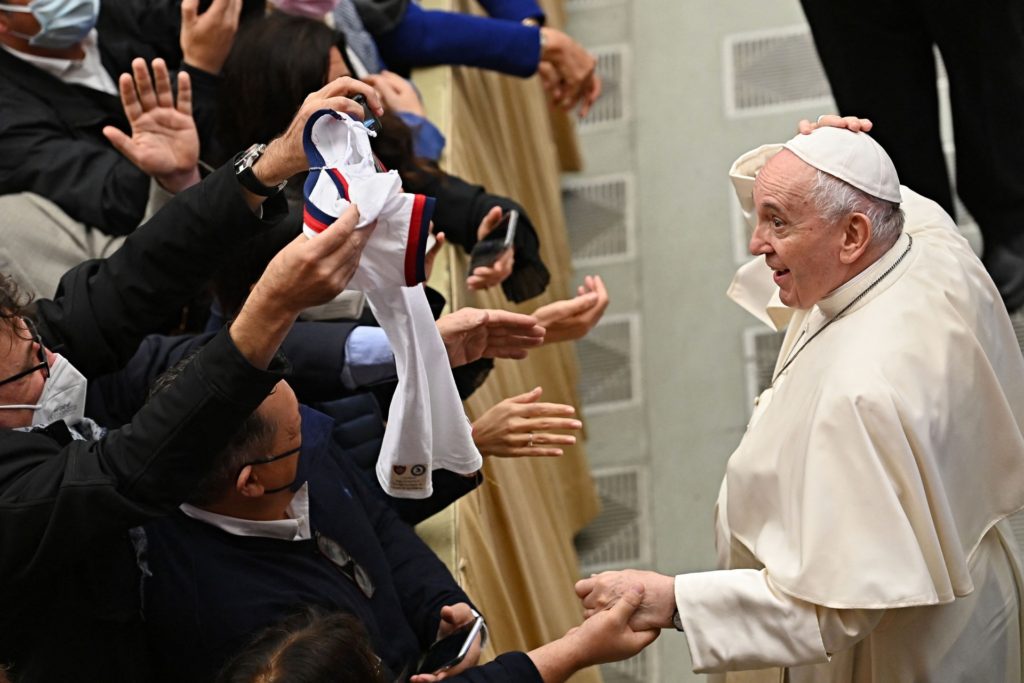 Pope Francis (R) is greeted by excited worshipers at the end of the general audience at Paul-VI hall in the Vatican on October 20, 2021. (ANDREAS SOLARO/AFP via Getty Images)

As he has done on other occasions, the pope denounced “an economic system that continues to discard people’s lives in the name of the god of money, fostering greed and destructive attitudes towards the resources of the earth and fueling various forms of injustice.”

In “soil contaminated by the predominance of finance, we need to sow many small seeds that can bear fruit in an economy that is equitable and beneficial, humane and people-centered,” he asserted.

Francis said that several years ago he came to the conclusion that finance is “something impractical, something ‘fluid,’ ‘ephemeral that ends up like a chain letter.”

We are called “to commit ourselves freely to the development of a more just and equitable society where forms of selfishness and partisan interests do not prevail,” he said.