According to the Alliance’s Global Threat Assessment 2021, pandemic lockdowns and social distancing produced a dramatic increase in Internet use by children, which in turn led to a surge of online exploitation.

“The scale of child sexual exploitation and abuse online is increasing. This sustained growth is outstripping our global capacity to respond,” the report warned.

To depict the scale of the problem, the report noted that the ten most harmful child sexual abuse sites on the “dark web” have over three million users between them. One site taken down by Europol in May 2021 had over 400,000 registered users.

There was also a disturbing 77-percent surge in what the report described as “child self-generated sexual material,” meaning children posting nude and partially nude images of themselves — possibly with coaching or coercion from predatory adults. 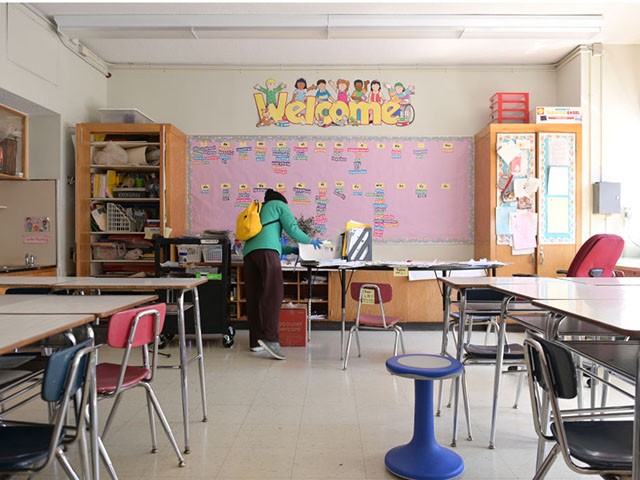 The report considered the possibility that the massive surge in online child sexual exploitation during the pandemic could have been partially a result of more aggressive reporting, and more “false positives” detected by investigators — in other words, the gigantic increase in the number of people working online from home made family members more likely to detect and report the suspected abuse of children and also produced a blizzard of Internet activity that might have been incorrectly interpreted as abusive.

However, the authors also worried about potential negative “longer-term impacts” from the pandemic and its lockdowns, such as a lasting increase in the amount of potentially dangerous online communication between children and unknown adults.

The report warned the pandemic might have reinforced “commercial drivers of abuse” over the long term, pointing to evidence that “children are reacting to weakened economic prospects by ‘self-producing’ sexual material in exchange for payment.”

Lockdowns and school closings also “created or exacerbated vulnerabilities” that can lead children to victimization, such as feelings of intense loneliness and separation from trusted adults that “might normally afford protection.”

The authors observed that the pandemic overwhelmed counselors and law enforcement, leaving them with less manpower to handle complaints of online child abuse, and noted that abusers are growing increasingly adept at using encryption services to conceal their identities. 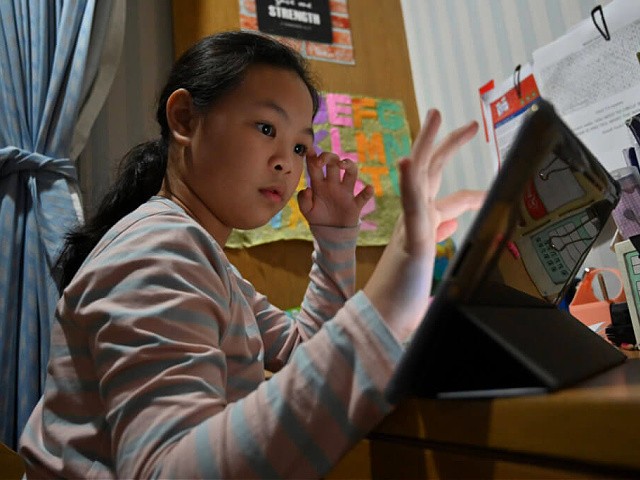 This photo taken on May 10, 2020, shows nine-year-old Filipina student Yohan Jacalan, who has stayed home with her four-year-old sister Alyson for three months due to fears about the COVID-19 coronavirus outbreak, using a tablet for studying at her family’s apartment in Bangkok. (Photo by ROMEO GACAD/AFP via Getty Images)

International security analysts noted that a great deal of the chatter on dark web child abuse websites concerns “tradecraft” technical advice on how to remain undetected while purchasing and storing child pornography. A popular new bit of tradecraft is “masking,” or deliberately misspelling words to evade content filters that were designed to spot predators in online games.

The pandemic year saw an increase of over 97 percent in activities classified as “online enticement,” or more commonly referred to as “grooming” pp predatory adults befriending children online and luring or coercing them into abusive situations.

The immense surge of young children opening social media accounts and the normalization of online communication with strangers were cited as factors in the grooming crisis. A European survey in 2020 found 37 percent of children reported being in contact with unknown individuals online.

WeProtect Global Alliance noted that even as predators have grown more adept at hiding from law enforcement, they have grown more skilled at tracking the electronic “footprints” of children with social media accounts. At-risk children simply have no idea how much information abusers can collect about them, from personal information that helps predators manipulate them, to their real-world physical locations. 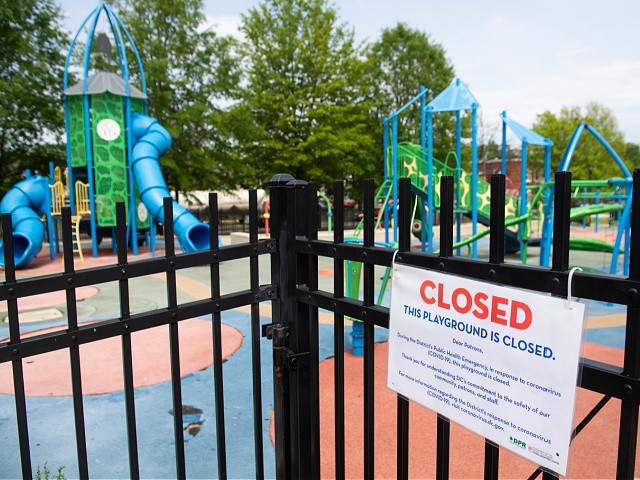 A signs hangs outside a closed playground in Washington, DC, April 29, 2020. Washington will uphold coronavirus restrictions through May 15, 2020. (Photo by SAUL LOEB/AFP via Getty Images)

Abusers also appear to have honed their networking skills during the pandemic, working together on grooming projects and bombarding targeted children with huge volumes of unhealthy material. One case study cited in the report described a ten-year-old girl who was contacted by a predator while she was playing a children’s game online, and wound up receiving “hundreds of emails from different men” before she revealed the abusive contacts to her father.

The report was not entirely pessimistic, as the authors saw glimmers of hope in advanced policing techniques, increasingly sophisticated online security services, and greater parental awareness of the dangers lurking in online games and social media.

“Countries, companies and charities are all involved in tackling this crime. The pace of change is not yet fast enough, but it is happening,” the alliance said.

Other analysts have noted the same surge in online child exploitation described by WeProtect Global Alliance. The spike was immediate and highly noticeable. In October 2020, the National Center for Missing and Exploited Children reported calls to its tipline had nearly doubled by June of that year.

The center cited many of the same factors that would later be explored in depth by WeProtect’s 2021 threat report, including children being confined at home during lockdowns, the growing trend of child self-generated sexual material, and the popularity of several games and social media platforms with children, including Fortnite and TikTok. Predators quickly figured out where children trapped at home would congregate online. 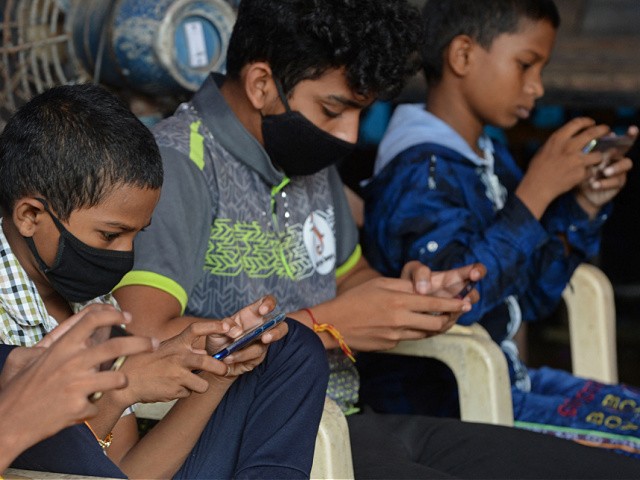 Children play games on their mobile phones at a street corner in Mumbai on September 6, 2021. (Photo by INDRANIL MUKHERJEE/AFP via Getty Images)

Similar surges in online exploitation have been documented in Australia and the United Kingdom. The British Internet Watch Foundation (IWF) said in July 2020 that the fastest-growing category of pornographic imagery was images generated by children after they were coached or coerced by online predators.

The U.K. National Crime Agency (NCA), the British equivalent of the FBI, warned about the rising tide of online grooming and exploitation in May 2021, describing chilling cases of individual predators with thousands of victims.

Australian researchers coined the term “capping” for children groomed or blackmailed into live-streaming sexual acts, often by offenders who pretended to be children of the same age. The researchers warned that once a “capper” obtains a recording of a child streaming sex acts, that recording is often used to blackmail the child into creating more explicit videos of themselves.

INTERPOL’s warning added another wrinkle: “In areas severely affected by Covid-19, situations where parents are hospitalized and children are placed under others’ care, or are uncared for, are also likely to increase the risk of abuse.”