China is the origin nation of the Chinese coronavirus, first documented in central Wuhan city in late 2019. By March 2020, the Communist Party had declared that it had overcome the outbreak, praising itself for its lockdown policies. Evidence from Wuhan revealed at the time that the policies included severe human rights abuses including disappearing doctors warning about an infectious respiratory disease in the city and welding infecting people shut in their homes.

Over a year later, however, China is again experiencing a surge in cases even as the World Health Organization (W.H.O.) documented a global decline in cases this week. The Global Times insisted that the outbreak, affecting a third of the nation’s provinces, would still not become a “nationwide” problem because of China’s allegedly superior pandemic control policies.

Chinese officials have identified a tour group consisting of elderly citizens from Shanghai as the first cases to spread the disease, traveling the country and appearing to leave behind a trail of new coronavirus cases. The Global Times admitted on Thursday that the tour group had been traveling in the first week of August, a period during which the Communist Party celebrates its anniversary and encourages “red tourism” to locations with historical significance for the Party. The newspaper nonetheless attempted to blame foreign sources for the outbreaks in previous articles this week and officials in Inner Mongolia, a region about 1,000 miles away from Shanghai, implemented more sanitary measures in its ports to protect from the threat of coronavirus particles entering the country from abroad on surfaces. Scientists have largely dismissed this mode of transmission as a significant threat to humans. 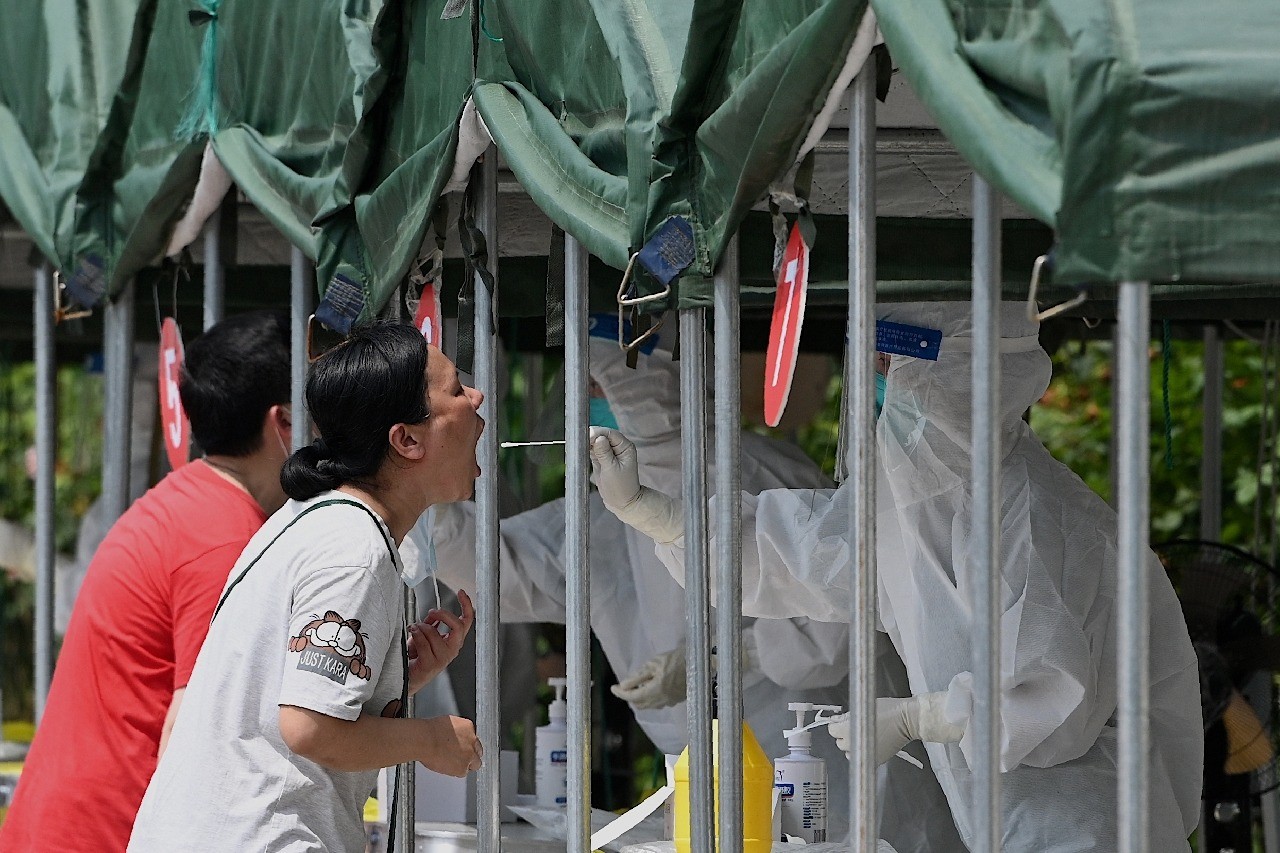 The capital of Gansu, Lanzhou, shut down schools this week. Beijing, a separate entity from Hebei due to its status as the national capital, has also restricted movement in at least two blocks in response to coronavirus cases.

As travel appears to be the reason for the latest outbreaks, Chinese airports have suffered some of the largest consequences.

“The number of canceled flights to and from Northwest China’s Gansu and Shaanxi provinces reached 56 percent and 58 percent, respectively, while that in Inner Mongolia reached 41 percent on Thursday, according to travel app Umetrip,” the Global Times reported. “Judging from the notices, experts said close contacts of the current outbreak may have occurred since October 1. Official data showed from October 1 to 7, China’s National Day holiday, 515 million domestic trips were made.”

The propaganda outlet quoted a Party-approved “public health expert” who stated that the source of the outbreaks being communist celebratory travel “could not be ruled out.” That admission represents a significant change in the state-run outlet’s coverage of the outbreak, previously focused on foreign cargo as the origin. Another such “expert” alleged in a different article, “the virus on goods could easily spread to personnel who come into physical contact with contaminated goods accidentally or who fail to wear masks properly.”

Most studies so far on coronavirus and surface transmission does not support the claim that it “easily” spreads in this manner. 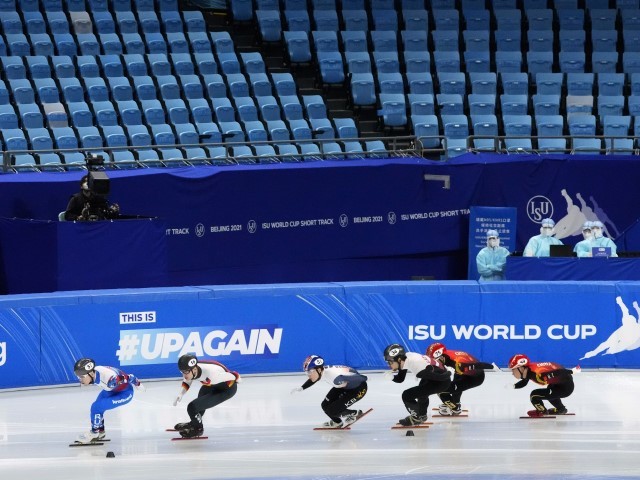 Skaters slide past an empty section of spectator seats while competing in a test event for the 2022 Winter Olympics, at the Capital Indoor Stadium in Beijing, Thursday, Oct. 21, 2021. (AP Photo/Mark Schiefelbein)

“Studies and investigations of outbreaks all point to the majority of transmissions occurring as a result of infected people spewing out large droplets and small particles called aerosols when they cough, talk or breathe,” the scientific journal Nature reported in January. “These can be directly inhaled by people close by. Surface transmission, although possible, is not thought to be a significant risk.”

W.H.O. data suggest that China is an outlier in seeing case surges compared to nearly the entire rest of the world. Only one region the United Nations health agency follows, Europe, saw a rise in cases this week compared to the week before, possibly fueled by case surges in Russia. Both China and Russia are relying on dubious homegrown vaccines for immunization, fueling distrust that has led to low vaccination rates.

“It’s strange. People with a good education, scientific degrees … I just don’t understand what is happening,” Putin said on Thursday about his country’s vaccine hesitancy.

Back in China, the regime recently approved the administration of booster shots and launched a nationwide campaign to distribute them. At least one of the products approved for “booster” use is “Coronavac,” the vaccine candidate by Sinovac Biotech. Coronavac tested at 51-percent efficacy against coronavirus infections when it debuted, the lowest of every coronavirus vaccine product in major global distribution, though studies are pending regarding its efficacy since the Indian variant of the coronavirus, known as Delta, became the dominant infectious strain. China’s health authorities confirmed that the outbreak currently underway is of the Delta variant. Communist Party authorities launched campaigns in 19 provinces and municipalities to distribute third shots of Coronavac.