“It’s all so senseless,” Maureen Maloney said of the death of countless Americans at the hands of illegal aliens.

Maloney’s 23 year-old son Matthew was hit by a repeat-offending illegal alien drunk driver. Although Matthew survived the initial crash, he died as he was subsequently dragged a quarter of a mile—caught in the wheel well of the illegal alien’s pick up truck— as the alien sought to flee the crime scene. “Witnesses who saw [Matthew] pinned screaming under the truck ran out and pounded on the vehicle, crying out to the driver who kept going…'[Matthew] was alive for a good portion of it,’” wrote one report from the time.

“He wanted to be a police officer,” Maloney said of her young son, who was voted “most dependable” by his high school senior class. “He had taken the civil service exam… He liked to help people and do good.”

“He was just a law-abiding person,” she said quietly.

“The person who killed him should not have been in this country,” Maloney explained, noting that Matthew’s killer “had assaulted police officers, he had assaulted paramedics, multiple drunk drivings, domestic violence and each time he had a run in with the police, he’d go to court, pay his fine and be let go,” Maloney said.

“Somebody needs to start putting American lives first. Somebody has to take care of the people that are in this country legally,” Maloney declared. 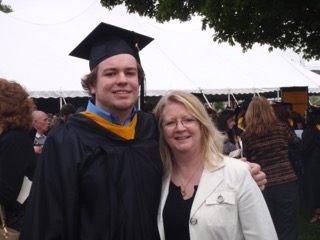 Maloney said that is why she is supporting Donald Trump for President. “He is what the country needs at this point,” she said. “He is saying exactly what so many people are thinking. The politicians are so out of touch with what’s going on in mainstream America nowadays– they’re just so concerned with having their financial backers that they’re not looking after the American people—very few politicians are looking out for the American people… Donald Trump is sincere in doing what he’s doing… He’s not saying what he thinks people want to hear—he’s just, I believe, being honest.”

Maloney explained that on the issue most critical to her, there is no candidate who is stronger than Trump: “I’m supporting Donald Trump for many reasons. Of course, the reason most near and dear to my heart is because of his immigration reform [plan]—he wants to secure the border,” Maloney said.

Maloney agreed with Dan Golvach—whose 25 year-old son Spencer murdered by an illegal immigrant— and Golvach’s assessment that Marco Rubio and John Kasich’s position on immigration is tantamount to “treason.”

“It is, it absolutely is,” Maloney said.

“Rubio is betraying us, absolutely. I don’t trust him,” Maloney warned. “I have no use for [Rubio], he was part of the Gang of Eight bill.”

Maloney said that she found John Kasich’s campaign pledge to enact amnesty within his first 100 days in office to be “sickening”:

“Let him come visit me and let me take him to my son’s grave. My son was a college graduate. He graduated college just three months before he was killed. He worked going through college, worked part time to help pay for his tuition, he graduated debt-free because he helped by for his tuition. And he had just got his first real job and he was killed. He was killed by somebody who had a criminal record and who had drank a case of beer earlier in the day. [Maloney pauses] So, let [Kasich] come meet with us family members, and let him come visit the graves of our children and then let me see what he thinks about it. Because I don’t know how anybody with any kind of heart or compassion could make that decision.”

Maloney similarly said that Ted Cruz is not serious about enforcing U.S. immigration law. “Even Ted Cruz has a way for people who are here illegally to end up staying here, like a path to legalization that’s not citizenship,” Maloney warned.

When asked if Marco Rubio had reached out to her and her family, Maloney quickly replied, “No, no. Actually Donald Trump is the only presidential candidate who has reached out to us.”

“Donald Trump has gone around the country and has met with groups of family members that have lost somebody to an illegal alien and he never publicized it. He met with us… in a private meeting, and he kept it private. He kept it private. The only way the media may have heard anything about it is if one of us happened to have mentioned it. He gained so much of my respect for that because other politicians that have spoke with me over the last four years—it’s a photo-op or a press-op, it’s always an opportunity for them to be in the limelight: [a chance for them to say] ‘see what I’m doing.’ And then you don’t hear from them again. And Donald Trump did not do that. And it’s not just those of us who lost a family member—he’s doing it with veterans and other people around the country too.”

John Kasich, Marco Rubio and Ted Cruz “are beholden to their donors,” Maloney said. “They’re talking out of both sides of their mouth. They say one thing to voters when they’re meeting with them in town meetings and then if you look at their history it contradicts what they voted on in the past couple of years.”

“For me, it is worse when it’s a Republican who we’ve trusted and then they betray us,” by pushing amnesty. “I would expect this from Hillary or Bernie or Obama, so for me personally it stings more,” Maloney explained.

“Donald Trump isn’t beholden to anybody. He’s funding his own campaign. He can do what he wants,” she said.

Maloney—who has not lost her faith in America’s political system— explained that she’s tired of elections in which Republicans are forced to vote for “the lesser of two evils”:

“I feel very strongly about voting. If you’re going to complain about something, you’ve got to do something about it too. I would never abstain from voting… but we’ve had too many elections like that these past few cycles… of people voting for the lesser of the two evils.”

“We need to end that. We need to break that cycle,” Maloney said, “We need to have a candidate that people are proud to have out there.”

Maloney explained that the reason she speaks out is because she doesn’t want Matthew’s death “to be totally in vain.”

“He could light up a room,” Maloney said of Matthew. “Everybody loved him.” 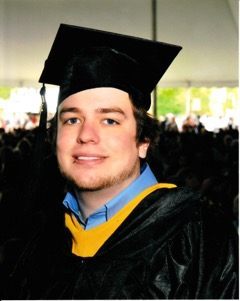 Maloney explained that Matthew was only about two months away from receiving a spot at the police academy: “At his funeral, the chief of our police awarded one of the police badges to Matthew [Maloney pauses and takes a deep breath] posthumous—I guess you would call it. Because he had looked at [how highly ranked] Matthew was on the civil service list, and he was the one that told me that Matthew would have been getting a letter in the mail to go to the police academy. So, you know, [Maloney tries to regain her voice] in a sad way, I was just so proud of my son. It was, um, bittersweet— here I was devastated that I lost my son, and yet I was so proud of him. [Maloney’s voice begins to shake again] Hopefully he’s in heaven realizing [pause] how close he was.” 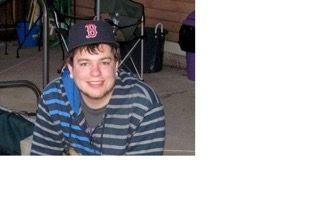 When asked how she finds the strength to share—and relive all of again—the story of her son’s murder, Maloney said simply: “No person should be having their life taken from them because someone is in this country illegally. I don’t want [Matthew’s] death to be totally in vain. We don’t want anyone else to ever go through what we’re going through. So if you can spare another family, that’s the reason why you do it.”