Sen. Mike Braun (R-IN) said during an appearance on SiriusXM’s Breitbart News Saturday that he met with a bipartisan group of local leaders at the southern border on Friday who told him the “practical ramifications” of the ongoing immigration crisis “are unbearable.”

Braun along with 17 of his Senate colleagues had traveled to the border this week and witnessed crisis conditions firsthand, including a cramped federal facility in Donna, Texas, that held primarily unaccompanied alien children (UACs) and exceeded capacity limits while forgoing what have become common coronavirus social distancing and quarantining policies for Americans.

“The hypocrisy of the Biden administration coming down on Trump when you saw what was there, and the Border Patrol saying it’s worse than it ever was before, currently,” Braun told radio host Matthew Boyle. “And that’s because you’ve got the biggest microphone in the world saying ‘come.’ They backed off and said we’re not ready now, but we will be, and look at the message it’s sending.”

Braun said he observed a group of roughly 100-125 outside the facility and was told those individuals were being screened for coronavirus. Braun said 23 were found to be symptomatic but that asymptomatic cases remained unaddressed.

“It is just a monstrosity of mess across the board, and it’s due to the fact that they now come and are getting processed even more quickly and with less scrutiny because they don’t have the space,” Braun explained. “In other words, the crowds are surging. … It’ll completely swamp the system, and it’s Catch and Release as the relief valve.” The Biden administration reinstated the policy of Catch and Release in which border crossers can claim asylum in America, filter quickly through a processing center, and then be released into the country’s interior with only a promise that they will appear at a later scheduled court hearing.

Braun was able to take photos of the conditions at the Donna facility despite the Biden administration’s media restrictions inside such facilities. “There was a Biden administration, a lady, didn’t get her name, that was trying to keep all of the 18 senators from doing it and obviously that wasn’t going to work because that’s why we went there. But the conditions, in terms of cramped, mostly young kids or young adults with kids.” 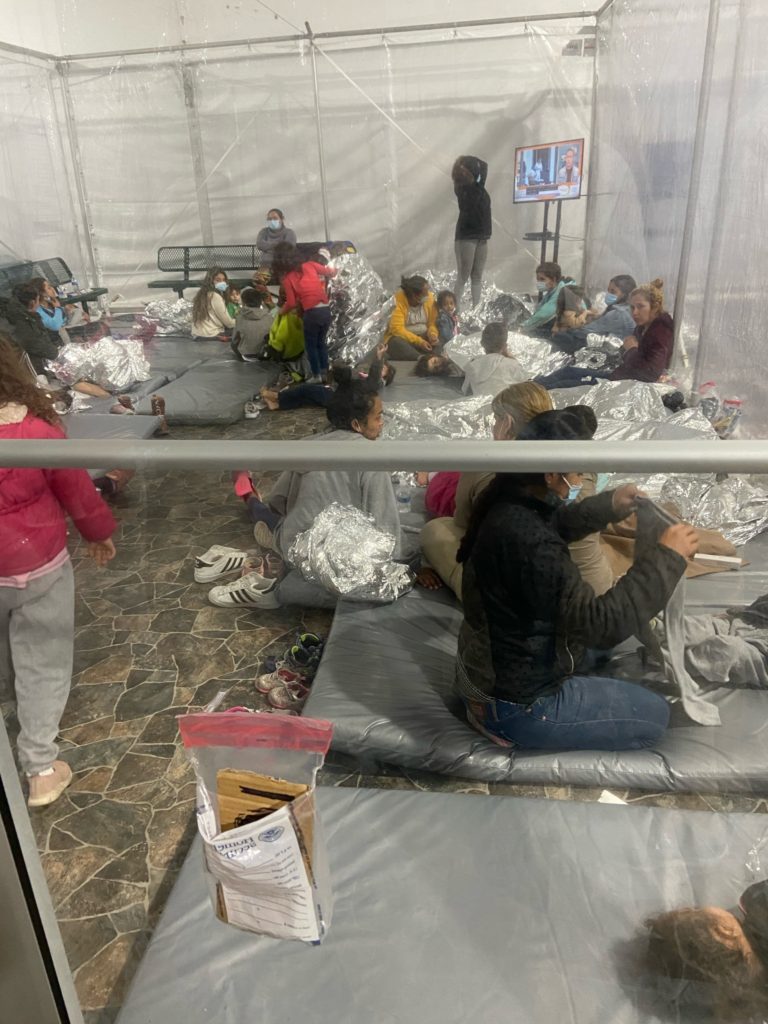 After touring the federal facility, Braun said he and his colleagues met with “probably 25 or 30 local politicians, commissioners, mayors, folks that have to put up with it, Democrats and Republicans. Across the board they said the practical ramifications of this are unbearable. It impacts them.”

Braun also met with a nun and a priest from the local Catholic diocese who emphasized the humanitarian issues created by the migrant influx. “The nun described it as ‘humanity bleeding.’ And none of that is untrue,” Braun said.

“It’s even bleeding more because people are being — the coyotes and smugglers view this as the biggest sales pitch since they’ve been doing it, you know, for taking advantage of people coming up, pressing the system,” Braun continued. “Apparently it’s working because it’s so overwhelmed, and what they do as a relief measure is to release earlier before they can do the scrutiny that you need to do to make sure you get the difference between a true asylum case and not. … The ones that maybe come through that have criminal records and all that — don’t have the time to do it.” 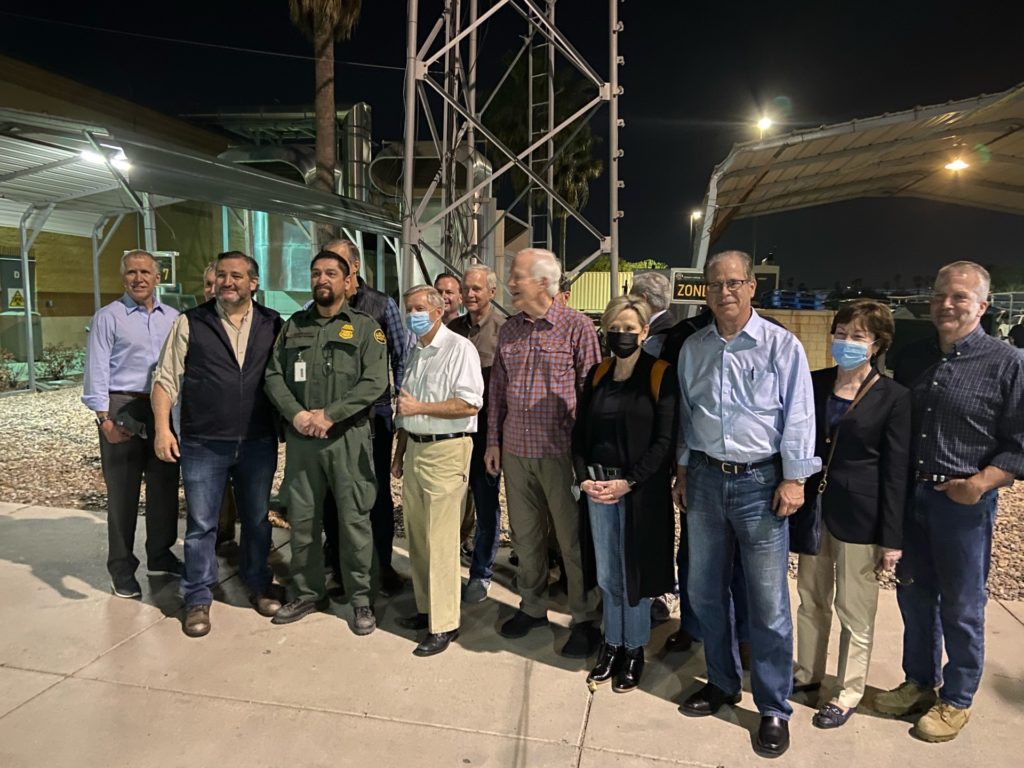