Rioters marched on the home of Portland Mayor Ted Wheeler overnight Monday into Tuesday, looting nearby stores and setting furniture on fire in the street. At one point, they reportedly set fires inside the condominium building itself.

More than 200 people on Monday night marched to the Pearl District condominium tower where Portland Mayor Ted Wheeler lives to demand his resignation.

The demonstration quickly turned destructive as some in the crowd lit a fire in the street, then placed a picnic table from a nearby business on top of the fire to feed the blaze. People shattered windows and broke into a ground-floor dental office took items including a chair, also added to the fire, and office supplies.

Shortly after 11 p.m., a bundle of newspapers was set ablaze and thrown into a ground-floor storefront in the residential building.

Earlier in the night in Portland, antifa rioters calmly smashed up a random business to protest police & @tedwheeler. They stole furniture from inside to use as tinder for their fire. They then set the office’s lobby on fire. #PortlandsRiots pic.twitter.com/b7rNvAEqNn

Earlier tonight: Antifa set fires in the building where Mayor Ted Wheeler supposedly lives, prompting police to declare a riot and disburse the crowd to allow firefighters at the scene. pic.twitter.com/OfASXps04p

Fake press person is arrested at the #antifa riot in Portland tonight. Rioters trashed the upscale neighborhood where @tedwheeler’s condo is. #PortlandRiots pic.twitter.com/3kjCBE8S3K

The Portland Police Bureau released photographs of the riot, including graffiti reading, “This is the voice of the unheard,” a reference to a quote by Dr. Martin Luther King, Jr. that left-wing activists have taken out of context to justify violence. 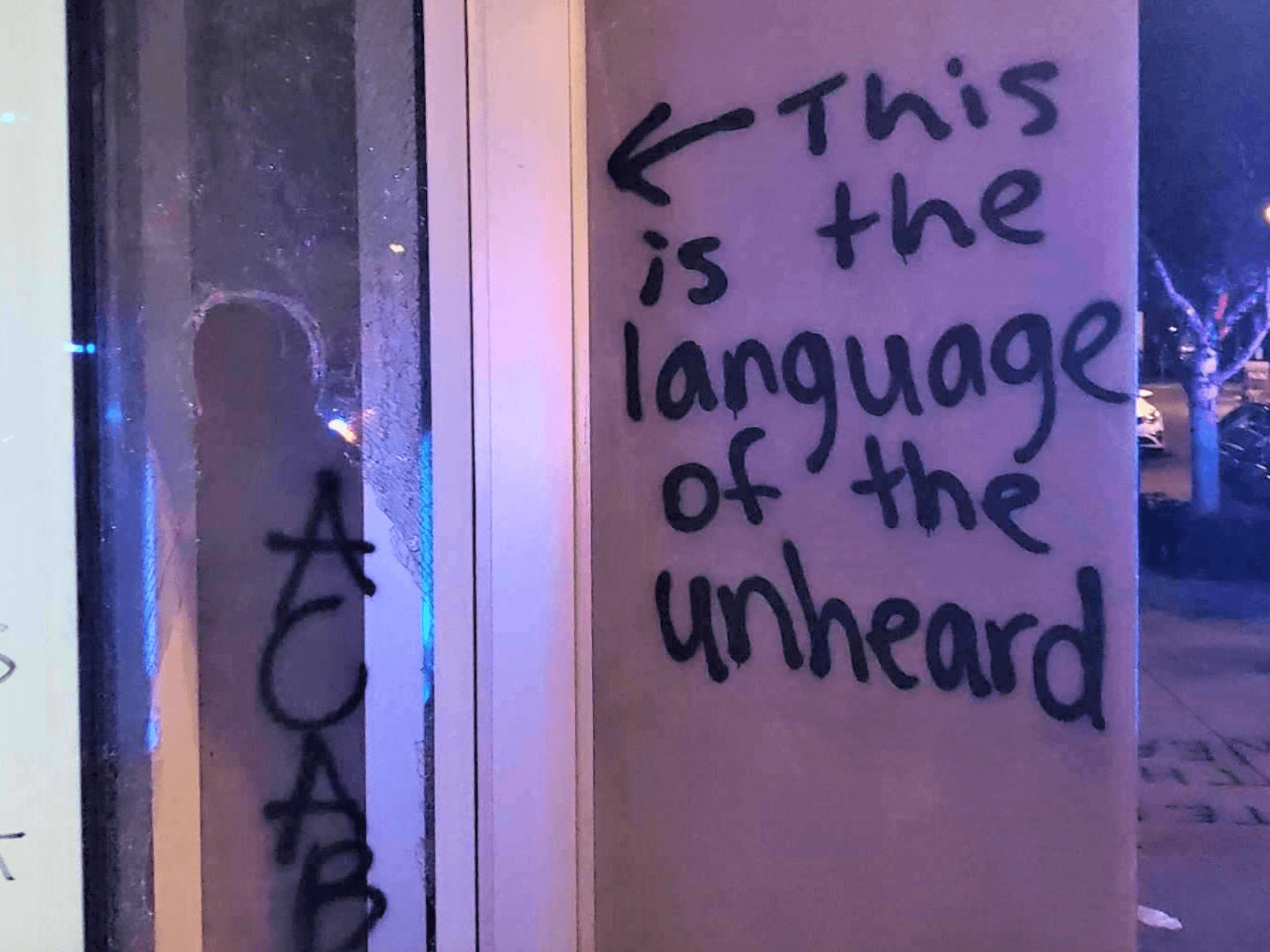 Wheeler has feuded publicly with President Donald Trump, proudly refusing his offer of federal assistance and blaming him for violence that erupted in the city last weekend, when a Trump supporter, Aaron “Jay” Danielson, was shot and killed by an alleged Antifa activist.

Yet despite his opposition to Trump and his support for the protests — which included joining a violent riot outside the local federal courthouse in solidarity in June — Wheeler has also faced demands from the far-left that he resign from his position.

On Friday, hours after he sent a letter to Trump rejecting his help, activists marched on his condo. Among them was the man suspected to be the shooter, Michael Forest Reinoehl, who was photographed there by the Oregonian.