LOS ANGELES — The latest stop on Milo Yiannopoulous’s “Dangerous Faggot Tour” at the University of California Los Angeles (UCLA) was blocked by protests at the beginning, and evacuated by a bomb threat at the end.

Before the event started, groups of protesters gathered outside of the Broad Art Building, where Milo was to speak. A large banner was hung from the third story of a neighboring building, which read: “Bruins Against Hate.” Groups of women and men stood outside holding pro-feminism signs — with black duct tape over their mouths (above). 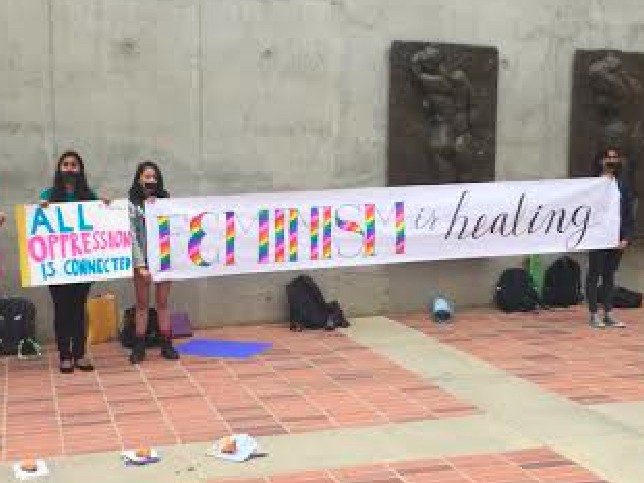 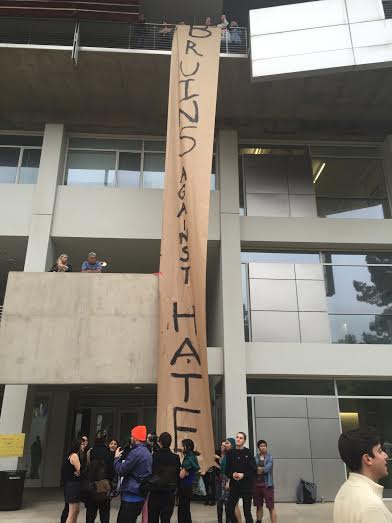 The protesters blocked the entrance of the building, forcing the hundreds of Milo fans to wait outside until organizers and campus police could offer a different way to enter the auditorium.

Fights began to break out when the back doors, which organizers had been using to usher people into the event, were also blocked by protesters who refused to let people in.

After all of the drama outside, Milo and his special guest David Rubin were interrupted by two feminist protesters during their remarks. The protesters’ chants were met by a loud roar from the crowd: “Build the Wall!”

Finally, after the feminists were removed from the auditorium, Milo and David were able to resume their talk. After the show was over, however, and most of all the people in the auditorium had left, a large group of UCLA police came in and told those left in the room that they had to leave immediately because of a bomb threat.

Soon thereafter, the Los Angeles Police Department (LAPD) arrived on campus with bomb-sniffing dogs. After a sweep of the auditorium, the all-clear was given.