A U.S. military official on Thursday accused the Iranian navy of boarding a Liberian-flagged oil tanker near the strategic Strait of Hormuz as tensions between Tehran and Washington continue to climb.

The U.S. military’s Central Command published a black-and-white video showing what appeared to be special forces fast-roping down from a helicopter onto the MT Wila, whose last position appeared to be off the eastern coast of the United Arab Emirates near the city of Khorfakkan, AP reports.

The Iranian navy held the vessel for some five hours before releasing it Wednesday, said a U.S. military official who spoke to the Associated Press on condition of anonymity to discuss details not yet made public. The Wila made no distress calls before, during and after the seizure, the official said.

The Iranian helicopter involved appeared to be a Sikorsky SH-3 Sea King, which only Iran’s navy operates and has been using for decades to help disrupt maritime traffic in the region. 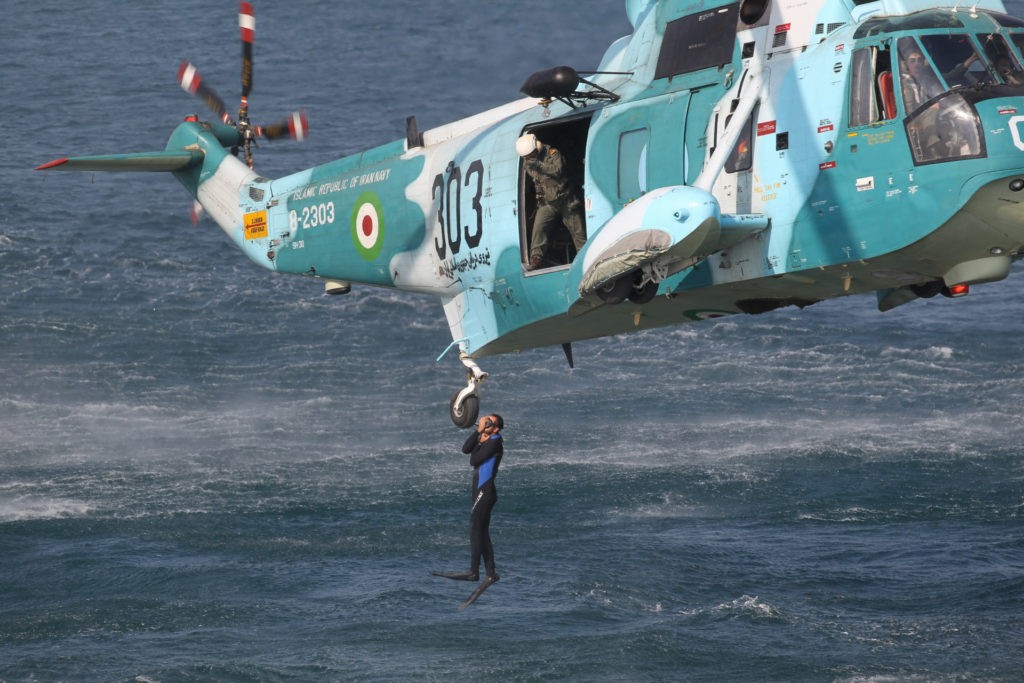 An Iranian navy diver jumps out of a Sikorsky SH-3 Sea King helicopter during the “Velayat-90” navy exercises in the Strait of Hormuz in southern Iran on December 30, 2011. Iran, which has been carrying out war games in the Strait of Hormuz over the past week, has said that “not a drop of oil” would pass through the strait if Western governments follow through with planned additional sanctions over its nuclear programme. (ALI MOHAMMADI/AFP via Getty Images)

The Iranian navy also handles all operations in the Gulf of Oman on the eastern side of the Strait of Hormuz, through which 20 percent of all oil traded passes. Two other Iranian naval vessels took part in the seizure, Central Command said.

This is not the first instance of Iran challenging maritime traffic in the Strait of Hormuz.

As Breitbart News reported, last year a series of attacks on mercantile trade saw the U.S. launch a retaliatory campaign, dubbed Operation Sentinel, which worked to ensure ships can exercise freedom of navigation through the strategic strait without restraint by hostile forces.

Tension in the region peaked when the U.K. seized an Iranian oil tanker off Gibraltar last July, prompting Iran to retaliate by seizing a British-flagged ship.

Iran has released footage showing members of its forces seizing a British-flagged tanker at sea in the Strait of Hormuz https://t.co/V4SDuyGcuv pic.twitter.com/QU0vc1Foj3

Iran threatened earlier to begin collecting a toll from foreign ships passing through the Strait of Hormuz to “compensate” it for the expense of providing “security” for them.

The measure would amount to extortion, since Iran is the party most likely to attack shipping in the region, but is consistent with Iran’s official fiction that its military forces work tirelessly to suppress piracy.

“A bill has been provided by the lawmakers which requires the government to receive expenses for providing security to vessels, either military or non-military, in the Strait of Hormuz from them,” senior legislator Hossein Ali Haji Deligani said at the time.