The announcement came on the heels of another pro-Israel declaration made hours earlier by Pompeo, in which he stated that going forward, the U.S. would deem the Boycott, Divestment and Sanctions (BDS) campaign against Israel as “anti-Semitic.”

“We will immediately take steps to identify organizations that engage in hateful BDS conduct and withdraw U.S. government support for such groups,” Pompeo said in a joint press briefing with Prime Minister Benjamin Netanyahu.

Netanyahu thanked Pompeo for his “unwavering support” of Israel, throughout his tenure as CIA director and then as secretary of state, and went on to say that under President Donald Trump the US-Israeli relationship had “reached unprecedented heights.”

Pompeo on Thursday became the first secretary of state to ever visit a Jewish settlement. 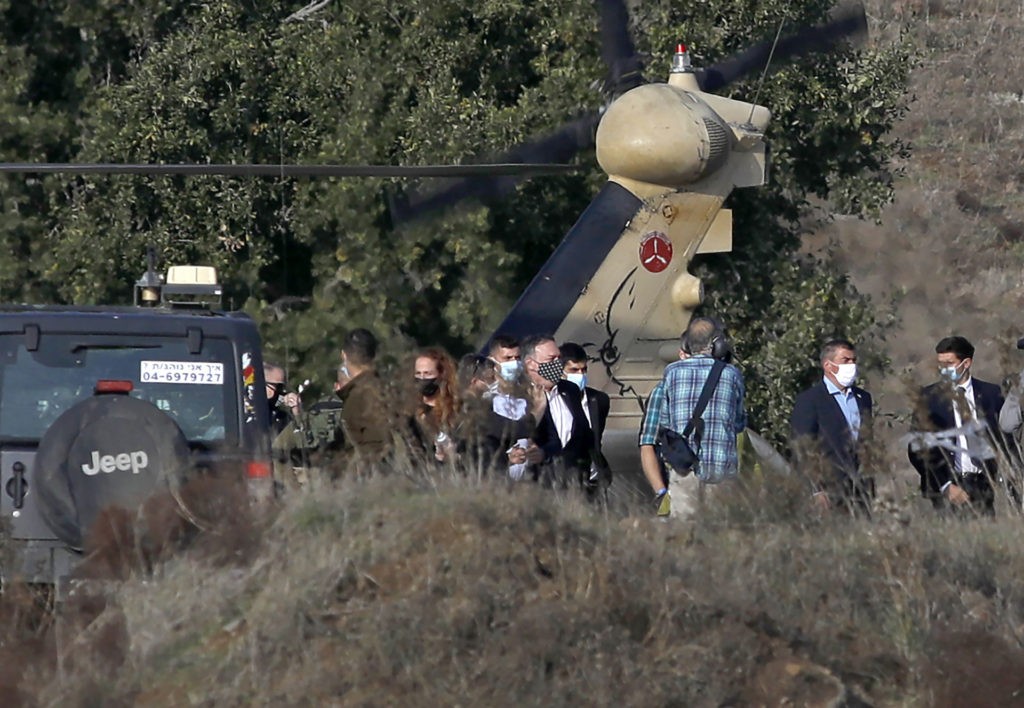 U.S. Secretary of State Mike Pompeo (C) visits the Israeli-annexed Golan Heights, near Merom Golan on the border with Syria, on November 19, 2020. – Pompeo was taking the first trip by an American top diplomat to the Golan Heights after an unprecedented stop in a West Bank Jewish settlement that infuriated Palestinians. The envoy of U.S. President Donald Trump also called the pro-Palestinian BDS movement a “cancer” that Washington would designate as anti-Semitic. (JALAA MAREY/AFP via Getty Images)

The Psagot winery visit came en route to the Golan Heights, in another first for a US secretary of state. Last year, President Donald Trump recognized Israeli sovereignty in the Golan.