The Taliban has locked women staff out of the Ministry of Women’s Affairs in Kabul, and has renamed the ministry the “Ministries of Prayer and Guidance and the Promotion of Virtue and Prevention of Vice.”

A video obtained by Reuters shows female workers that had been locked out of the newly renamed ministry. In a statement captured on video, one woman said, “we say with one voice, that we do not give our ministry to anyone. The foundation of the ministry of women has been laid for women from the beginning, and this ministry is for women. We do not give it to anyone, so please pay attention to the situation of women in Afghanistan” 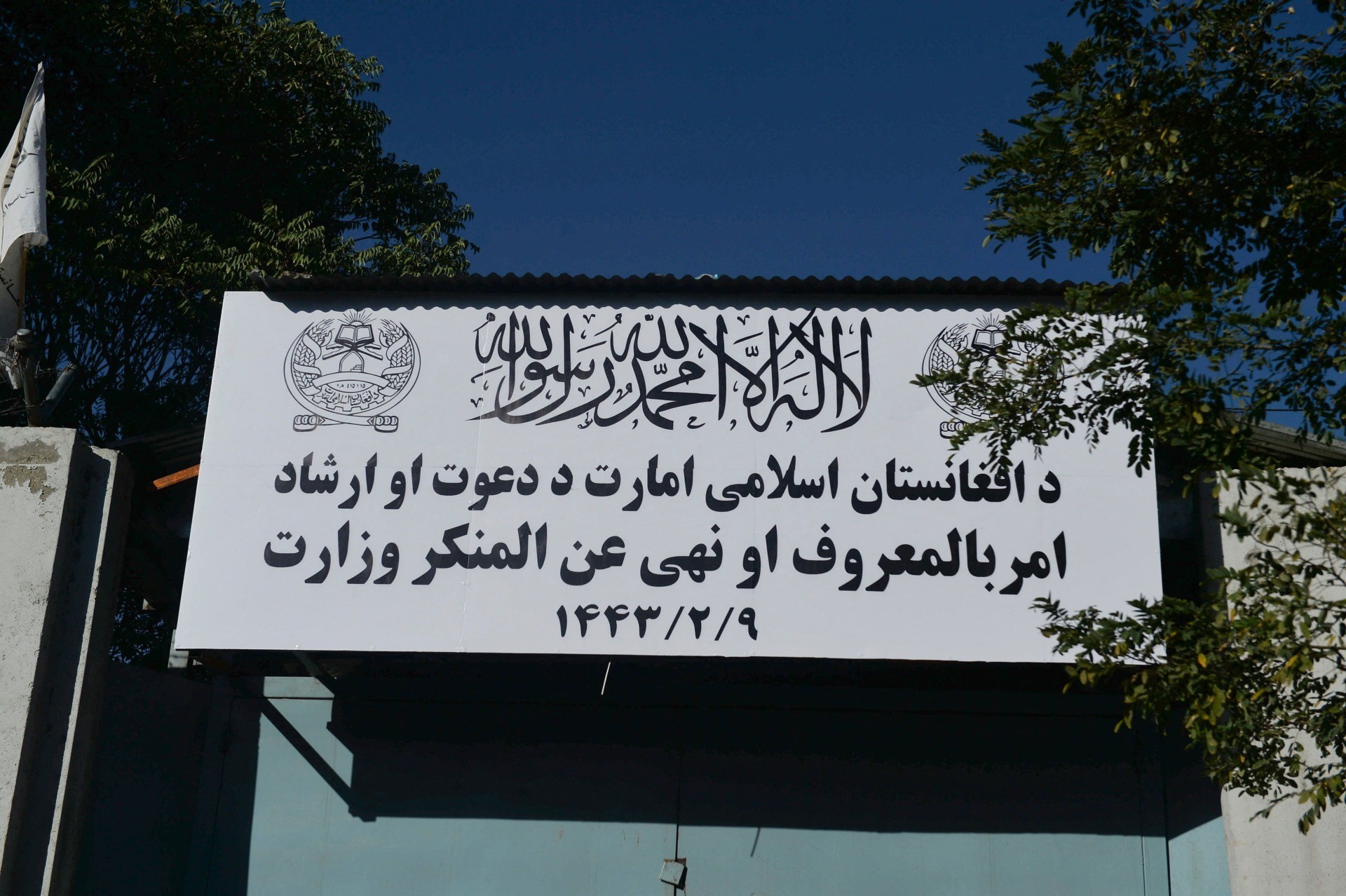 A sign of the Ministry for the Promotion of Virtue and Prevention of Vice, which replaced the Ministry for Women’s Affairs, is seen at an entrance gate of a government building in Kabul on September 17, 2021. (HOSHANG HASHIMI/AFP via Getty Images).

Another woman expressed that the women who worked for the ministry are widowed and poor, and made clear that she and others will be unable to provide for their families without the Ministry of Women’s Affairs.

“We ask the Islamic Emirate to keep our ministry in place because this is our right and we who work in this ministry are all poor and widowed,” she began. “For example, I am the only breadwinner in my family when there is no ministry, what should an Afghan woman do?” She would add, “So we demand that they keep our ministry in place so that we can work and meet the needs of our family”

The Ministries of Prayer and Guidance and the promotion of Virtue and Prevention of Vice became known as the “moral police” during the Taliban’s rule from 1996-2001. The ministry was known to strictly enforce sharia law upon women under Taliban directive.

In a Facebook post on September 17, the Taliban’s Ministry of Education announced that “all professors and students of the male class should go to schools.” The post calls into question the rights of female students who are not mentioned in the statement.

Many have feared what the fate of women would be in Afghanistan under the rule of the Taliban after the disastrous American withdrawal under President Joe Biden. Unfortunately, it looks as though previous fears are rapidly becoming a present reality.