(AFP) — France, Germany and Luxembourg have seized properties and frozen assets worth $130 million in a major operation linked to money laundering in Lebanon, the EU’s justice agency said Monday.

The seizures are linked to a probe launched by French investigators last year into the personal wealth of Riad Salameh, the central bank chief in crisis-hit Lebanon.

“Five properties in Germany and France were seized as well as several bank accounts” were frozen, Eurojust said in a statement.

The Hague-based Eurojust said the operation on Friday was directed against five individuals who were suspected of embezzling public funds in Lebanon of more than $330 million and five million euros, respectively, between 2002 and 2021.

The five suspects include Salameh, a former Merrill Lynch banker and members of his family, a source close to the probe told AFP. 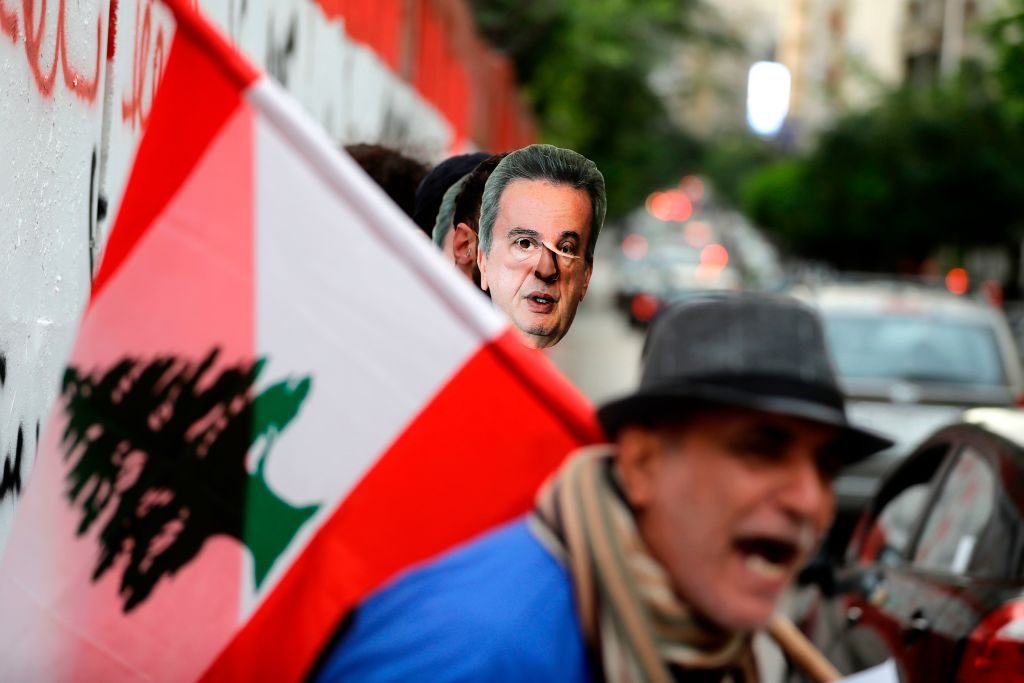 Lebanese anti-government protesters hold a mask of Lebanon’s Central Bank Governor Riad Salameh during a protest in front of the central bank headquarters in Beirut to protest against the economic policies of the bank on November 27, 2019. (JOSEPH EID/AFP via Getty Images)

A Lebanese judge last week charged Salameh with “illicit enrichment” and money laundering after he failed to attend a court hearing for the fifth time.

Legal proceedings opened against Salameh after complaints filed by anti-graft groups in April last year, supported by a group of Lebanese citizens who lost money since the crisis hit the country in 2019.

Friday’s seizures also include three properties in Germany, valued at 28 million euros as well as other assets worth seven million euros.

In Luxembourg, around 11 million euros were frozen in another bank account, Eurojust said.

The agency did not give any details on the suspects, saying “they are assumed to be innocent until proven guilty.”

In post since 1993 and once hailed by political and business leaders, Salameh has been repeatedly accused by the government of former caretaker Prime Minister Hassan Diab of being responsible for the collapse of the Lebanese pound.

Protest-hit Lebanon has approved an economic rescue plan and requested aid from the International Monetary Fund as it battles its worst financial crisis in decades. https://t.co/sc9vUa8aY1

The Lebanese public suspect him and other high officials of transferring money abroad during a 2019 uprising, when ordinary people were prevented from doing so.

The 71-year-old financial official has defended himself, saying he believed he was being made the scapegoat for the Middle Eastern country’s financial woes.

His lawyers too have called for the opening of a judicial probe, saying “it will give us access to the file” the contents of which “we contest entirely.”

“We will exercise our full remedies” in the case, Salameh’s French lawyer Pierre-Olivier Sur said.