Squad member Rep. Cori Bush (D., Mo.), who claims to “unequivocally condemn” anti-Semitism, has for years maintained a close working relationship with Neveen Ayesh, an activist who thinks Israel should “burn to ashes” along with all the Jews inside it.

Bush has been associated with Ayesh for at least the past five years, watchdog group Canary Mission said in a new video exposing Ayesh’s past vitriolic tweets.

Ayesh in the past tweeted, “#ThingsWeAllHate Jews,” in addition to “never trust a Jew.”

“I tried befriending a Jew once. Worst idea ever.”

“I want to set Israel on fire with my own hands & watch it burn to ashes along with every Israeli in it,” Ayesh wrote in 2014.

She wrote shortly thereafter: “Once again I want to personally set Israel & all the Israelis in it on fire & watch them burn to ashes. Burn you bastards #IHateYou.”

“I hope I will be alive to witness the death of Israel,” another tweet said. 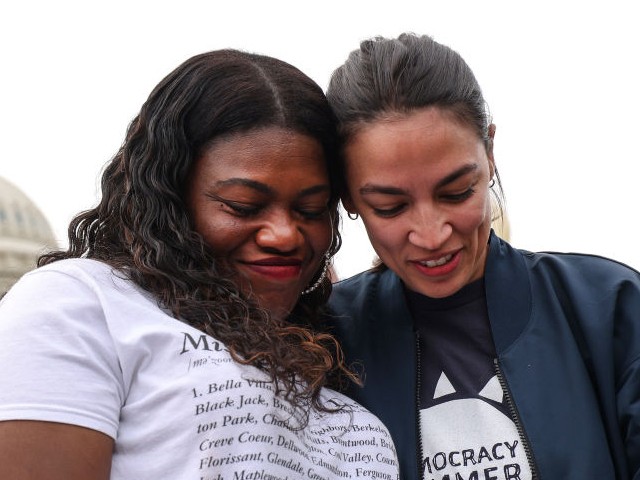 File/U.S. Reps. Cori Bush (D-MO) (L) and Alexandria Ocasio-Cortez (D-NY) embrace during a rally on the eviction moratorium at the U.S. Capitol on August 03, 2021 in Washington, DC. (Photo by Kevin Dietsch/Getty Images)

Israeli Jews “miss nazism considering they nostalgically replicate&apply its values&model unless theres something I dont get w/ Zionism,” Ayesh wrote.

As recently as February, Ayesh defended the Hamas terror group, comparing its rockets targeting Israeli civilian population centers to Ukraine’s uprising against Russia. The defense is hardly surprising, since Ayesh once confessed to harboring a secret desire to join the terror group, tweeting: “[I’d] be the first female to join their group lololol #IdLoveToThough” alongside a photo of Hamas terrorists in fatigues.

Most of the most heinous tweets have since been scrubbed.

Ayesh, who has been active in several leading anti-Israel groups, including American Muslims for Palestine, organized a 2020 fundraiser for Bush that featured Rep. Rashida Tlaib (D., Mich.), one of Congress’s most vocal opponents of the Jewish state, and Linda Sarsour, an activist who has repeatedly used anti-Semitic rhetoric. An invitation for the fundraiser, titled “Muslims for Cori,” is accessible on the ActBlue website, an online donation portal used by Democrats.

The relationship between Ayesh and Bush is raising fresh questions about the congresswoman’s support for anti-Israel causes and willingness to partner with individuals who have expressed hatred toward Jewish people.

“Neveen Ayesh has shown support for terror organizations, wants to kill every Israeli, and called being Jewish a crime worthy of the rope,” a Canary Mission spokesman told the Washington Free Beacon. “Her anti-Semitism is publicly known information. It was even discussed on the floor of the Missouri House of Representatives. However, Cori Bush had no problem benefiting from a fundraiser organized by Ayesh and enjoys a long-standing relationship with her.”

A Bush spokesman did not respond to a Free Beacon request for comment.

In a strange twist, State Sen. Steve Roberts, D-St. Louis, who is looking to unseat Bush in Missouri’s 1st Congressional District, once dated Ayesh. Following the Free Beacon‘s article, Roberts attempted to distance himself from Ayesh, saying in an “open letter” that he “briefly dated Neveen Ayesh some years ago” but ended the relationship “after her views became clear to me.”

But Ayesh said it was a “lie” and that she and Roberts broke up because “he cheated on me.”

In his letter, Roberts wrote: “My response to encountering antisemitism was to reject it. Cori Bush’s response is to embrace it. This is just one of the many reasons why I am running to unseat her.”

Ayesh took to Twitter to apologize for her anti-Semitic tweets. 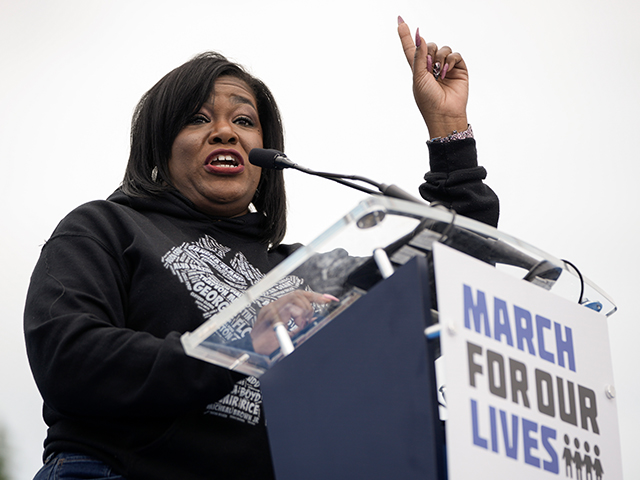 “Did I tweet horrible things I am currently being harassed about tweeting once upon a time? Yes.”

“I was young, dumb, & said horrible things that I never acted on, that I would never act on, because I am not that person.”

“My words came from a place of both pain & anger,” she said. “I grew up under occupation & spent the rest of my life watching it. Before I moved back to America, the only interaction I ever had with a Jewish person was through the IDF (Israel Defense Forces).”