The October 20, 2010, decision of the United States Court of Appeals for the 5th Circuit in United States v. Holy Land Foundation et al. (No. 09-10875) [1], involving what is reportedly the biggest terrorism funding criminal conviction in the history of the United States, is a Pyrrhic victory for the North American Islamic Trust (“NAIT”) and for its fellow Holy Land Foundation (“HLF”) co-conspirators and/or joint-venturers, the Council on American-Islamic Relations (“CAIR”), and the Islamic Society of North America (“ISNA”). In November 2008, a federal trial court in Texas found that the Holy Land Foundation was a front for Hamas, which is on the State Department’s list of “Foreign Terrorist Organizations,” described as, “an outgrowth of the Palestinian branch of the Muslim Brotherhood.” 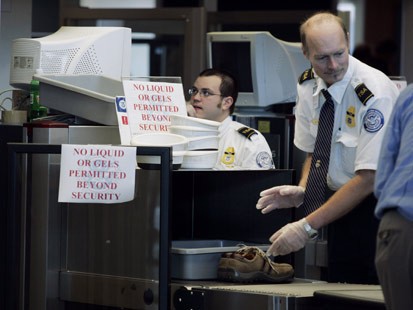 The new opinion of the U.S. Court of Appeals for the 5th Circuit, as explained below, suggests the need for the Department of Defense to review its list of “Ecclesiastical Endorsing Agents” which currently includes the same ISNA that the Court of Appeals just acknowledged — and the District Court acknowledged in its now unsealed July 2007 Order [2] — is on the “list of Unindicted Coconspirators and/or Joint Venturers.” ISNA is still listed by the Department of Defense as one of its two Endorsing Agents for Muslim chaplains serving in the United States Armed Forces.

Although the recent ruling of the Court of Appeals in the Holy Land Foundation case means that the “list of Unindicted Coconspirators and/or Joint Venturers” will remained sealed by the District Court, both the District Court’s July 1, 2007, Memorandum Opinion Order and the 5th Circuit’s October 20, 2010, Memorandum Opinion, memorialize publicly that:

The Court of Appeals, by finding that, “the district court’s decision to seal its opinion and order finding that NAIT’s rights were violated constituted an abuse of its discretion” while denying all other relief, left standing the following analyses and holdings of the District Court:

While ISNA may be entitled to notice and an opportunity to be heard under the Fifth Amendment, now that the U.S. Court of Appeals in the Holy Land Foundation terrorist financing case has publicly acknowledged ISNA’s ties to Hamas through the Muslim Brotherhood, the American People are entitled to know why their Department of Defense continues to rely on a “co-conspirator and/or joint-venturer” in support of the Muslim Brotherhood, whose stated goal is “destroying the Western civilization,” and Hamas, a designated foreign terrorist organization.