His name is Alec Ross and he is Hillary Clinton’s senior adviser for innovation at the U.S. State Department. While speaking at a summit in London, Ross made the provocative statement that social network technology is the “Che Guevara of the 21st century” due to its “facilitation of largely leaderless movements,” while doing so in a laudatory way. 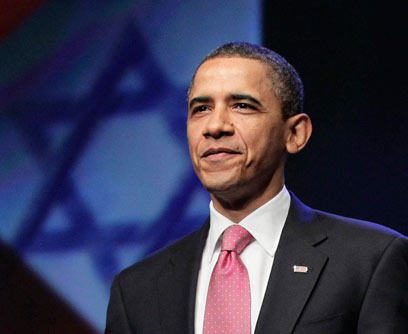 Though the Guevara comparison was certainly controversial, the most telling statements from Hillary’s mouthpiece had to do with his support for the Arab Spring. In talking about dictatorships, he asserted that the power once held by leaders like Hosni Mubarak is being placed in the hands of more worthy entities:

“The overrarching pattern that I think you can see in all of this is the redistribution of power from governments and very large institutions to individuals and small institutions.”

Not only is this statement blatantly false but it shows a complete disregard for the most powerful group behind these Arab uprisings – the Muslim Brotherhood. As an example, Ross refers to Google’s Wael Ghonim as the only recognizable revolutionary leader in the movement that is sweeping across the Middle East.

Lost on Ross is the fact that Ghonim’s day in the limelight was overtly wrested from him by none other than Muslim Brotherhood leader Yusuf al-Qaradawi, whose minions kicked Ghonim off the stage during the celebratory gathering after Mubarek fell. Ghonim left in disgrace, with an Egyptian flag covering his head. He was the quintessential example of a useful idiot.

With his words, Ross further demonstrated that he – and Hillary by extension – very possibly share this trait with Ghonim:

“The leadership of these movements is increasingly distributed and increasingly nodal as opposed to being bound by a single charismatic figure who is inspiring and organizing the masses.”

Pssst. Hey Alec, maybe you should do a google search on Mr. al-Qaradawi.

Speaking of the Muslim Brotherhood, it’s supporting another uprising just across the border from Egypt, in Libya. Not only has this been confirmed by Wikileaks and several other sources but al-Qaradawi himself has left no doubt that he supports the overthrow of Libyan leader Muammar Gadhafi; he’s even gone so far as issuing a fatwa that authorizes Gadhafi’s military to assassinate the Libyan dictator.

This leads us to Hillary Clinton who – while in Jamaica – demanded to know why House Republicans were threatening to withhold funds from the administration’s war effort in Libya, which seeks to remove Gadhafi from power. Said Hillary:

“…whose side are you on? Are you on Qadhafi’s side or are you on the side of the aspirations of the Libyan people and the international coalition that has been created to support them? For the Obama Administration, the answer to that question is very easy.”

The necessary implication of this is that our State Department is on the side of the Muslim Brotherhood, which is the entity that gave us groups like Hamas, al-Qaeda, the Council on American Islamic Relations (CAIR), the Islamic Society of North America (ISNA), the Muslim Students Association (MSA), and many more.

In this case, it is Hillary – not Congress – who should be asked about her loyalties.

Ben Barrack is a talk show host on KTEM 1400 in Texas and maintains a website at benbarrack.com