Ahlul Bayt News Agency (ABNA), reporting (October 2, 2011) about the 5th International Conference on the Palestinian Intifada in Tehran, described the conference as “including participation of parliamentary delegations including several speakers, leading political figures and scholars from 50 Islamic and non-Islamic countries as well as leaders of several Palestinian groups.” 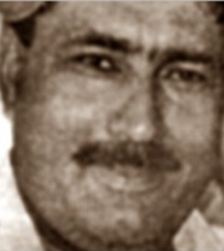 ABNA noted with some candor that the two-day conference was focused on the theme of “Palestine, a land only for Palestinians [emphasis mine].” The brief report highlighted remarks made by Sheikh Mahmoud Ashour, deputy rector of Al-Azhar University–Sunni Islam’s Vatican–that “Palestine” will only be “freed” if Muslims get united against the “Zionist occupiers,” and this “liberating” task must be pursued in unity “by every Muslim around the world… among Islamic nations.” Sheikh Ashour also declared, according to ABNA, that Egyptians were ready to die for the materialization of “Palestinian ideals.”

Despite his lofty status as an iconic figure in Sunni Islam, Sheikh Ashour is not beneath offering advice on less profound subjects; witness his December 18, 2003 “fatwa” on micturition according to proper Islamic etiquette:

Sheikh Mahmoud Ashour, an Azharite scholar, states: “Imam Muslim and others quoted Allah’s Messenger (peace and blessings be upon him) as saying: ‘When one relieves himself, he should neither face the qiblah [i.e., toward the Kabaa, in Mecca] nor turn his back to it.'”

I say to all my brothers and sisters: Jihad has become an individual duty incumbent upon each and every one of us, because our enemies have grown arrogant and have persisted in their great tyranny. In an even uglier display, they publicly declare their support and defense of injustice, even though they boast that they denounce any injustice and that they are the ones who legislate human rights. But the rights of what human are they defending and supporting? They support the unjust oppressors, the offspring of pigs and apes. [Koran 5:60]

Comparable calls for sacralized ethnic cleansing of Jews from a portion of their ancestral homeland–motivated by Islamic Jew-hatred and jihad–have long been a stock in trade of Al-Azhar and its highest level representatives. For a remarkably illustrative example, read this English translation of a fatwa written by the Grand Mufti of Egypt, Sheikh Hasan Ma’moun, January 5, 1956 (i.e., almost 10 months before the 1956 Sinai war), signed by the leading members of the Fatwa Committee of Al-Azhar, i.e., its Chairman and ex-Mufti of Egypt, and major representatives of all four Islamic schools of jurisprudence, the ex-Sheikh of the Shari’a College (Shafi’i sect), Mahmoud Shaltout (Hanafi sect), the Director of Religious Guidance (Maliki Sect), and the Director of the Azhar Inspectorate (Hanbali sect), and published the following day in the Egyptian newspaper, Al Ahram:

The question put to us reveals that the land of Palestine has been conquered by the Muslims [note: by Jihad] who have lived there for a long time, and has become part of the Muslim territory where minorities of other religions dwell. Accordingly, Palestine has become a territory under the jurisdiction of Islam and governed by Islamic laws. The question further reveals that Jews have taken a part of Palestine and there established their non-Islamic government and have also evacuated from that part most of its Muslim inhabitants…Any attack by the enemy on any Muslim country is not allowed by Islamic law, no matter what the motives or causes of such an attack may be. Muslim territory should remain in the hands of its owners…The Jihad is an absolute necessity when Muslim territories are attacked…the action taken by the Jews in Palestine is an attack on an Islamic country. It is the duty of the Muslims therein to repulse the attack by force until the country has been liberated and restored to the Muslim owners. In this case the Jihad is the duty of all Muslims, not just those who can undertake it. And since all Islamic countries constitute the abode of every Muslim, the Jihad is imperative for both the Muslims inhabiting the territory attacked, and Muslims everywhere else because even though some sections have not been attacked directly, the attack nevertheless took place on a part of the Muslim territory which is a legitimate residence for any Muslim. …Muslims cannot conclude peace with those Jews who have usurped the territory of Palestine and attacked its people and their property in any manner which allows the Jews to continue as a state in that sacred Muslim territory. Muslims should cooperate regardless of differences in language, color, or race to restore the country to its people and to secure the Aqsa Mosque which is the place where revelations were made, where prophets prayed, and which God blessed. They should protect Islamic relics and monuments against those usurpers and help the warriors with arms and other means to fight for this cause and, in furtherance of this, exert every effort until the country is purified from the vestiges of those aggressors and despots.

Those who fail to do so, refuse to help the Muslims, advocate what leads to division, thus enabling the imperialist states and Zionists to execute their plans against the Arabs and Islam and against the Arab and Islamic country, are heretics in terms of the teachings of Islam, and by this they commit the worst possible crime.

Everyone knows that from the early days of Islam to the present day the Jews have been plotting against Islam and Muslims and the Islamic homeland. They do not propose to be content with the attack they made on Palestine and Al Aqsa Mosque, but they plan for the possession of all Islamic territories from the Nile to the Euphrates.

Sheikh Mahmoud Ashour’s September 30, 2011 comments represent just the latest iteration of this ignoble living legacy espoused by the avatars of mainstream Islam, and its Sunni Vatican.