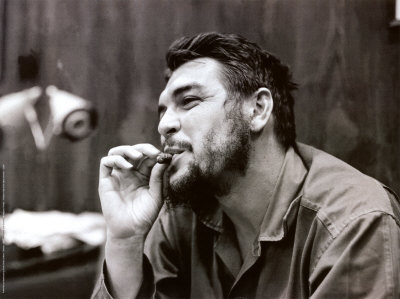 A three-year-old Afghan girl at her engagement to a cousin aged seven.

Reported by the London Evening Standard, to its own self-described “shock,” a decade after British troops entered this chronically war-torn Muslim backwater, the publication:

…has uncovered shocking evidence of an eight-year-old girl who was married off to a policeman for cash. She was sold to the officer, in his twenties, in clear breach of laws introduced two years ago to protect women. She was then the subject of a remarkable battle that symbolises the plight of girls in Afghanistan. Her story vividly highlights the failure to bring about social reforms in the stricken nation, despite the long presence of British forces. It is revealed ahead of tomorrow’s 10th anniversary of the first air strikes on Afghanistan and is a grim reminder of how once-high hopes for democracy, modern justice and social progress there have been dashed.

The child was sold to a member of the Afghan border police, a state employee, within the past year by her father in the southern Helmand district of Garmsir. A price was agreed with the father and the marriage was duly solemnized in a ceremony with a mullah. This was against Afghan state law on marriage but the ceremony gave legitimacy and status in the eyes of the communities and the families. (Religion of Peace)

The awful plight of this eight-year-old Afghan child was then compounded by an almost fittingly tragic and bizarre (to Westerners, or anyone of modern sensibilities) “custody battle,” resolved, of course, with the appropriate Islamic remedy, imposed by Muslim arbiters. Robert Fox, Defense Correspondent for the London Evening Standard provides these further unsettling details:

It was agreed in the deal that the groom would not have sex with the bride until she had passed puberty. Under current law, the legal lower age for marriage is 16. After a few months, the father returned to the bridegroom’s family to complain. In breach of the contract, the husband had attempted sex with the child bride. This was referred, with the help of international advisers and counselors, to the legal authorities. The public prosecutor and the Haquq, the local arbitrator and a key figure in community justice in Afghanistan, were requested to consider a prosecution against the abusive husband.

“The child was taken into custody,” said my source, a governance adviser from the international community. “She was examined by a US Marine doctor and was found to have been interfered with (a rather transparent euphemism for sexual abuse).” At this point, the authorities decided this was a matter not for the law of Afghanistan but community and tribal custom.

That’s because Muhammad married Aisha at age six or seven (which is consistent with her playing with dolls during the “marriage”), and “consummated” the marriage when she was nine, according to Islam’s two most trusted and “canonical” hadith collections–the practice thus becoming “sacralized” as per Islam’s totalitarian, cloacal system of religio-political “law,” the Sharia.

Here is the hard Islamic evidence of Muhammad’s “sacralized” behavior towards Aisha:

Sahih Muslim, Book 008, Number 3311: Aisha (Allah be pleased with her) reported that Allah’s Apostle (may peace be upon him) married her when she was seven years old, and she was taken to his house as a bride when she was nine, and her dolls were with her; and when he (the Holy Prophet) died she was eighteen years old.

Sahih Bukhari, Volume 8, Book 73, Number 151: Narrated Aisha: “I used to play with the dolls in the presence of the Prophet, and my girl friends also used to play with me. When Allah’s Apostle used to enter (my dwelling place) they used to hide themselves, but the Prophet would call them to join and play with me.” (The playing with the dolls and similar images is forbidden, but it was allowed for ‘Aisha at that time, as she was a little girl, who had not yet reached the age of puberty.) (Fateh-al-Bari page 143, Vol.13)

The fate of the above mentioned eight year old is, unsurprisingly, tragic. The village elders decided that the husband had breached the agreement and so should pay the bigger bride price demanded by the father. They also ruled the child should return to her husband, whatever the risk to her health, happiness and even life.