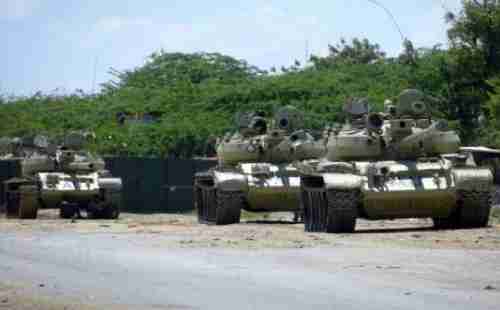 As the ethnic Dinka vs Nuer conflict continues in South Sudan, Ugandahas provoked controversy by send an unspecified number of troops intoSouth Sudan to support the Dinka side. Uganda’s President YoweriMuseveni says that the troops are purely defensive, guarding theairport and government buildings. The political opposition in Ugandais criticizing the president for abandoning neutrality.According to Wilfred Niwagaba, a Ugandan MP:

role,” said Wilfred Niwagaba, one of eight Ugandan MPs who held a newsconference in late December rebuking the president for taking sides inthe conflict and for plunging the country into war without theapproval of parliament.

“We lose what we would have otherwise gained as aneutral arbiter, so we cannot participate as an arbiter in theSudan. And regardless of how finally the war ends, our leadershipwill still be viewed as a partisan and biased partner. So thebenefits of us remaining neutral would have definitely outweighedthe advantages, if any, that are being obtained now. …

We do not know the cost of that war, both materially on thetaxpayer of Uganda, and two, the human cost. Our country nowseems to be involved in so many wars. We are in Somalia, now theSudan, the Central African Republic, but government has never comeup to give us accountability. Who spends on these troops? And isit worth the cost?”

His words are interesting, as they might have come from an Americanpolitician talking about American troops somewhere in the Mideast.

There are several conflicts currently going on in Africa. In theeast, there’s Somalia, which is jihadist. Moving west, there’s SouthSudan and the Democratic Republic of Congo (DRC), which are localethnic rivalries, and Central African Republic, which is jihadist.According to Niwagaba, Uganda is involved in all but the one in Congo,though we know from other reporting that the Congo war has spilledover into Uganda. The other two wars right now are both jihadist, inNigeria and Mali. Of the six, the Central African Republic war isdeepest into a generational Crisis era, as we’ve been reporting inrecent days, so is most likely to explode into mass carnage.

“What happens in the region affects all of us and sowe must ensure there is peace in the region. We are fighting awar.

‘I don’t want you to think that the UPDF [Uganda People’s DefenseForces] are just war mongers, Ugandans need to understand thatthis conflict is for Uganda too.”

Getting back to South Sudan, China’s involvement is very interesting.China’s politicians, as we know, become apoplectic and vitriolicwhen anyone in the West criticizes the brutal treatment ofTibetans or Uighurs, and they always insist that these arehas no problem endorsing the atrocities and slaughter conductedby Syria’s psychopathic president Bashar al-Assad.

But South Sudan is different, and the Chinese seem quite willing tomilitary force to protect South Sudan’s oil fields. This couldpotentially risk a proxy war in South Sudan, since Uganda and Sudansupport opposite sides of the conflict in South Sudan.

However, China has now abandoned all its lofty, highly moralistic “nonintervention” principles anyway. Why? Because China is desperate foroil. China has invested some $30 billion in Sudan / South Sudan oil.Oil production has already dropped by 20% since the onset of theconflict three weeks ago, and more than 300 Chinese workers have beeneliminated. So the People’s Republic of China is just as immoral asanyone else, but we already knew that, didn’t we? BBC and Guardian (London)

China has further escalated the international dispute in the SouthChina Sea by demanding that all foreign fishing vessels ask permissionbefore entering much of the South China Sea. China has adopted a kindof “Lebensraum policy,” by claiming territory in the South China Seathat has historically belonged to Vietnam, Brunei, Malaysia, Indonesiaand the Philippines, and using its vast military power to threaten andsubdue any neighboring nation that disobeys its orders. China hasalready forced the Philippines to cede the Scarborough Shoal to China,under threat of military force. The new escalation risks aconfrontation that could spiral out of control. Vietnam has alreadystated that it will ignore the new demands. VOA