In Syria, radical jihadist group Islamic State of Iraq and al-Sham (ISIS) promoted their cause through bloody footage of severed heads and crucified Syrian soldiers. The images coming out of Iraq are no less stomach-turning, but a sector of the ISIS population also aspires to promote the terrorist sect with soft music and B-roll of desert convoys.

As reported by Breitbart News yesterday, the takeover of much of northern Iraq has triggered a bizarre inclination on the part of ISIS sympathizers online to use anything from Western internet memes to the smiling faces of jihadists in lush Middle Eastern fields to promote the terrorists as kind liberators with a sense of humor. That image has been completely belied by the images released by ISIS itself–images of mass executions and torture, the aforementioned crucifixions, and Muslim women forced into a full niqab, which leaves only one open slit on the face for the eyes.

While the ISIS soldiers on the ground bring the internet images of unconscionable devastation, those online seek to highlight what they appear to interpret as good deeds. As the Daily Mail reports, propaganda videos released by ISIS claim to show the jihadists conducting humanitarian aid efforts for Muslims devastated by the Syrian civil war. 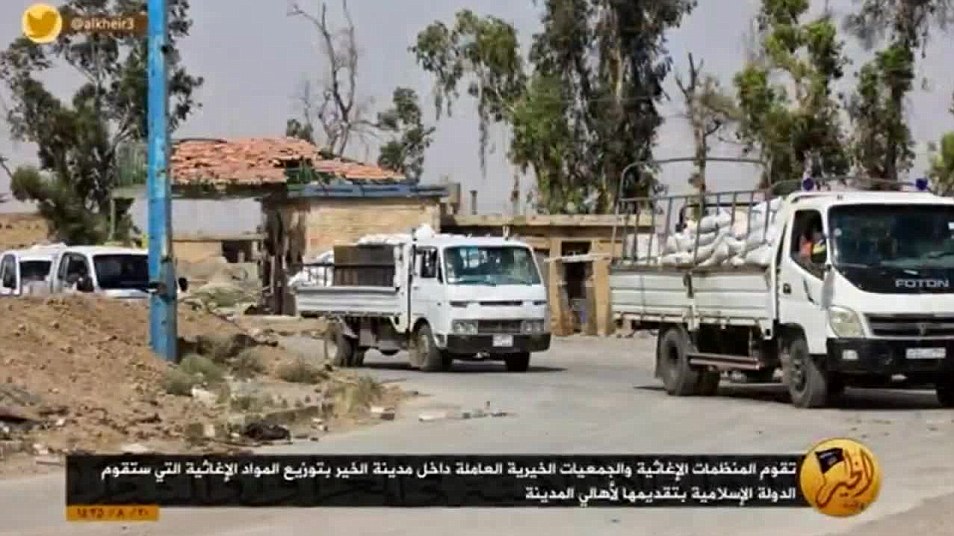 In addition to this sort of psychological warfare, ISIS has released several photos of jihadists celebrating the mass burning of cigarettes, which are banned by Sharia law. The large piles of cigarettes, larger than the jihadists posing with smiles next to it, present dramatic images of the destruction the group is capable of, with cigarettes a metaphor for Western lifestyles:

ISIS has never limited its scope to merely destroying artifacts of Western civilization, and even in mocking things the West holds dea, it succeeds in being as gruesome as possible. Last week, for example, ISIS members on Twitter celebrated beginning of the quadrennial World Cup with images of severed heads. “This is our ball, it’s made of skin,” tweeted one jihadist, using the hashtag “#WorldCup.” 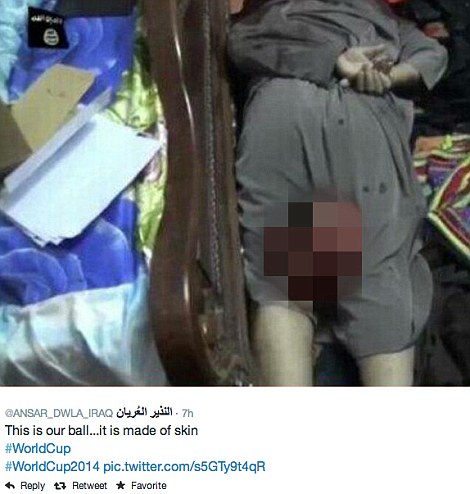 Many of the most repulsive images are saved for propaganda videos, which surface on shady corners of the internet and yield even more insight into what ISIS considers could be persuasive to recruit more terrorists. In a one-hour video called ‘Clanging of the Swords IV,’ ISIS showcases what it appears to believe is the best the group has to offer to anyone interested in joining: mass executions, vividly documented drive-by shootings, and romantic background music about the greatness of Allah. The video is extremely graphic and difficult to watch, and should not be viewed by minors or those sensitive to graphic violence. You may watch it here.

While some may argue that showcasing the violence ISIS is capable of only elevates their profile internationally, the conversation surrounding American intervention in Iraq necessitates an understanding of the group’s workings and capacity for callous violence. It requires those voting for decision-makers to understand what is at stake when groups like ISIS are permitted to thrive–what that threat means for Iraq, for Israel, and for the stability of the world.