Fighters from the Al Nusra front, the group known as Syria’s Al Qaeda affiliate, has taken an oath of allegiance to support the Islamic State of Iraq and al-Sham (ISIS) militant Islamist group.

According to the Syrian Observatory for Human rights and an Islamist website, Al Nusra fighters were seen taking the oath in the town of Albu Kamal, in close proximity to the Iraqi border. 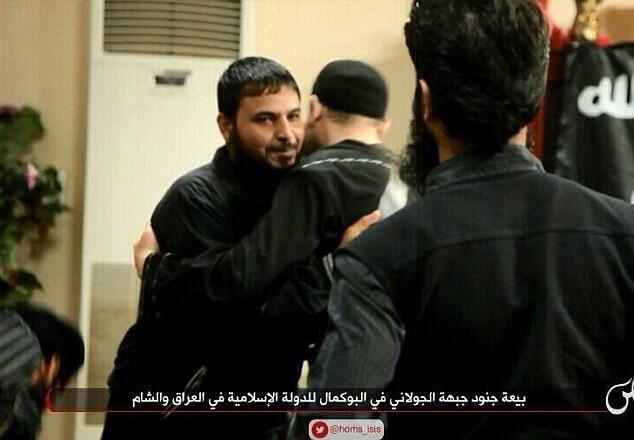 The short-term goal of ISIS is to create an Islamic state linked through Syria and Iraq. Some fighters suggest they have greater ambitions: to take over the entirety of the Levant region, which may also include Lebanon, Jordan, Israel, Saudi Arabia, and the Palestinian territories.

ISIS and the Al Nusra Front had previously clashed, going as far as to battle and kill each other over territorial disputes, occurring in areas such as Shahil, a Nusra stronghold in Albu Kamal near the Euphrates river.

Twitter photos showed the Al Nusra Front leader of the town of Albu Kamal, Abu Yusuf al-Masri, declaring his newfound loyalty to ISIS, which was observed by a high-ranking ISIS militant. 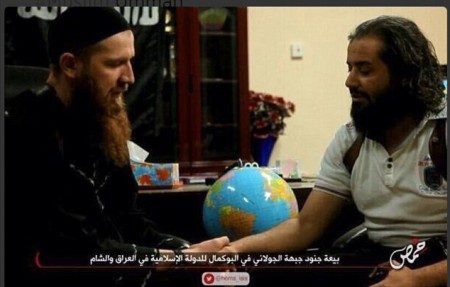 While it is still uncertain if ISIS now controls the entirety of the Al Nusra Front, the bowing of one of its leaders shows that ISIS’s recruiting efforts are gaining momentum, along with the strategic advantage the group gains securing Albu Kamal. “It is very important because Nusra is strong in Albu Kamal,” said Rami Abdurrahman from the Observatory of Human rights. He continued, “We cannot say [ISIS] controls Albu Kamal but we can say they are now in Albu Kamal.”

Some estimates suggest the Al Nusra front has a fighting force of up to 20,000 radical jihadists.