Tel Aviv, Israel– Jihadi militants fired rockets into the Ehkol area in Israel at approximately 12:20 p.m. local time, seemingly violating the 5-hour ceasefire Hamas had agreed upon between 10am-3pm so humanitarian workers could deliver aid to Gaza. The IDF blames Hamas for the incident. 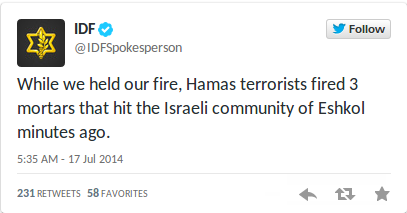 Earlier Thursday, thirteen Hamas jihadis snuck into Israel’s sovereign territory from an underground tunnel in Gaza, reportedly carrying automatic rifles and RPG rocket launchers. The IDF released a video that showed they were driven back after Israeli forces targeted their location. Hamas maintains that all of its fighters returned back to Gaza. The IDF said it had wounded a number of them. 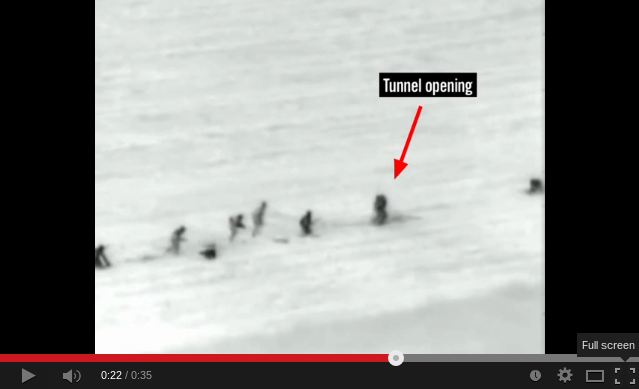 The Egyptian foreign minister said that a potential Israel-Hamas ceasefire continues to “gain momentum” to stop the “intolerable humanitarian situation in Gaza.”

“The plan has been widely endorsed by the Arab League, it has been endorsed by the European Union… and it continues to gain momentum in terms of recognition,” said the Egyptian foreign minister.

Even as Israel has now unilaterally upheld two ceasefire agreements which Hamas has rejected or violated, Former Democratic President Bill Clinton has said Israel is “isolating itself from world opinion.”

Speaking with Indian NDTV, Clinton said, “Over the long run it is not good for Israel to keep isolating itself from world opinion because of the absence of a viable peace process. In the short to medium term, Hamas can inflict terrible public relations damage on Israel by forcing it to kill Palestinian civilians to counter Hamas.” He mentioned that Hamas has a “strategy designed to force Israel to kill their own [Gaza] civilians so the rest of the world will condemn them [Israel].”