There is only one person I listen to when it comes to war and the freedom it preserves and protects: Terry Schappert.

Terry fought in the first Gulf War as a paratrooper, and in the Iraqi War as a Green Beret.

He was an active duty soldier for almost 9 years – 82nd Airborne, then Green Beret. He got out in ’97, but came back following 9/11. He’s been seen on TV in shows like Shark Week, Warriors (on History Channel), and Dude, You’re Screwed (on Discovery). Schappert is a US Army National Guard Special Forces master sergeant and martial artist who pretty much scares the crap out of me. His tattoos have tattoos. He could strangle me with a pubic hair.

“I’m still ready to take my guys overseas if we are called to do so.”

And I believe him.

I asked him some questions, about ISIS. And he provided answers. Listen and learn!

GG: If you were president what would you do about ISIS?

TS: I would confer with my military advisers (not campaign people) and craft a plan to destroy – not contain – this threat. They will not be contained.

GG: People like me are criticized as chicken hawks for pushing for war. How do you respond to that?

TS: I’ve always thought that the criticism of people who legitimately want to employ the military but were never in it was B.S. and not grounded in reality.

We, the military, work for you. You pay our salary. You do not need to have served in order to speak about the military and to debate what to do with us. Furthermore, we volunteered for this. Especially the combat units.

You don’t arrive there accidentally like some on MSNBC would like you to think. We’ve chosen this life – that’s a hard thing for the Left to understand – when the only way they can frame their world is with grievance groups…

GG: Amen. How sick are you of people repeating the phrase “no boots on the ground”?

TS: To our Leaders: STOP. Please STOP telling everyone what we WON’T do. This is a fight to the death, like it or not. These things are only being said to placate a group of people who are unwilling/unable to understand what is really at stake. Besides, the guys whose boots will be on the ground are more than willing to go if the mission is to kill the enemy with no politically correct rules of engagement to get in our way.

Telling the world that we will not put men with guns into the fight is like a boxer telling his opponent that he will NEVER use an uppercut – why would you do that? [I love this person – Greg]

GG: Hacks describe ISIS as JV. Does it matter that they are inexperienced, if their numbers are so vast?

TS: You can call your enemy whatever you like. You can express sorrow or indignation that they do what they do. They don’t care. Words mean nothing, in the end, if there is no kick to the face for someone who means to hurt you or who you love. 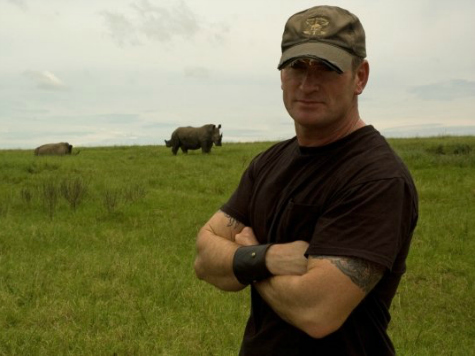 GG: Does the media not understand the role of the military? That soldiers actually know that fighting is part of the job and are okay with going?

TS: As I said above – I think the media understand on one level, but are uncomfortable ideologically with the idea that there are people out there like me willing to take a life and give mine in the cause of freedom. I am officially telling the media that they don’t have to feel bad about getting us into a fight that was coming whether we wanted it or not.

GG: What can the average fat, middle-aged person (like me) do in a world where a growing, mad death cult wants you dead?

TS: Stop voting for people, leaders and policies that will hasten your demise…

GG: People worry that ISIS mastered the art of recruitment. What should the USA do to energize or recruit the young into what might be a fight for our survival?

TS: Show the videos of 9/11. Show the beheadings on TV. Show the kids on crucifixes in the Middle East. Show all of it at inappropriate times. Then ask the viewer if they’re cool with that happening again… to THEIR family. In a commercial, ask the young men of the United States if they are ready to be men. If they are ready to stop this so that when they are old and sitting around the fire, they can tell their children and grandchildren that they picked up the sword when things were dark.

GG: Is our country so distracted that we cannot even see the evil that demands our attention?

GG:Where would you go first? And when would you stop?

GG: Should we act even if we don’t have support?

TS: Yes. If we wait for the rest of the world to get brave, we will wait a long time. The rest of the world, regarding this problem, are followers – if we take action there will be the usual complaints and hand wringing. But the real allies, our real friends – will take up arms with us. And if they don’t, f@ck them. We just had one of our citizens beheaded with a knife in front of us, with threats of more to follow. At what point are we no longer worth what we say we are?

GG: Can we win against an evil that wants the apocalypse, if we ourselves do not believe that they’re serious?

TS: No, we can’t. It is arrogant and naive to say, “I am going to end this war.” It’s not up to you. Never has been. It’s only up to your enemy if the fighting will stop. In a contest of wills, we bombed entire CITIES to break the will of our enemy. It is a different time and place, I know that. But ending a fight means our will must be stronger than our enemies’ – and I’m not convinced that right now, we as a nation are up to it. ISIS isn’t convinced either, and until we convince them by killing them, this will not end well for us…