A Twitter page that proudly sports the Islamic State flag published a photo of suspected Ottawa gunman Michael Zehaf-Bibeau with the caption: “A photo of he who would be the shooter of #Ottawa.” 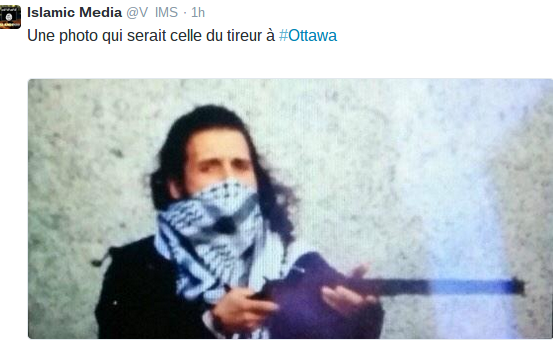 The Twitter page used the name “Islamic Media” for its profile. 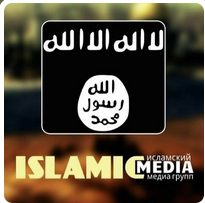 In the profile description, the user writes, translated from French, “Islam is a religion of justice and of rights and duties, not a religion of peace, tolerance, chocolate, tenderness… #knowit”

The page also has posted within the past couple hours pictures of deformed infants, writing, “These are not your children, you can sleep tonight in full carefree-ness as always.”

CBC Ottawa has reported that the picture in question is that of Michael Zehaf-Bibeau.

Michael Zehaf-Bibeau reportedly shot and killed a Canadian soldier on Wednesday morning at the national war memorial in Ottawa.

Zehaf-Bibeau was confirmed as a suspect by Canadian authorities, and CBC reports law enforcement has identified him as the shooter slain at the scene of the attack. U.S. government sources told Reuters that the man may have been named Michael Joseph Hall, and then changed his name to Zehaf-Bibeau after converting to Islam.

Twitter has since shut down the Islamic State-affiliated page.

Breitbart News cannot at this time independently verify whether the Twitter page in question is an official outlet for the Islamic State terrorist organization.

This appears to be the second fatal Islamist-oriented attack in Canada in the past two days. On Tuesday, a 25-year-old Muslim convert killed a Canadian soldier and wounded another after he ran them over.