A suspected terror attack was carried out in Israel on Wednesday when a car was used to run over civilians at Jerusalem’s light rail station near Ammunition Hill. The driver of the car attempted to flee the scene, but was shortly thereafter shot down by Israeli police. He was said to be moderately injured, according to the Jerusalem Post.

Hamas has claimed responsibility for the terror attack, according to Steve Linde, Editor-in-Chief of the Jerusalem Post.

Two individuals are reportedly in serious condition. A three-month-old baby was rushed to Mount Scopus’ Hadassah Medical Center but has died. And a 50-year-old woman is the other victim considered to be seriously injured.

A medic on the scene told reporters: “This is a terrorist who ran over pedestrians with his car at the light rail stop.” Another witness told reporters that “people were screaming” during the “horrific” attack. 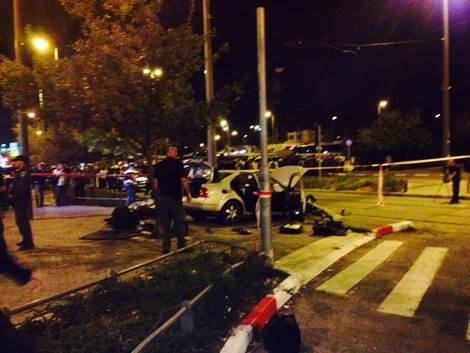 Police spokesman Micky Rosenfeld said that at 6 p.m. on Wednesday, an Arab male drove off the road into a crowded area of Jews near the train stop. “The vehicle ran over a number of people, and the suspect was shot,” Rosenfeld reported. He added that the Arab suspect is a known member of Hamas and has served time in Israeli prisons. 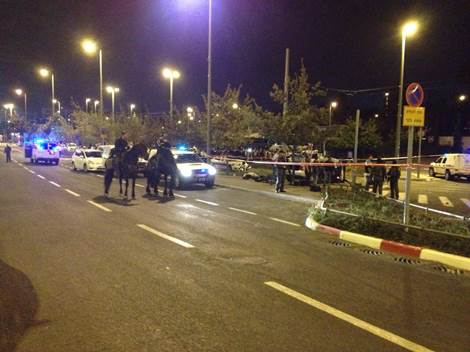 The attack was described in Israeli media as a “run-over terror attack.” The tactic has been utilized by jihadis on several occasions in recent years. In August, a Palestinian driving a backhoe flipped over a bus, killing an innocent civilian and wounding five others.