Tens of thousands are taking to the streets in a display of national unity as the Pakistani national parliament moved to condemn the French satirical magazine Charlie Hebdo for publishing cartoons of Mohammed.

Rallies saw chanting against the West and “blasphemers”, and the burning of the French flag. Yesterday, the Pakistan parliament passed a resolution on the release of the Charlie Hebdo survivors edition, which prominently featured images of Mohammed, a practice condemned by Muslims worldwide.

Placards carried by marchers included the slogans “Down With Charlie Hebdo”, “We Curse the Prophet Cartoon”, and “Making blasphemy cartoon of the Prophet is the worst act of terrorism… The sketch-makers must be hanged immediately”. 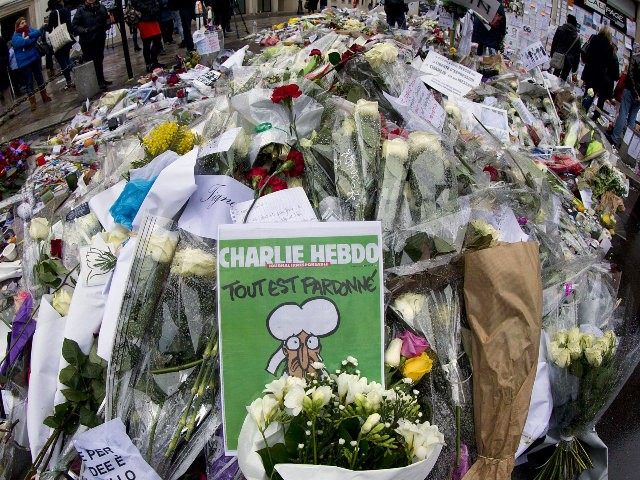 A teary-eyed cartoon of Mohammed peeps out from a pile of flowers left in tribute to murdered staff at the French satirical Charlie Hebdo. The image has outraged many Muslims worldwide. AFP PHOTO / JOEL SAGET

The parliament resolution said: “This house strongly condemns printing and reprinting of the blasphemous caricatures… and also takes serious note of the continued trend of their reproduction in numerous other newspapers and magazines of other Western capitals.

“This house genuinely believes that freedom of expression should not be misused as a means to attack or hurt public sentiments and religious beliefs”.

Pakistani police were forced to deploy water canon to the streets after the protests against Mohammed cartoons turned violent, and one photographer for international news agency AFP was shot in the chest while covering protests in Karachi, southern Pakistan, reports TheLocal.

Around 200 protesters had to be beaten back by police as shots were fired and stones thrown near the French consulate. 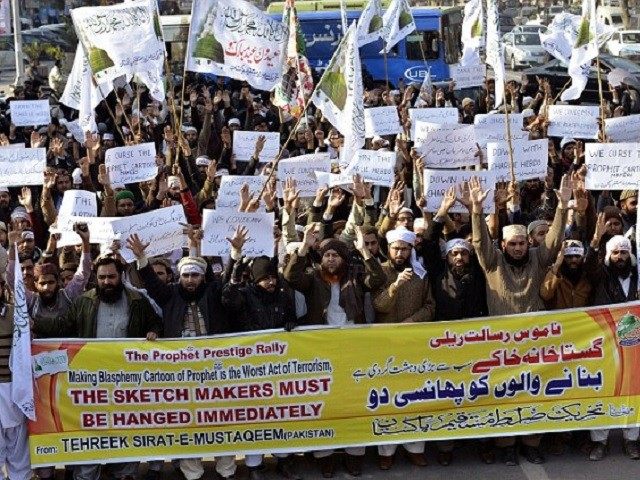 In Islamabad, dozens of lawyers joined the march, chanting “death to blasphemers”. Government Religious Affairs Minister Sardar Yousaf said “All political parties are with us … All Muslim countries should condemn these blasphemous cartoons”, reports NBC.