Over 10,000 Palestinian teenagers recently attended a terror camp hosted by the Gaza-based Al Qassam Brigades, which is the armed wing of the Hamas Palestinian terror group.

Ynet News reports that the camp teaches Palestinians aged 15 to 21 how to properly use weapons such as rifles and rockets, and how to build tunnels for conducting attacks against Israel. The program, called “Pioneers of the Resistance,” indoctrinates the young Palestinians while training them to become hardened killers. 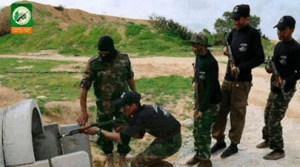 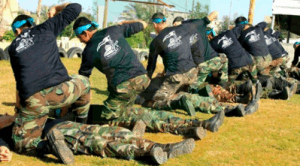 According to the Ynet report, the aspiring jihadists were trained in marksmanship using portraits of famous Israeli Jewish leaders for targets. The Hamas brigade also set up fake tunnels to train the boys how to infiltrate Israel and successfully kill residents of the Jewish state.

Hamas reportedly said that demand was so high that they had to restructure the camp to make room for all the applicants. Hamas leader Ismail Haniyeh was reportedly on hand at their Tuesday graduation ceremony to congratulate the future jihadists. In the past, Haniyeh has stated that he is not interested in peace with Israel and seeks only its destruction. He has stated regarding Israel, “We will never recognize the usurper Zionist government and will continue our jihad-like movement until the liberation of Jerusalem.” 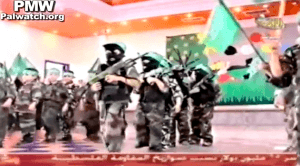