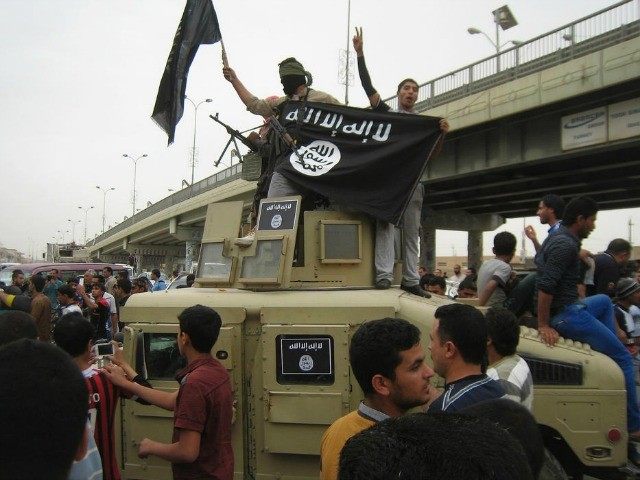 Hey, pundits, reporters and news outlets … what did you miss in the New York Times Magazine 2001 article about the philosophical father of the current radical Islamic movement, Sayyid Qutb.

He is responsible for the current fundamentalist movement we see igniting in the Muslim world. He was from Egypt but educated in the United States, and then he went back to Egypt to teach at the university level.

While in jail for the crime of being a dissident, he studied Mein Kampf and wrote the Arabic equivalent, In the Shade of the Koran.

His philosophy had nothing to do with the economic or employment excuses this administration absurdly wishes to blame. This is done to further the divide between rich and poor and justify income redistribution. It also falls in lock step with Obama’s vision of possibly dismantling America. There is no other explanation.

Qutb’s book has been taught in the madrassas since the late 1960s. He was an educated man. It’s surprising to me that people are surprised that Hooded John is from an affluent family. How can we continually let this happen, and how can the administration not celebrate Israeli Prime Minister Benjamin Netanyahu’s appearance in D.C.?

While Democrats are asking to meet him in private to shore up the Jewish vote they will boycott his public speech because they are in goose step with an administration that refuses to identify the potential Apocalypse looming over western civilization. Plus, Netanyahu will be saying things this administration refuses to admit.

Do you think I am being extreme? Go on, let me hear from those of you that want to minimize my warning by attacking my career. Do you think I give a shit? No, I care about what I see as a lie of the most egregious proportion.

Marlon Brando gave the most defining speech about what we see happening in the world today, a peek into the heart of darkness via “Apocalypse Now.” You can read the speech at the end of this article and also watch Brando’s performance on YouTube. I beg you to spread it around! No one, not one pundit, has called reference to it, but watch now as I remind you all!  Watch how it gets picked up by others and they reference it.

In the speech Brando shares how they went in and inoculated the children against polio and how, later, a group of men went into the village and hacked off the inoculated arms and put them in a heap. My dear friends this speech explains what we are up against. Unless we demand Congress define it, immediately, irrespective of what the Joker of State and all those in the administration that are on the wrong side of history are trying to snow the public with!

The denial they all have is like the behavior of someone in active addiction who denies they have a substance abuse problem. The deeper insidiousness of their denial is the harm it is doing. There is talk about the growing recruitment of ISIS in the West.

Why is this happening? I will tell you why. Right now, the leadership of United States does not stand for anything. The West, by not defining with clarity what the ideological threat is facing us, shows weakness, a lack of moral commitment to the truth and what I call the “nuanced thinking of the impotent intellectual.”

I ask my brothers and sisters in the lesbian and gay community, if it were hundreds of gay and lesbian brothers and sisters being rounded up and killed in Syria, Iraq and elsewhere instead of Christians — would you stand by and not demand from this administration a true definition and plan in dealing with this issue?

Being gay or lesbian to extremists demands the same kind of treatment the infidels are subjected to. Do you really think it may not come to fruition? Wanting marriage rights gave you a purpose. Now, I turn to you to help save the world. You all have the courage of your convictions and have faced ridicule for who you are! Perhaps you will speak out. You have the courage! What stops you?

Do you think by being quiet it may never become an issue? Please speak out. Hollywood has not! They have their collective heads in the sand.

This is what we are up against.

“I’ve seen horrors, horrors that you’ve seen. But you have no right to call me a murderer. You have a right to kill me. You have a right to do that, but you have no right to judge me. It’s impossible for words to describe what is necessary to those who do not know what horror means.
…Horror. Horror has a face … and you must make a friend of horror. Horror and moral terror are your friends. If they are not then they are enemies to be feared. They are truly enemies. I remember when I was with Special Forces … seems a thousand centuries ago … We went into a camp to inoculate the children. We left the camp after we had inoculated the children for Polio, and this old man came running after us and he was crying. He couldn’t see. We went back there and they had come and hacked off every inoculated arm. There they were in a pile … a pile of little arms. And I remember … I … I … I cried … I wept like some grandmother. I wanted to tear my teeth out. I didn’t know what I wanted to do. And I want to remember it. I never want to forget it. I never want to forget. And then I realized … like I was shot … Like I was shot with a diamond … a diamond bullet right through my forehead … And I thought: My God … the genius of that. The genius. The will to do that. Perfect, genuine, complete, crystalline, pure. And then I realized they were stronger than we. Because they could stand that these were not monsters … These were men … trained cadres … these men who fought with their hearts, who had families, who had children, who were filled with love … but they had the strength … the strength … to do that. If I had 10 divisions of those men our troubles here would be over very quickly. You have to have men who are moral … and at the same time who are able to utilize their primordial instincts to kill without feeling … without passion … without judgment … without judgment. Because it’s judgment that defeats us.”