In a recent survey conducted by AlJazeera.net, the website for the Al Jazeera Arabic television channel, respondents overwhelmingly support the Islamic State terrorist group, with 81% voting “YES” on whether they approved of ISIS’s conquests in the region.

The poll, which asked in Arabic, “Do you support the organizing victories of the Islamic State in Iraq and Syria (ISIS)?” has generated over 38,000 responses thus far, with only 19% of respondents voting “NO” to supporting ISIS. 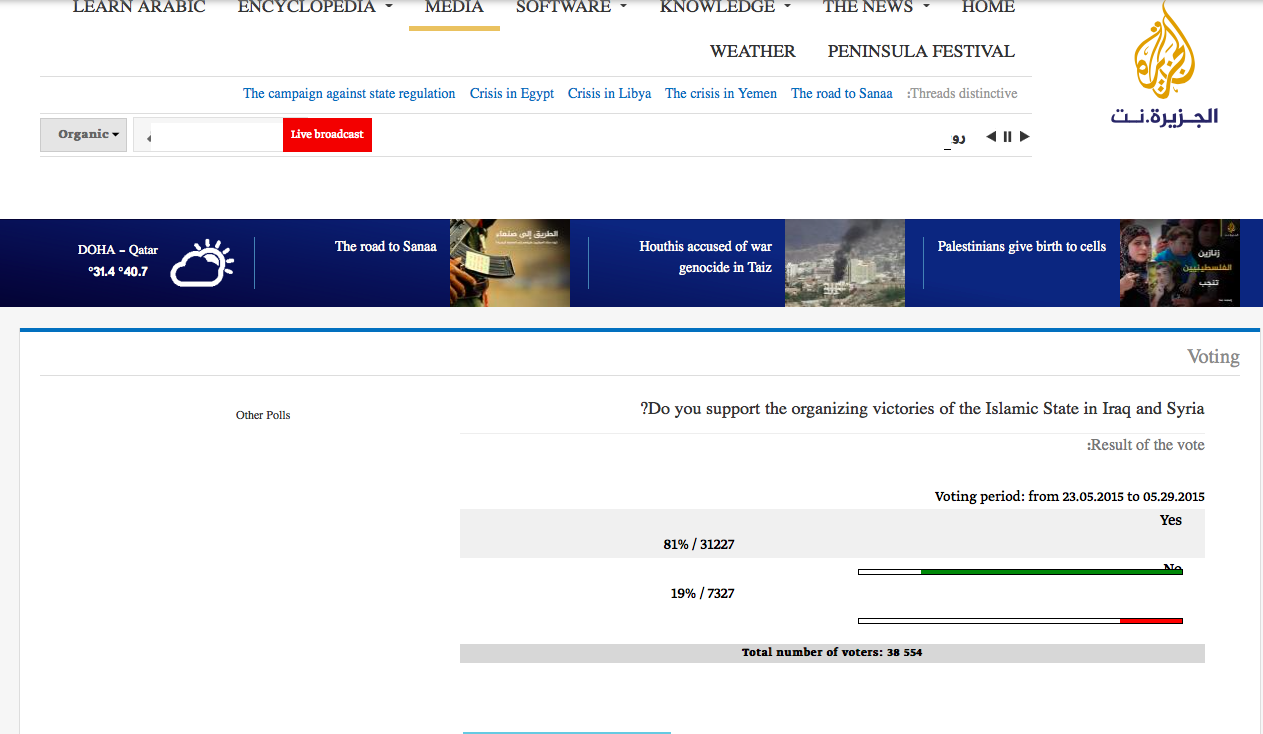 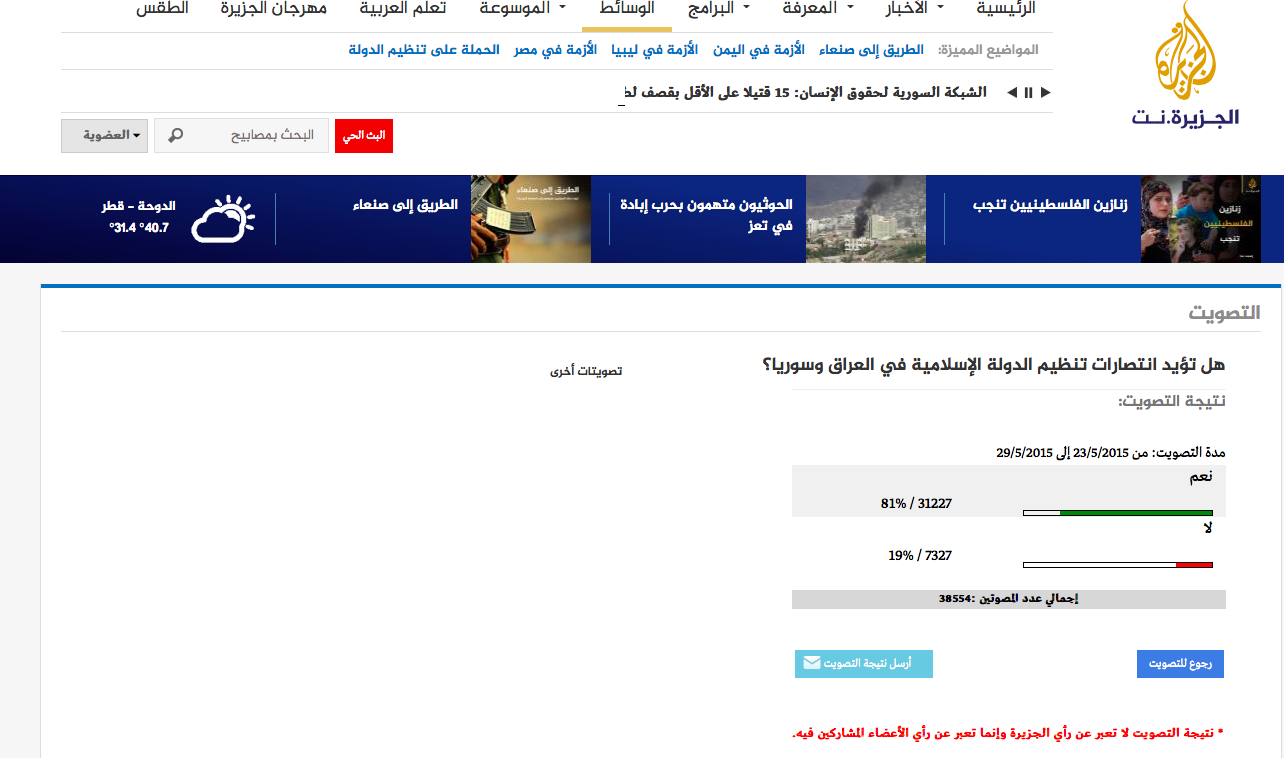 Al Jazeera Arabic’s television audience is largely made up of Sunni Muslims living in the Arab world. Its biggest viewership numbers come from Egypt and Saudi Arabia, along with a large amount of satellite television viewers in the United States, according to research estimates. AlJazeera.net is most popular in Saudi Arabia, the United States, Egypt, Morocco, and Bosnia and Herzegovina, according to the Alexa webpage analytics site. Al Jazeera claims that it has over 40 million viewers in the Arab world.

The news that an overwhelming majority of respondents to the Al Jazeera Arabic poll strongly support ISIS may not surprise long-time trackers of the controversial network. The news outfit, which is run by Qatar’s ruling family and headquartered in Doha, has a track record rife with allegations that the organization supports the narratives of Sunni terrorist groups.

Another recent investigation found that the NSA had labeled Al Jazeera’s Islamabad bureau chief as an Al Qaeda terrorist and member of the Muslim Brotherhood.