Hamas and ISIS-linked group clash in the Gaza Strip 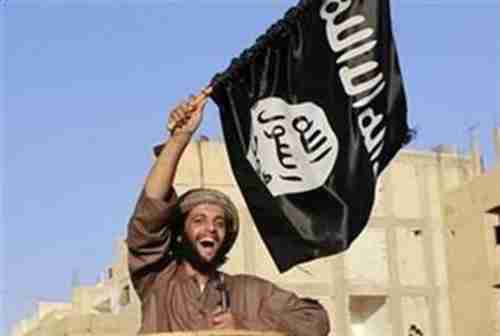 A Gaza Strip group claiming to be linked to the Islamic State (IS or ISIS or ISIL or Daesh) has given Hamas, the governing authority of the Gaza Strip, a 48-hour deadline to stop cracking down on the members of the group.

The group calls itself the “Islamic State supporters in Bayt al-Maqdis (Jerusalem)” (ISIS in Gaza), and is linked to Ansar Bayt al-Maqdis (Supporters of Jerusalem), a group in Egypt’s Sinai that has committed numerous terrorist bombings that we have reported on several times.

The ISIS in Gaza group has been conducting terror attacks against Hamas targets for the last couple of months, and Hamas has been cracking down on the group by arresting dozens of its members.

On Monday, the ISIS in Gaza group sent a statement to the media giving Hamas 48 hours to end the crackdown. The statement did not say what the group would do if the crackdown continued.

The statement included a claim taking responsibility for a rocket fired at Israel from Gaza last week. That claim could not be verified, but the rocket firing did occur on Tuesday, and early on Wednesday the Israeli Air Force attacked four targets in the Gaza Strip in response.

However, following the rocket firing, Hamas security forces arrested a number of militants from the al-Quds Brigade, the armed wing of Islamic Jihad. At the same time, Egyptian officials on Wednesday demanded that “Israel hold its aggression,” and practice restraint toward the Gaza strip. Jerusalem Post (27-May) and AP and Times of Israel

ISIS and Hamas turn on each other after Yarmouk invasion

ISIS in Gaza has apparently been operating since last Gaza’s summer war with Israel, but its existence has been denied or played down by Hamas. On November 3 of last year, the group pledged allegiance to ISIS. In response to questions about whether the group would be targeting Hamas, a spokesman said:

Hamas should not have any concerns regarding the announcement of [ISIS in] Sinai. Despite their differences, ISIS does not target Hamas, since the group is confronting the Egyptian army. [ISIS in Sinai] would protect Gaza from any possible attacks by Egyptian President Abdel Fattah al-Sisi.

That attitude began to change dramatically in April, when ISIS invaded the Palestinian refugee camp at Yarmouk in Syria in April. ( “10-Apr-15 World View — Syria’s Yarmouk refugee camp descends into the ‘deepest circle of Hell'”)

The invasion caused the latest flip-flop in Hamas’s relationship with Bashar al-Assad in Syria. Hamas and al-Assad used to be close allies, and Hamas’s headquarters were actually located in Damascus, Syria’s capital city. But then in 2011 al-Assad started massacring and butchering innocent Sunni Arab women and children in Syria, and this forced Hamas to turn against al-Assad, and move its headquarters to Doha, Qatar.

But the invasion of the Yarmouk camp has thoroughly roiled the situation again. ISIS is inflicting its usual gruesome massacres on the Palestinians in Yarmouk, and the only defender of Yarmouk is al-Assad. In particular, ISIS beheaded several Palestinians, including a senior Hamas official in the camp.

So now Hamas is tentatively allying itself again with al-Assad, at least for the purposes of defending the Yarmouk camp. In addition, Hamas promised to exact revenge.

So that all happened in April. At the beginning of May, Hamas retaliated against ISIS by demolishing a mosque used by the ISIS in Gaza group and arrested dozens of its members, including several ISIS preachers in Gaza.

In response, ISIS called Hamas “worse than the Jewish and American occupiers.” (As an aside, recall that I recently quoted an Egyptian sheik who said that Shia Muslims are worse than Jews and Crusaders.)

The clashes between ISIS in Gaza and Hamas are continuing to escalate, and ISIS is continuing to trigger further conflicts throughout the Mideast. Gulf News/Financial Times and International Business Times (16-July-2014) and Israel National News (7-May) and Al Monitor (20-Nov-2014)