A female pilot who served with the Israeli army search and rescue unit and who travelled alone to Syria to fight against the Islamic State has returned home – despite rumours of her having been captured by ISIS forces. 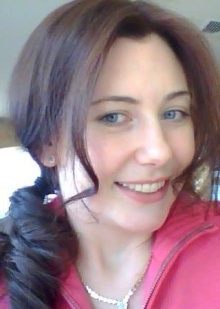 Gill Rosenberg, 31, of Vancouver, BC, travelled to Syria from Israel last year to join the Kurdish Peshmerga (YPA) forces fighting the Islamic State, becoming the first foreign woman to do so. Returning to Israel this morning, Rosenberg spoke out about her reasons for going – and her experiences while fighting in both Syria and Iraq against the Islamic State.

The Jerusalem Post reports her comments when she spoke of her motivations, and difficulties of fighting in Muslim countries, saying:

“We Jews always say of the Holocaust – never again. In my opinion that’s true not only for the Jews, but for all mankind – and especially for the women and children in Syria and Iraq. I saw children and women raped, murdered and sold into sexual slavery because of their religion.

“The Kurds love Israel and the Jewish people, but there were locals that were possibly not so supportive.

“My commanders told me to be discreet about my Jewishness and just to say that I was Canadian.”

Rosenberg had previously said that Kurdistan was very much like Israel, trying to carve out an existence in a neighbourhood of violent Islamic nations. She said:

“They [the Kurds] are our brothers. They are good people. They love life, a lot like us, really.”

Her humanitarian mission to fight ISIS seems to be the culmination of a considerable change in life direction for Rosenberg – it is reported before she became a search and rescue pilot with the Israeli forces she was involved in a ‘fake lottery’ scam in the United States for which she served four years for fraud in an American jail.

CBC reports after her release her outlook on life appeared to have significantly changed, and her Facebook posts often expressed a hope for humanity and a desire to do good.

Breitbart London reported earlier this year on the Lions of Rojava Kurdish militia, which welcomes Western fighters from countries like Britain, Germany, Canada, and the United States to fight the Islamic State. The group launched a recruitment drive in May with a remarkably frank, expletive-ridden post on their Facebook group calling for volunteers with previous military experience, or at the very least an interest in sports. Written in broken English, the advertisement lamented that:

“There is not much to eat because the f#cking Turks not let that relief supplies come over the border”.