Some called it “Divine Intervention,” while others described the timing of the Iran deal announcement during the Christians United For Israel (CUFI) 10th annual Summit as “bashert,” the Yiddish word for destiny or fate. Either way, the world’s largest pro-Israel organization, boasting over 2.2 million members, was heading to Capitol Hill Tuesday morning to look their congressional representative in the eye and tell him or her to say no to the Iran nuclear deal.

“The Iran deal is worse than the troubling reports previously indicated,” explained CUFI Executive Director David Brog to the Salomon Center for American Jewish Thought. “This is an abdication of American power and leadership in the world and it is a retreat that will endanger Israel, America and the world. We at Christians United For Israel are determined to fight this dangerous, bad, and yes—stupid deal with everything we’ve got.”

Walking through the halls of the Cannon, Longworth and Rayburn House office buildings and their Senate counterparts, CUFI’s presence was undeniable. Americans of every stripe, clad in   everything from business suits to T-shirts and shorts, toted blue and white bags and sported nametags on light green lanyards around their necks. The walls of the buildings were lined with supporters of Israel waiting to see their congressional representatives to make sure they knew how strongly they felt that the Iran deal was a loser for both the U.S. and Israel.

By close of business Tuesday afternoon, over 80 percent of House and Senate members or their staff had met with a member of CUFI.

When CUFI began planning this year’s D.C. summit “the day after last year’s summit,” nobody could have envisioned that that it would fall on the days leading up to and concluding on the day the Iran deal was announced. The original deadline for the talks between Iran and the P5+1 was November of last year. Several extensions later, CUFI summit attendees found themselves on the Hill at the most momentous time. 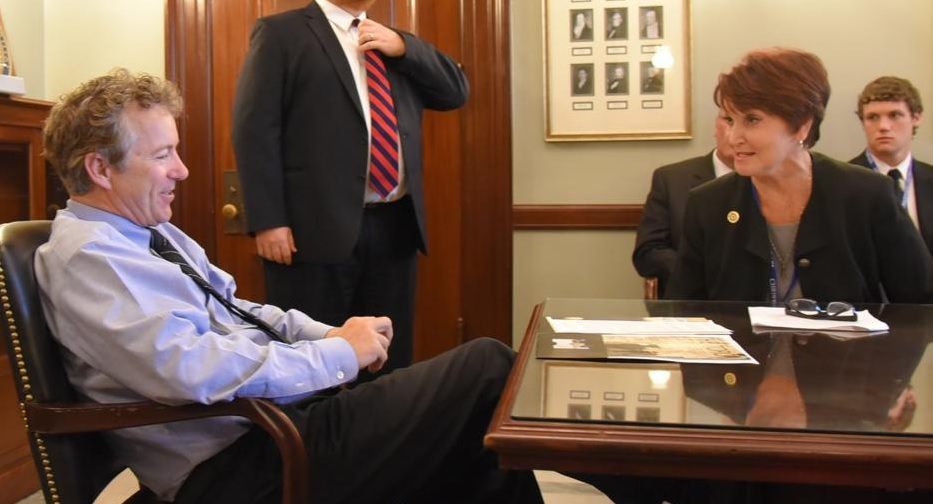 “Our first D.C. summit was held during Israel’s 2006 war with Hezbollah. Last year’s D.C. summit coincided with Israel’s war with Hamas over the summer. And now this!  We certainly could never have planned it this way – to to be in Washington at such critical junctures,” said Brog. “I’m not always the most spiritual of guys, but even I have to admit that sometimes it seems as if something greater than us is guiding our steps.”

While there was never any doubt that Iran would be a prominent topic of the summit, even as word came down that a deal would be reached at any moment, pressing matters back home were also high on the conference agenda.

Before the summit officially began Monday morning, over 500 college students gathered this past Sunday at the Walter E. Washington Convention Center for a day of education and training. As members of the organization’s college program, CUFI on Campus, their focus was on the rise of anti-Semitism and anti-Israel activity in the form of the Boycott, Divestment and Sanctions (BDS) movement on college campuses across the country.

Numerous breakout sessions were geared toward combating BDS and developing leadership skills.  But it was the words of a Holocaust survivor that brought the millennials to their feet. Eighty-five-year-old Irving Roth offered the young Christian Zionists a historical and personal perspective on Jew hatred, the hypocrisy of anti-Israel activists, and a comparison between the tactics of the BDS movement and the Nazi propaganda machine.

Patten University student Arnel Larracas told the Salomon Center, “At this conference I got all the tools I need to be effective on campus. Whether it’s the facts or the necessary leadership skills, I feel equipped to repudiate the lies being thrown around on campus. I am ready to help the pro-Israel cause!”

All announced presidential candidates from both sides of the aisle were invited to address the staunchly pro-Israel crowd Monday afternoon. Six Republicans appeared in front of the crowd – four in person (Huckabee, Santorum, Pataki and Graham) and two via pre-taped statement (Bush and Cruz). All the candidates reaffirmed their commitment to the U.S.-Israel relationship and the security of the Jewish people.