A United Nations school for Palestinian refugees in Syria has posted anti-Semitic cartoons on its Facebook page calling for the murder of Jews, leading a UN watchdog group to demand that the international organization condemn the deplorable behavior displayed by one of its educational facilities.

In the past several months, the UNRWA (UN Relief & Works Agency For Palestine Refugees in the Near East) school in Rameh, Syria has displayed cartoons promoting vehicular jihad–a practice where militant Muslims use their vehicles in an attempt to murder innocent people–against Jews. Even after being placed under scrutiny, the drawings remain on the Rameh UNRWA school’s Facebook page.

One of the cartoons posted by the UNRWA school’s Facebook page shows a man in ultra-orthodox Jewish attire (with a Star of David on his hat) running away from a vehicle being operated remotely by a young man, who can be identified as a Palestinian by his Keffiyeh, a black and white scarf popularized by the late Palestinian despot Yasser Arafat. 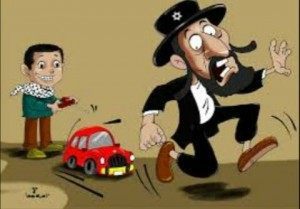 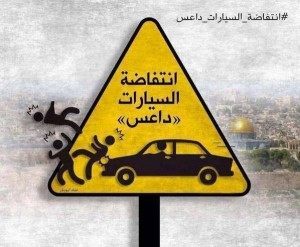 UN Watch, an NGO based in Geneva, has called for the Secretary-General of the UN to condemn the anti-Semitic posts.

“The UN cannot demand more and more funding from UNRWA from the U.S. and others while this agency, aids, abets and incites to terrorism, murder and anti-Semitism,” wrote Hillel Neuer, the Executive Director of UN Watch.

The United States remains the top donor to UNRWA, contributing over $400 million to the UN agency in 2014.

Last week, a pro-Israel blogger, Elder Of Ziyon,  found that UNRWA teachers were openly supporting terrorism and posting anti-Semitic messages on social media, and they were not facing any disciplinary action for their insensitive acts.

UNRWA has a long history when it comes to its associates calling for their students to engage in acts of terrorism. Undercover reporters have found that several of its schools indoctrinating grade school-aged children with jihadist sentiments.