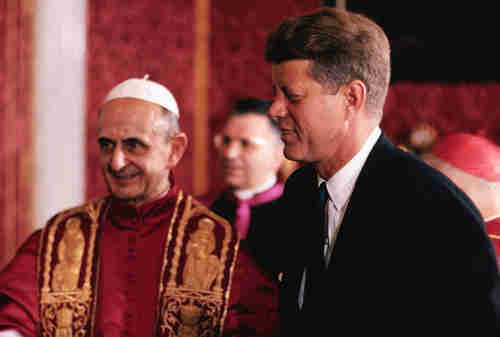 On the Sunday news talk shows, Republican candidate Ben Carson said that Islam is not consistent with the Constitution, and that therefore he would not advocate having a Muslim as president.

The following are excerpts from the Meet the Press transcript:

CHUCK TODD: Let me ask you the question this way: Should a President’s faith matter? Should your faith matter to voters?

CHUCK TODD: So do you believe that Islam is consistent with the constitution?

DR. BEN CARSON: No, I don’t, I do not. … I would not advocate that we put a Muslim in charge of this nation. I absolutely would not agree with that.

CHUCK TODD: And would you ever consider voting for a Muslim for Congress?

DR. BEN CARSON: Congress is a different story, but it depends on who that Muslim is and what their policies are, just as it depends on what anybody else says, you know. And, you know, if there’s somebody who’s of any faith, but they say things, and their life has been consistent with things that will elevate this nation and make it possible for everybody to succeed, and bring peace and harmony, then I’m with them.

What’s interesting about this controversy is that this attitude towards Muslims is similar to widely held American attitudes towards Catholics and Jews until just a few decades ago.

As I wrote in 2006 in “President George Bush talks about a ‘Third Awakening,’ but he has his history wrong,” Americans have always felt that their country was not just a religious nation, but was in fact a Protestant nation. In particular, Fundamentalist Protestants believed that, as the millennium approached, God would work through America to redeem mankind.

Early in the 1900s, many Americans viewed Catholics and Jews, especially Catholic and Jewish immigrants, as being ignorant, backward and superstitious. These religious fault lines finally began to disappear, but not because of any popular soul-searching or self-discovery. The religious fault lines disappeared because Protestants, Catholics and Jews began to unite against a common enemy: the atheistic Communists.

The debate between Protestants and Catholics became especially bitter when John F. Kennedy ran for President, as some Americans claimed that a Catholic president would take orders from the Vatican.

Here’s a summary of what happened from the Catholic Culture web site:

Catholics delighted by the possibility of having one of their own in the White House soon learned that other Americans were horrified by the prospect. Many feared that a member of an international, hierarchical church could not fulfill his presidential duty to preserve, protect and defend the Constitution. They worried that Kennedy’s Catholic faith would lead him to flout the Constitution’s First Amendment guarantee of religious freedom and prohibition against the establishment of a state church.

During the campaign, the anti-Catholicism that had lay dormant for decades re-emerged with a vengeance. Secularists warned of “fundamental” value differences between Catholics and other Americans, and suggested that the election of a Catholic President would open the door to theocracy. As Mark Massa noted in his book, Catholics and American Culture (Crossroad, 1999), Protestant fundamentalists harbored similar fears and launched a direct mail campaign to send more than 300 different anti-Catholic tracts to some 20 million homes before the election. Kennedy’s candidacy was denounced by the nine-million-member Southern Baptist Convention and a host of other Protestant churches and associations. Clergy affiliated with the National Association of Evangelicals and other Protestant groups launched a nationwide campaign of anti-Kennedy sermons to coincide with “Reformation Sunday” on October 30, 1960. Protestants opposing Kennedy were urged to wear buttons throughout the campaign season that said, “Stand Up and Be Counted” over the numbers “1517” — a reminder to follow in the footsteps of Martin Luther, who launched the Protestant Reformation that year by nailing his 95 theses to the door of the Wittenberg Castle Church.

Kennedy knew that he had no chance of ascending to the Presidency if he did not address the religious issue directly. Militant anti-Catholics would not be open to persuasion, but he hoped to answer their attacks in a way that reassured other Americans. His first widely publicized attempt to do so came in March 1959, when Look magazine published an interview in which he gave this quote: “Whatever one’s religion in private life may be, for the office-holder, nothing takes precedence over his oath to uphold the Constitution and all its parts — including the First Amendment and the strict separation of church and state.” Kennedy then highlighted his opposition to federal aid for parochial schools and to an appointment of an ambassador to the Vatican — positions that he had reversed since his earlier days in Congress, when he had supported such measures.

Kennedy’s comments sparked a backlash in the Catholic press. From America to Commonweal and to diocesan papers, editors criticized his views on church and state and his claim that parochial school aid was unconstitutional. Protestant reaction, meanwhile, ran the gamut. Some were reassured by Kennedy’s statements. Others — including some mainline Protestants who had initially defended him — were alarmed. Episcopalian Bishop James Pike said, “. . . far from posing the threat of ecclesiastical tyranny, [Kennedy’s statement] would seem rather to represent the point of view of a thoroughgoing secularist, who really believes that a man’s religion and his decision-making can be kept in two watertight compartments.” Presbyterian Robert McAfee Brown surmised that Kennedy was “a rather irregular Christian.” And Lutheran Martin Marty opined that Kennedy was “spiritually rootless and politically almost disturbingly secular.

The debate was so bitter that Kennedy had to address it in a televised speech on September 12, 1960:

I believe in an America where the separation of church and state is absolute — where no Catholic prelate would tell the President (should he be Catholic) how to act, and no Protestant minister would tell his parishioners for whom to vote — where no church or church school is granted any public funds or political preference — and where no man is denied public office merely because his religion differs from the President who might appoint him or the people who might elect him.

I believe in an America that is officially neither Catholic, Protestant nor Jewish — where no public official either requests or accepts instructions on public policy from the Pope, the National Council of Churches or any other ecclesiastical source — where no religious body seeks to impose its will directly or indirectly upon the general populace or the public acts of its officials — and where religious liberty is so indivisible that an act against one church is treated as an act against all.

According to the web site:

Kennedy’s speech appeased many non-Catholic critics. Mainline Protestant and Jewish voters warmed to his candidacy. Secular skeptics applauded his strict separationist views. And though many evangelical and fundamentalist Protestants remained suspicious, Kennedy had defused the power of their anti-Catholic appeals.

Catholics, meanwhile, had mixed reactions. Kennedy already had the Catholic vote locked up, and he proceeded to win the Presidency in a squeaker against Richard Nixon with the support of four in every five Catholic voters. But historians say many Catholic bishops secretly feared a Kennedy presidency after noticing his desperation to prove his independence from the Church, as demonstrated by his Houston remarks and hard-line positions against Church-endorsed policies.

In other words, a Catholic president may have initially excited Catholics, but in the end it was even more controversial for Catholics than it was for other people, because of all the compromises.

In 1960, many Americans, including many Catholics, believed that a Catholic could not be President without violating the Constitution. Kennedy was able to obtain the approval of Americans by compromising his religious values with his political values. Catholic politicians do that all the time with issues like abortion.

Now imagine a Muslim running for President. Ben Carson didn’t give a reason why he felt that a Muslim could not be President without violating the Constitution. Perhaps he will in the coming days.

Unfortunately, religious prejudice is common in all societies, even in America. When Barack Obama in 2008 said that bitter people “cling to guns or religion or antipathy toward people who aren’t like them,” he was expressing his prejudice against Christian values, and equating religion with xenophobia. And there was a great deal of anti-Jewish prejudice expressed by numerous politicians during the recent debate over the Iran nuclear deal. One can only imagine the uproar at the prospect of a Jewish presidential candidate. NBC Meet the Press and Catholic Culture

There’s a reason why Alexis Tsipras, the leader of Greece’s far left Syriza party, chose this particular weekend for his call for snap elections. It’s because he hoped to be reelected before Greece’s next major financial crisis begins, which it will very soon.

He campaigned on promises that could never be fulfilled. He promised that he would convince Greece’s lending institutions — the European Commission (EC), European Central Bank (ECB) and International Monetary Fund (IMF), formerly known as the “Troika” — to write off most of the 300 billion euro debt, that no more harsh reforms would be required, that there would be a splurge in government spending, and that laid off public sector workers’ jobs would be restored.

It was all a lie, but it got him elected. After months of government chaos that was disastrous for an already wrecked economy, Tsipras suddenly called for a national referendum on the bailout reforms. The Greek people decisively voted down accepting the austerity reforms that had been demanded by the lenders.

So then the EU gave Tsipras a “take it or leave it” ultimatum, meaning that he had to agree to new austerity reforms that were even harsher than the ones that had been rejected in the referendum, or else Greece had to leave the eurozone, and return to the drachma currency. This was a time, in July, when the banks and stock markets were closed, and the economy was in serious decline.

Tsipras agreed to the harsher austerity measures because European officials were “holding a knife at my neck.” The Europeans agreed to a new 86 billion euro bailout loan in return for the austerity measures, which address various economic issues, including Greece’s bloated public sector, curbing tax evasion and corruption, privatizing public businesses, and adjusting generous pension and minimum wage policies.

Greece’s social security system is being described as “a ticking time bomb ready to explode,” with 4 billion euros of obligations owed to pensioners. It may have to be changed beyond recognition.

But there is still a price to be paid. Greek officials have to implement deep austerity reforms within the next month, or Greece will not receive the next bailout payment in time to avoid going bankrupt. Germany’s finance minister Wolfgang Schäuble apparently is still in favor of “Grexit,” Greece leaving the eurozone for five years.

The lucky Greeks are fortunate to be at the epicenter of two cataclysmic crises — the bailout crisis and the migrant crisis. The next few weeks are going to be one traumatic episode after another. Kathimerini (Athens) and Reuters and Kathimerini