UnitedHealth warns of end to its Obamacare business 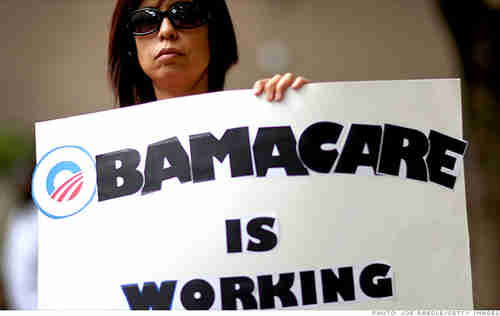 UnitedHealth Group, the country’s largest health insurer, announced on Thursday that it was expecting to lose $600 million on Obamacare policies in 2016 from the health insurance exchange websites, and may terminate its Obamacare business by 2017.

This was a sudden turnabout for the company. It was just a month ago that the company had said in an earnings call that they expected to expand their Obamacare coverage in 2017. According to Dave Wichmann, president and CFO, on October 15:

The annual care ratio is being modestly affected by the performance of our new [Obamacare] public exchange benefit programs which now served nearly 550,000 people. Like others we observe market-wide data this past spring that suggested the risk pool served by public exchanges would require more medical services than original expectations. Rather than wait for our own experience with our new members to fully developed, we increased rates and repositioned certain products market by market for 2016, and we expect improved performance next year. We will expand to 11 new markets in 2016, and we continue to expect exchanges to develop and mature over time into a strong viable growth market for us.

He went on to repeat his view that the increased rates meant increased profits: “[I]n the first half year, this year, we got industry data that suggested that the underlying use of medical services in that population was high and higher than we thought, and the good news is we use that information as the foundation for our 2016 pricing. So we put in strong price increases. Average increases across the country are in the double-digits. … So as we look at our exchange business for 2016… we expect to see very nice improvement year-over-year.”

However, despite the double-digit price increases for 2016, it now appears that UnitedHealth is going to lose a great deal of money in 2016, and this only became apparent in the last month. According to CEO Stephen J. Hemsley on Thursday:

In recent weeks, growth expectations for individual [Obamacare] exchange participation have tempered industrywide, co-operatives have failed, and market data has signaled higher risks and more difficulties while our own claims experience has deteriorated, so we are taking this proactive step. We continue to be pleased with the growth and overall performance of our Company outside of the individual exchange products and look forward to strong, positive and broad based earnings growth across our enterprise in 2016.

Across the board, Obamacare premium prices are increasing 20.3% for 2016, but apparently that is not enough. Hemsley wanted to emphasize that the recent change in market data was across the industry, not just for UnitedHealth, suggesting that other insurance companies may wish to follow suit.

Obamacare appears to have entered an insurance industry “death spiral.” Basically, too many sick people are signing up, and too few healthy people are doing so. This causes prices to surge, and that causes fewer healthy people to sign up. The death spiral continues until the insurance program collapse completely. The 20.3% price increase for 2016 is probably the cause of the current round of the Obamacare death spiral.

Obamacare’s fate may now depend on whether other insurance companies follow UnitedHealth. According to analysts, insurers lost about $2.5 billion through Obamacare exchanges in 2014. But the other two large insurers, Aetna and Anthem, have made no comment on today’s announcements, but in the past they have said they are willing to continue losing money on Obamacare for a few years. Minneapolis Star Tribune and Business Wire and Seeking Alpha (October 15) and Bloomberg

As long time readers are well aware, in July, 2009, when Obamacare was first announced, I wrote that Obama’s health plan is a proposal of economic insanity. I compared it to President Richard Nixon’s wage-price controls, and I predicted that it would just as much an economic disaster as Nixon’s price controls.

When they were first launched, Nixon’s price controls were extremely popular. The rules were initially simple, in that no prices could rise except for raw agricultural products. As one politician said, “Remember, Virginia, when it’s a cucumber you can raise the price, but when it becomes a pickle, it’s frozen.” Otherwise, a business could only raise a price by filling out a form and getting Washington approval.

Two years later, prices of virtually all commodities — foodstuffs, minerals and petroleum — exploded, reaching historic highs. The inflation rate was 11% in 1973, two years after the price controls were launched. Nixon doubled down on his bad policy, and on June 13, 1973, he decreed a new price freeze. The administration said that the inflationary bubble of 1973 was expected to be a “temporary aberration” which would dissipate.

They did not dissipate. The rules kept changing in the hope of bring inflation down, but it kept surging. The shortages of gasoline, heating oil, red meat, soybeans and numerous other products, together with ruinous price increases, finally discredited price controls in the eyes of the American people, and they were allowed to expire on April 30, 1974, just less than three years after they began.

As I predicted in 2009, Obamacare followed almost exactly the same trajectory of the Nixon price controls after it was launched on October 1, 2013. Actually the Obamacare launch was much worse than the Nixon price control launch, because Nixon did not have any management disaster similar to the Healthcare.gov web site. (See my August article, “Healthcare.gov — The greatest software development disaster in history”, which I posted after months of extensive research.)

However, once the Healthcare.gov problems were relieved, it appeared to the general public in 2014 and early 2015 that Obamacare was working. In 1973, two years after launch, Nixon’s price controls began to be in serious trouble, with severe shortages of commodities and skyrocketing prices.

Today, two years after its launch, Obamacare is in serious trouble. Most new patients are on Medicaid which is just as bad as being uninsured, and prices are exploding by 20.3% in 2016. Obamacare is in a death spiral, and if it continues to follow the same trajectory as Nixon price controls, then it will be so unpopular in 2016 that it will collapse completely.

At any rate, it is pretty amazing how closely the two parallel each other. Maybe there is some undiscovered law of economics that says that all hare-brained economic policies never last more than three years. Nixon’s wage-price controls – Forty Years After The Freeze

The Administration has been claiming the success of Obamacare because millions of previously uninsured people are now insured. As I have pointed out many times, this figure is a fraud, because the deductibles are so high that for most people Obamacare insurance is more expensive than no insurance at all, and so these people are effectively still uninsured.

The New York Times, whose reporters have been fawning lapdogs for President Obama and Obamacare, came out with an article this week saying that the high deductibles make Obamacare all but useless. The median deductible is about $5,000, meaning that the policy pays nothing unless the medical bills exceed $5,000. This means that the insurance is mainly for protection against a serious illness that could cause financial ruin.

The NYT article quotes several people saying things like, “The deductible, $3,000 a year, makes it impossible to actually go to the doctor. We have insurance, but can’t afford to use it.” These are the sorts of stories that one could formerly only hear on Fox News.

It appears that Obamacare has lost the NY Times. Can it survive for long after that? Bloomberg and NY Times