Muslim prayers on Fridays at the United Nations headquarters in New York have begun taking up a large area next to the General Assembly Hall, shunning a designated ecumenical prayer area.

There was no formal decision by the UN to host Muslim prayers.  The space has simply been booked without further explanation.

Muslim prayers at the UN have been operating for some time, though UN staffers are tight-lipped about when they began and who started them.

There is an ecumenical “meditation room” – without religious markings – that is continually open to the public and adherents of any faith. A plaque outside explains that the room was “personally planned and supervised in every detail” by former UN Secretary-General Dag Hammarskjold in 1957. Hammarskjold’s aim was to create “a place where the doors may be open to the infinite lands of thought and prayer. People of many faiths will meet here…[I]t is dedicated to the God whom man worships under many names and in many forms.”

Prior to recent renovations, Muslim prayers had used a remote venue on a floor above the library. 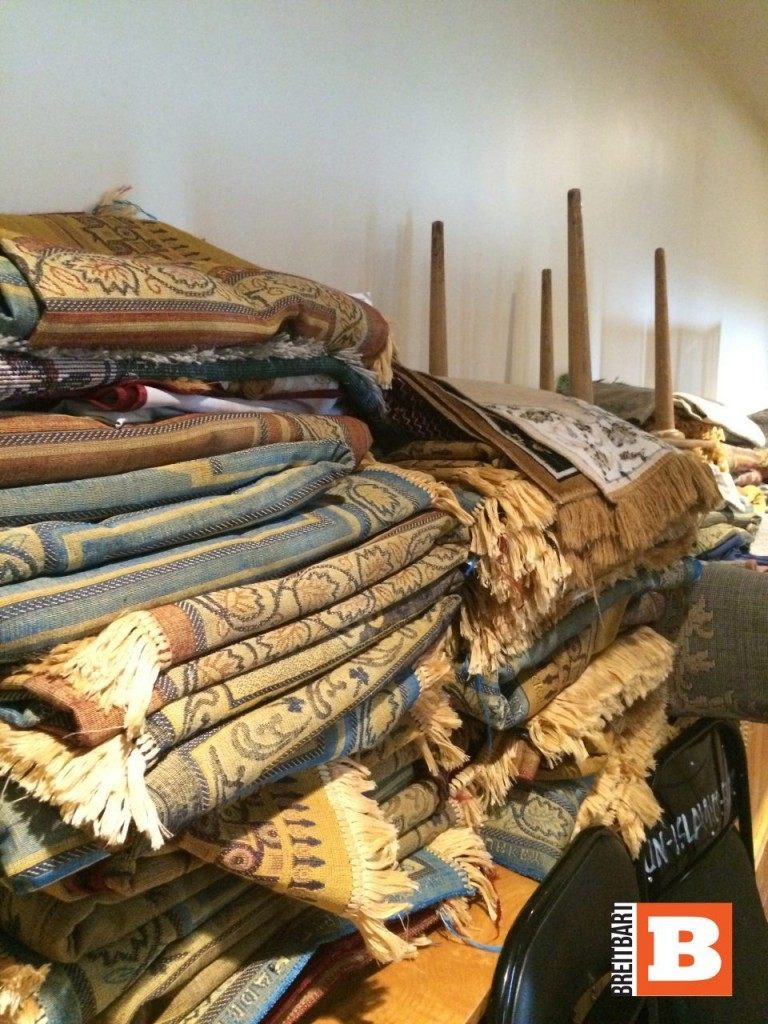 Today, one finds dozens of prayer rugs permanently set aside for use every Friday in the General Assembly building. The space is booked – the UN won’t say by whom – from 11:45 a.m. to 3:00 p.m., and unavailable for anything else.

Muslim prayers are now so popular that they spill into the path of public tours, with upwards of hundreds of shoes lining the halls. 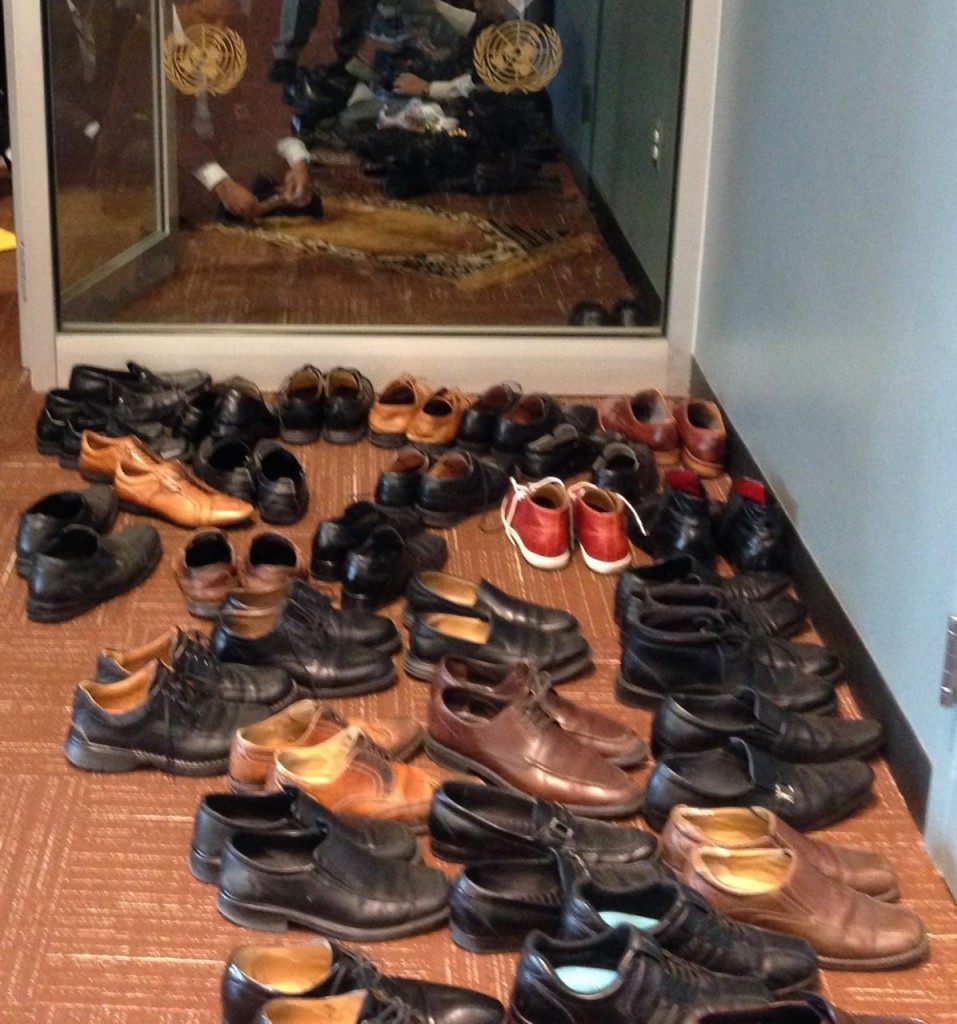 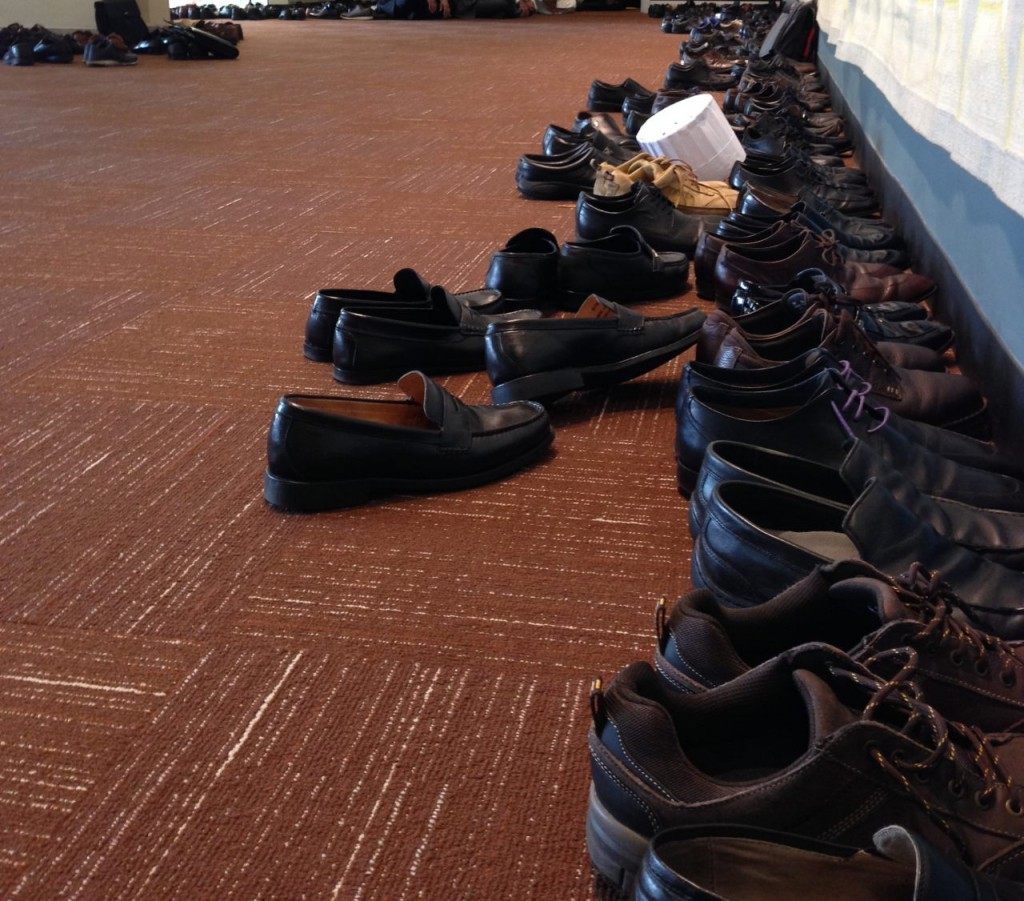 By contrast, Christians, Jews, Hindus, and members of other faiths do not hold their regular services at the UN.

Evidently, just one religion finds the ecumenical room insufficient for its purposes. This despite a UN Charter that promises to reaffirm “equal rights,” and to promote “respect for human rights and for fundamental freedoms for all without distinction as to religion.”  Not to mention the host country’s commitment to the separation of church and state.

American taxpayers recently contributed half a billion dollars to renovate the UN. Little do Americans know that their money funded space for Friday Muslim prayer services. 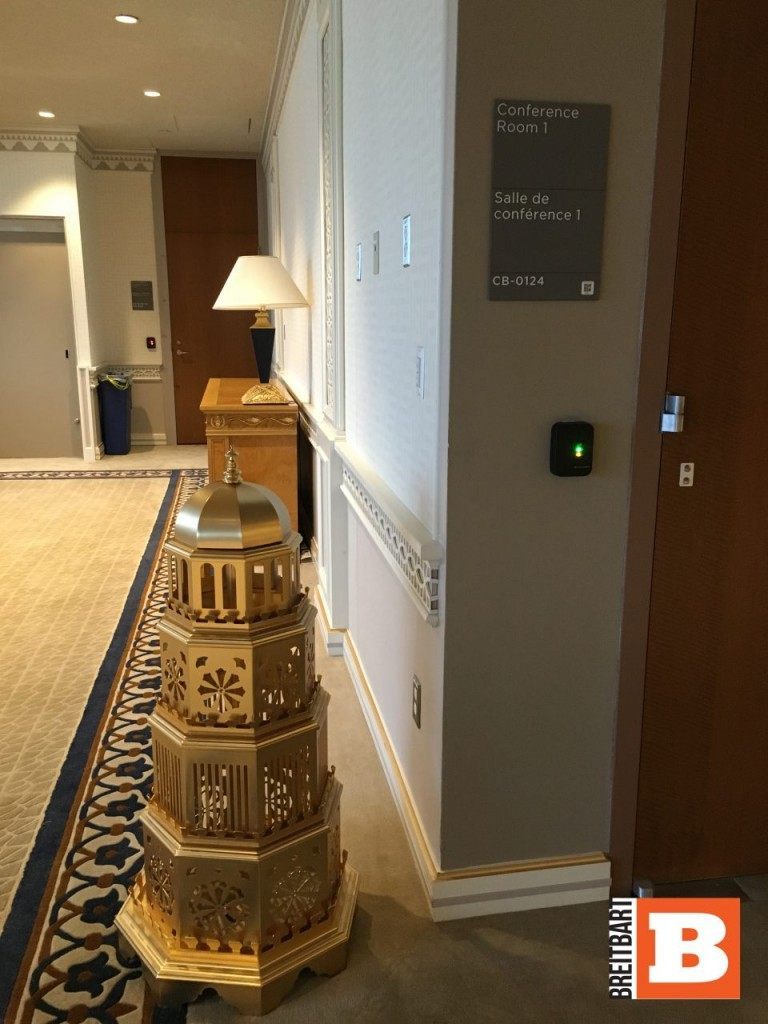 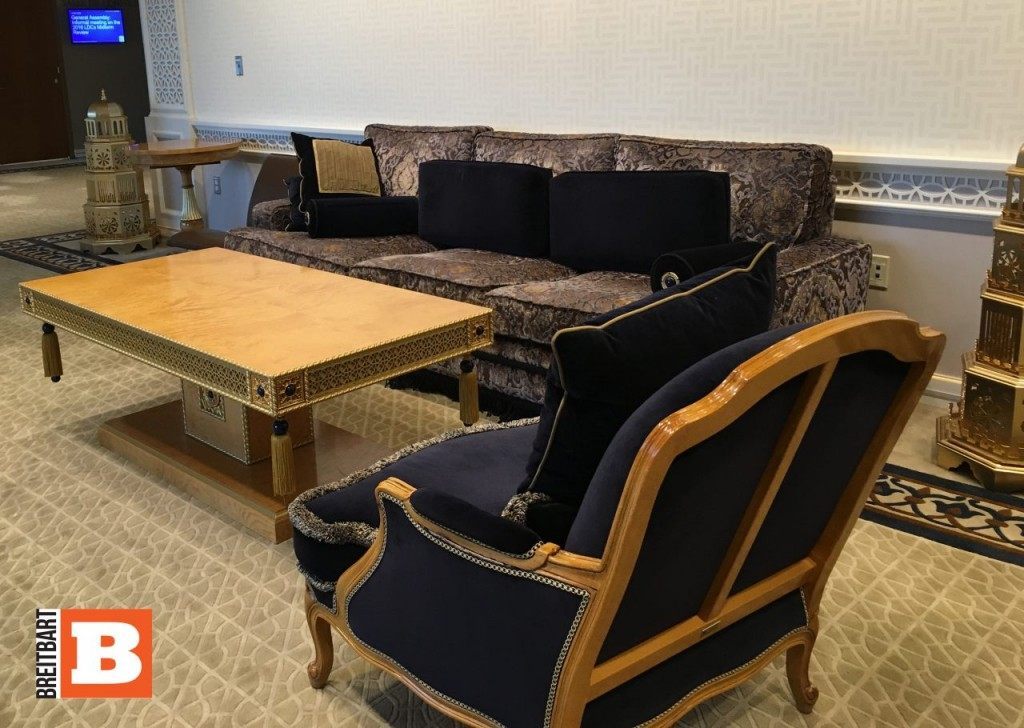 Qatar paid only about $4 million as its mandatory assessed contribution to the Capital Master Plan, and then added a bit for the following East Lounge touches: black and gold embroidered couches, chairs, pillows, and engraved tables, with six gold-colored ornaments reminiscent of minarets. Or, as UN Secretary-General Ban Ki-moon put it: “I am especially grateful that this lounge reflects Qatari culture.” (Among other things, Qatar is known to bankroll terrorist organizations like Hamas.)

The UN donations website claims that there was a renovation “policy” developed to govern spaces in the building that were “available for adoption” – but the policy is mysteriously unavailable. Perhaps it is the same policy that has resulted in the obscene repositioning of the UN’s revisionist “Palestine” exhibit next door to the Holocaust exhibit.

UN indoctrination isn’t subtle, and it isn’t cheap. With the Organization of Islamic Cooperation having colonized the place, perhaps it is about time somebody asked those wanting to be the next American president why we are paying for it. 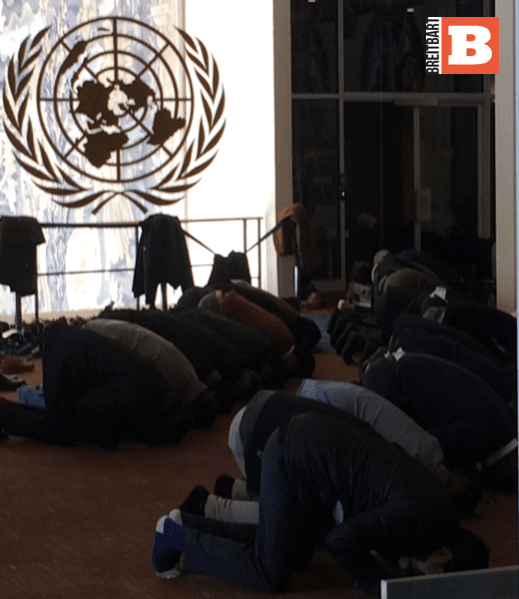