But you’ll never guess how the BBC chose to report the incident when news first broke.

No, actually, you probably will. 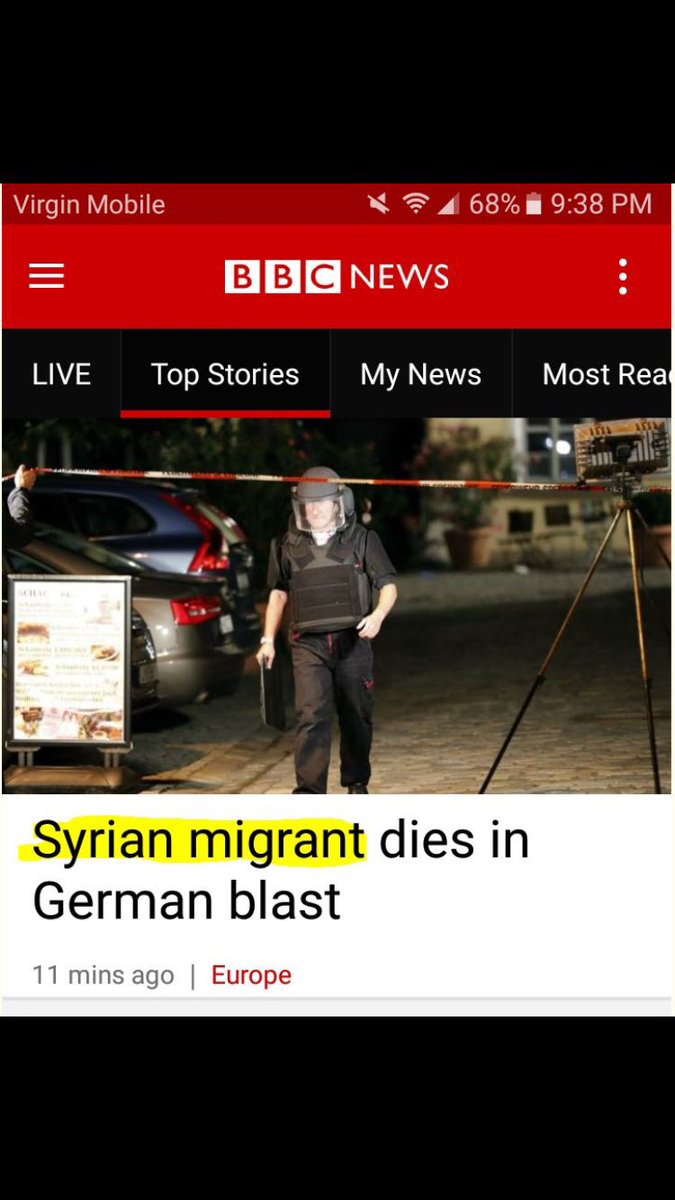 Those pesky German blasts, eh? There you are – an ordinary, decent Syrian migrant wandering around a German city one evening with a rucksack packed with explosives strapped to your back – when, through absolutely no fault of your own, the bloody thing only goes and blows itself up, taking you with it.

Could happen to anyone.

Still, the good thing is that the German authorities aren’t jumping to any conclusions. Here’s Bavaria’s Interior Minister quoted in the BBC article, which has now had its headline changed to ‘Ansbach explosion: Syrian asylum seeker blows himself up in Germany.’

“We don’t know if this man planned on suicide or if he had the intention of killing others,” he said.

Fair point. It’s the dilemma everyone goes through when contemplating suicide. Do I overdose on pills? Or slit my wrists in a hot bath? Or hang myself? Or should I just take the simple, painless option of going onto the internet, downloading a bombmaking manual, assembling all the ingredients, stuffing them in a rucksack with lots of bits of metal to make sure I’m really properly deaded, then heading towards the nearest music festival so that I can enjoy a few top choons in my final moments and perhaps share my personal tragedy with a few others….?

What with all this Islamic terrorism about it would be all too easy for the more closed-minded among us to jump to premature conclusions. Thank goodness organisations like the BBC and the Guardian are there to wag their fingers at us when we do!