Americans across the country are commemorating the December 7, 1941 attack on the military base in Pearl Harbor, Hawaii today – an attack that sunk 12 battleships, obliterated hundreds of aircrafts, killed thousands, and forced the United States into World War II.

As occurs annually, the U.S. military observed a moment of silence today at 7:55 AM Hawaii-Aleutian Time, the moment in which the surprise Japanese onslaught began. 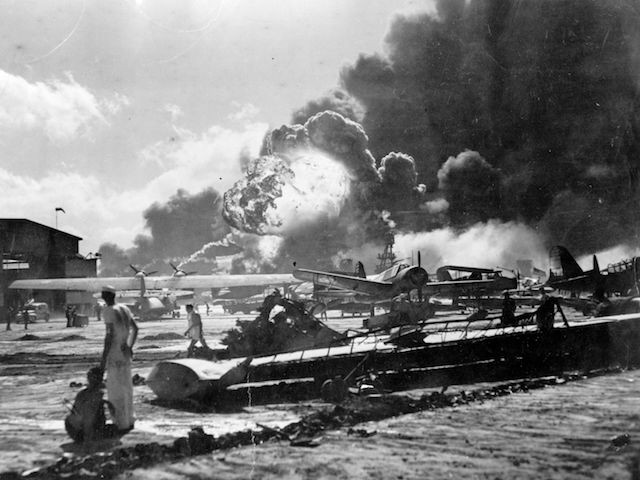 An explosion at the Naval Air Station, Ford Island, Pearl Harbour (Pearl Harbor) during the Japanese attack. Sailors stand amid wrecked watching as the USS Shaw explodes in the center background. The USS Nevada is also visible in the middle background, with her bow headed toward the left. (Photo by Fox Photos/Getty Images) 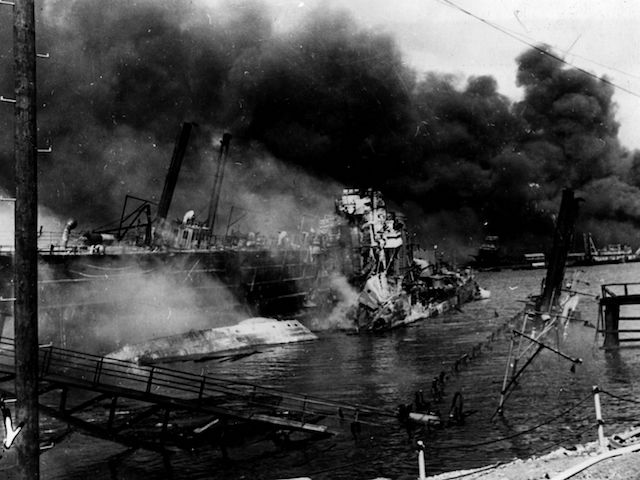 December 1941: The horror of destruction at the US Naval Base of Pearl Harbour (Pearl Harbor) which was attacked by the Japanese airforce on the 7th December 1941. The destroyer ‘Shaw’ is a tangled mess of wreckage but she was back in use one year later. (Photo by Fox Photos/Getty Images)

Many of the few remaining veterans of the attack return to Pearl Harbor for the occasion. “We get together and have a great time and compare our stories,” 103-year-old Jim Downing, a Pearl Harbor veteran who now lives in Colorado, told the Associated Press earlier this week. Downing recalls being aboard the USS West Virginia during the attack, admitting to being “afraid” as “we were sinking and everything above the water line was on fire.”

Another veteran, Ray Chavez, tells AP that he recalls seeing an unidentified submarine hours before the attack began and reporting it to the authorities. “It seemed like I only slept about 10 minutes when [my wife] called me and said ‘we’re being attacked.’ And I said ‘who is going to attack us?’ She said ‘the Japanese are here and they’re attacking everything,'” he recalls.

Yet another veteran remembers sinking a submarine during the attack. “That submarine was on the surface and our skipper didn’t know if it was ours or not,” he explained at a Pearl Harbor remembrance event earlier this week. “For 62 years, nobody believed us” that they had sunk the vessel, he added, until the submarine’s remains were discovered in 2002. 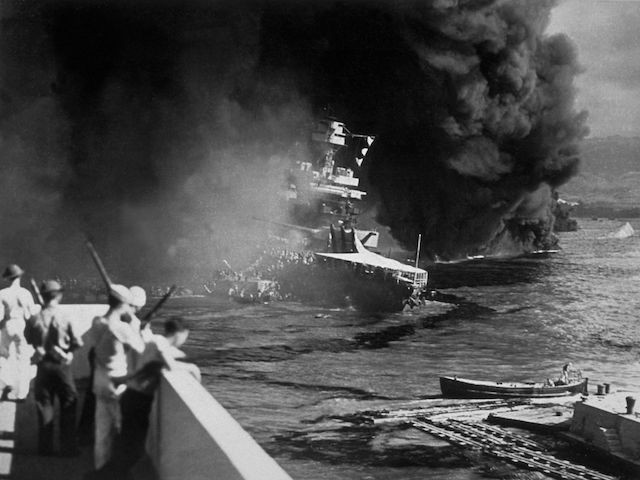 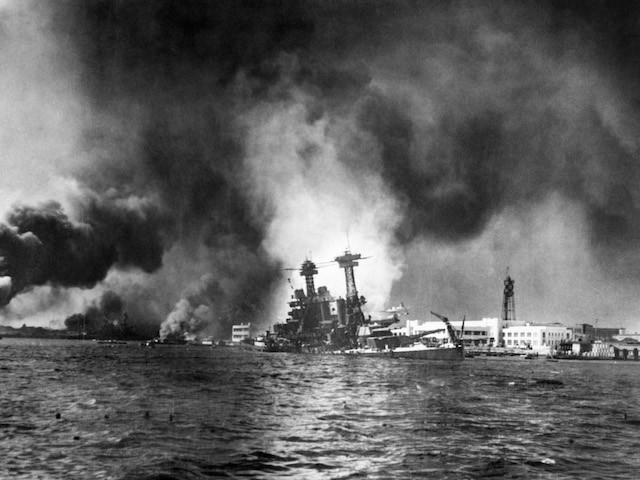 The US Pacific Fleet burns in its home base at Pearl Harbor in Hawaii after 360 Japanese warplanes made a massive surprise attack, 07 December 1941, which will end a long struggle on the part of isolationist forces in the US to stay out of the war. (STF/AFP/Getty Images) 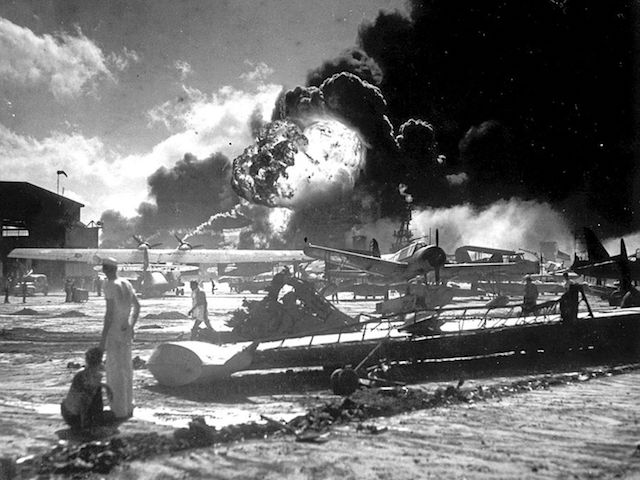 According to the Pearl Harbor Visitors’ Bureau, the Japanese killed 2,335 soldiers and 68 civilians. “The number of wounded came to 1,143 with 710 navy, 69 marines, and 364 army, as well as 103 civilians,” the center explains. Of those killed, “1,177 were from the USS Arizona,” which was completely destroyed in the attack, along with the USS Oklahoma.

The attack shocked America, leading droves of Americans to sign up for military service and vocally express their support for their government’s efforts against the Axis powers. 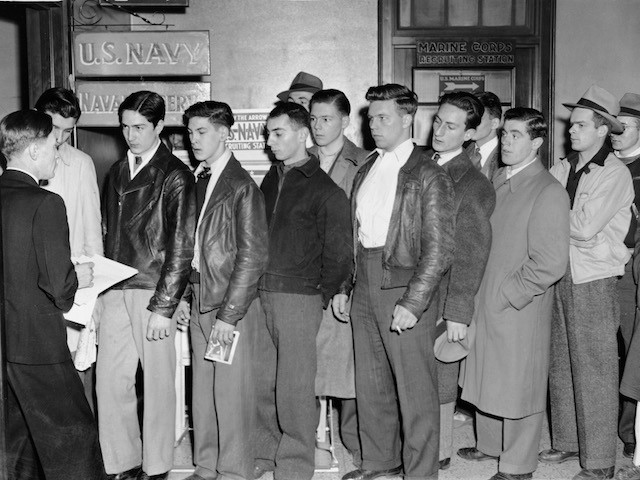 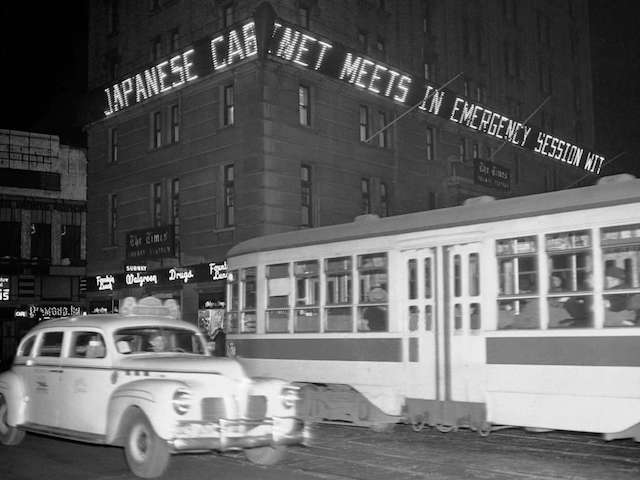 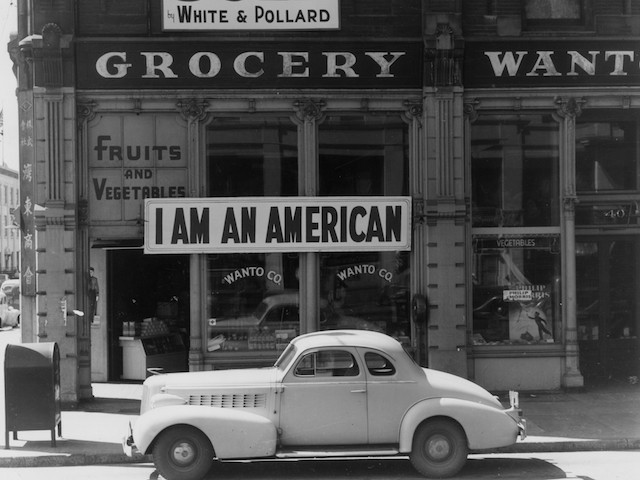 8th December 1941: The day after Pearl Harbour (Pearl Harbor) and following evacuation orders for Japanese living in America the owner of this shop in Oakland, California, who is a University of California graduate of Japanese descent, put this notice across his shop front. (Photo by Dorothea Lange/Getty Images) 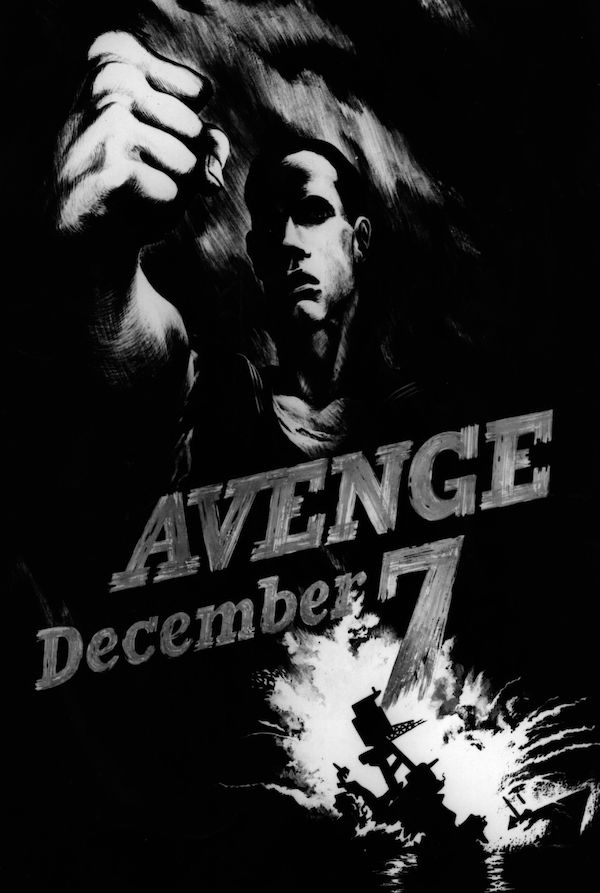 circa 1942: Posters play an important role in reflecting social and political views. This one calls upon Americans to be patriotic following the attack on Pearl Harbour (Pearl Harbor). (Photo by Three Lions/Getty Images) 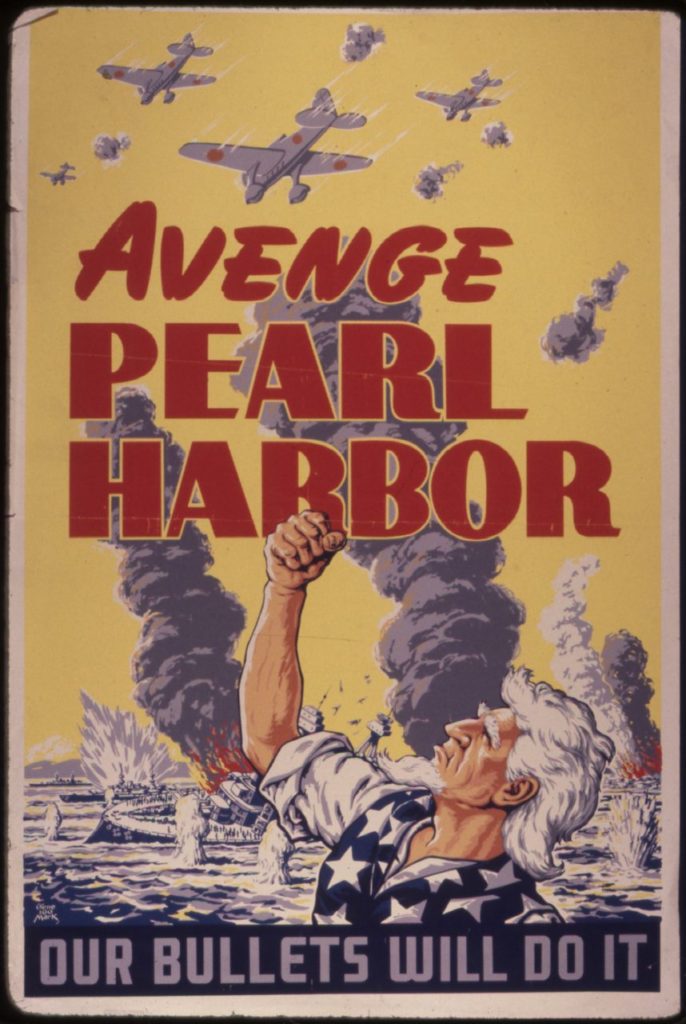 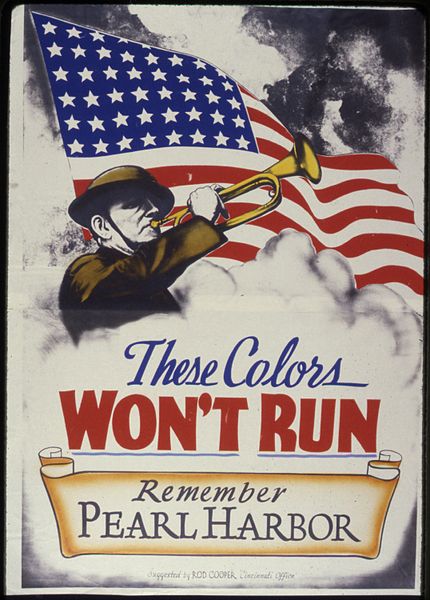 75 years later, Japanese Prime Minister Shinzo Abe announced that, following a visit by President Barack Obama to Hiroshima, he would reciprocate with a visit to Pearl Harbor “for the sake of consoling the souls of those who died in the war.” His wife, Akie Abe – who has developed a reputation for publicly disagreeing with her husband on policy issues – visited Pearl Harbor in August on her own and laid flowers in honor of the dead.