Both versions of President Trump’s executive order have been caricatured as a “Muslim ban,” even though they applied to only six or seven specific countries, leaving 90 percent of the world’s population out of the mix.

The fallback euphemism is to say that Trump is “banning” immigration (they never say it is conditional and temporary) from several “Muslim-majority” countries. This is also misleading because those countries are not merely inhabited by a majority of Muslims. They are Muslim countries, period. They all have some form of Islamic law written into their legal codes.

With Iraq removed from the equation, the remaining nations affected by the order are Iran, Libya, Syria, Sudan, Yemen, and Somalia. The original executive order did not list the affected nations; it merely referred to Obama-era legislation that named them as nations of particular concern. The revised version of the order does name the affected nations because it explains why each of them is on the list.

The first version of the order did not mention Islam at all. The revised version does, but only to explain why the first order did not because this is not a “Muslim ban”:

Executive Order 13769 did not provide a basis for discriminating for or against members of any particular religion. While that order allowed for prioritization of refugee claims from members of persecuted religious minority groups, that priority applied to refugees from every nation, including those in which Islam is a minority religion, and it applied to minority sects within a religion. That order was not motivated by animus toward any religion, but was instead intended to protect the ability of religious minorities — whoever they are and wherever they reside — to avail themselves of the USRAP in light of their particular challenges and circumstances.

Islam is not a “minority religion” in any of the six countries named by the order. In fact, all six of them officially incorporate Islamic sharia law into their legal codes. 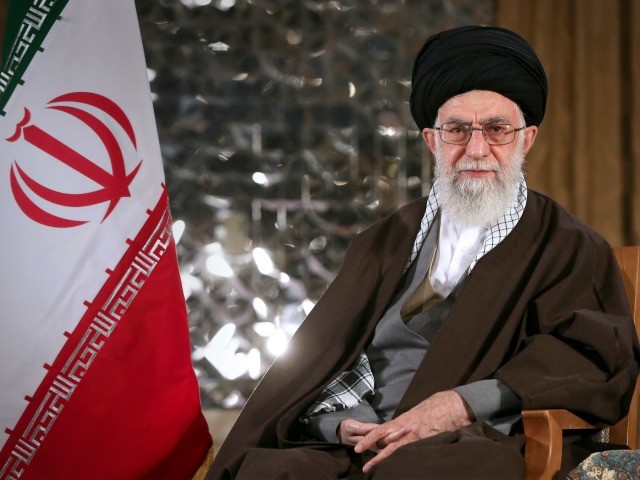 Of the six, Iran is an outright Islamic theocracy. Its Supreme Leader is the Ayatollah, a top-ranking Muslim cleric. Iran’s legal code is explicitly based on sharia, with a smattering of civil ordinances thrown in. Iranian courts have been known to invoke sharia for such judgments as requiring a woman to be blinded in retribution for throwing acid in a victim’s face.

Iranian law nominally has some protections for religious minorities, but the absolute supremacy of Islam is not questioned. Observers have reported that religious freedom is growing steadily worse in the theocracy. 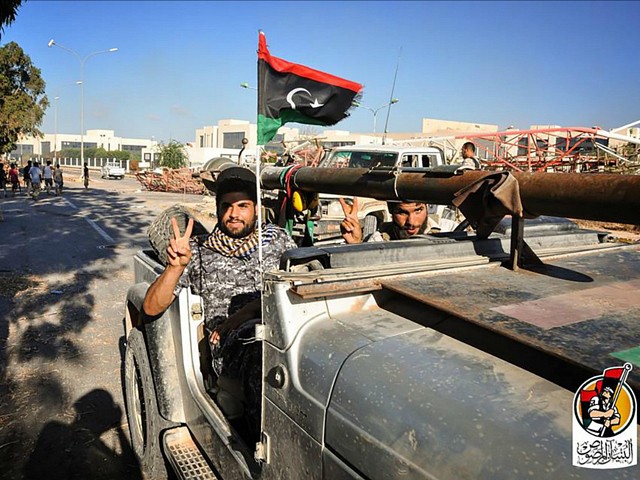 Libya is the most complex of the six nations to classify, because it does not have a functioning central government at all, following Barack Obama and Hillary Clinton’s disastrous intervention – a fact the mainstream media prefers not to dwell on. “Libya’s post-revolution legal system is in flux and driven by state and non-state entities,” as the CIA World Factbook tactfully puts it.

The capital city of Tripoli was seized by an Islamist coalition, with the Muslim Brotherhood a major player. Another is Ansar al-Sharia, a Salafist Islamic militia. The presence of “sharia” in its name is not a coincidence; they declared Libya an Islamic “caliphate” in 2014.

There has been success in the battle against Libyan ISIS, but al-Qaeda is still a major player. U.N.-backed unity governments tend to include a lot of people from the more extreme wings of Libyan politics. They have to because Islamists are a powerful political force in the country.

Another major force in chaotic Libya is widely described as a “secularist,” General Khalifa Haftar. Some observers wonder just how “secularist” he really is, especially if he gains control of the country and has to make deals with the powerful Islamist elements he is currently fighting.

Haftar is an old Qaddafi hand, and while the late dictator is remembered as a brutal and mercurial secularist loathed by hardline Islamists in Libya, he was sometimes given to Islamist sentiments of his own. For instance, Qaddafi once declared Islam was the only universal human religion and said, “all those believers who do not follow Islam are losers.” He named his son and once-presumed successor Saif al-Islam.

Libya’s future is a question mark, but it is highly disingenuous to describe even its present state as merely “Muslim-majority.” The interim Libyan constitution of 2011 begins with the invocation of “Allah, the Merciful, the Compassionate,” states that Islam is the official religion of the country, and declares “sharia shall be the main source of legislation.” Until and unless a different constitution is put into effect by an internationally-recognized national government, Libya is a Muslim nation. 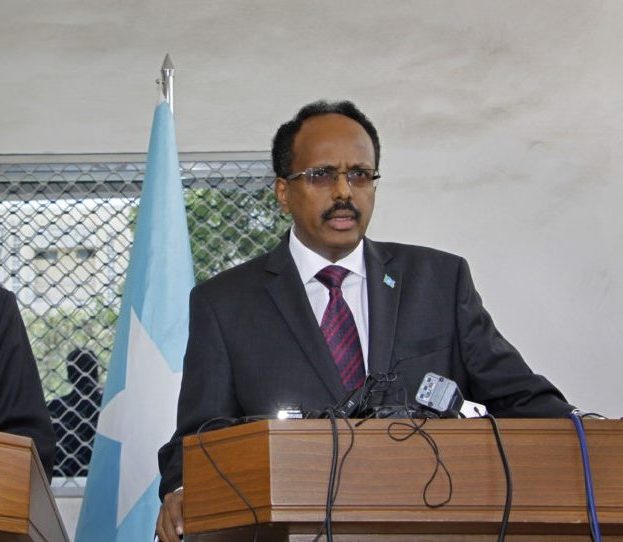 Somalia officially imposed sharia law through its Cabinet in 2009. “Islamic Sharia is the only option to get solutions for the problems in this country,” one minister declared. Less than 0.1% of the population follows a religion other than Islam.

The al-Shabaab terrorist organization thinks the central government is not Islamist enough and imposes an even harsher sharia code on the sizable portions of the country it effectively controls. Many of the people living under al-Shabaab control have told interviewers they support its legal code. 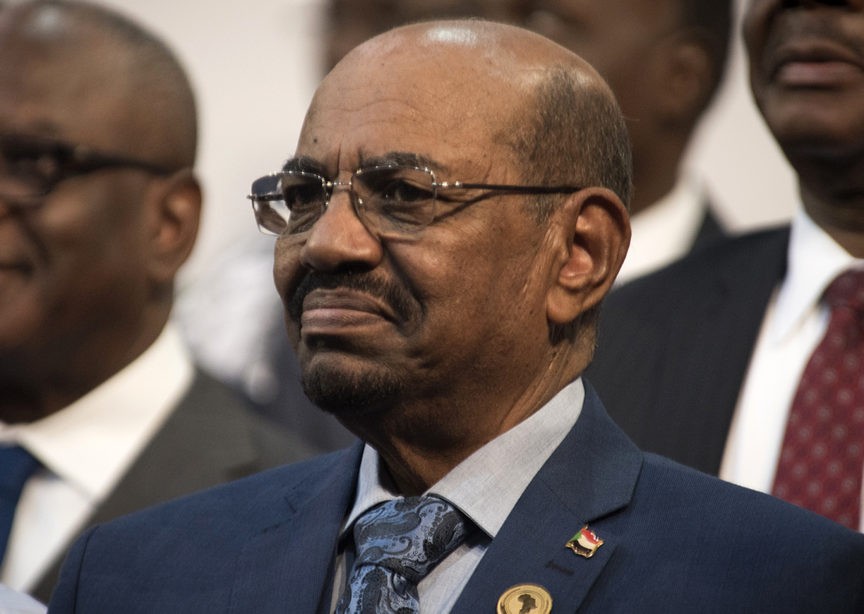 Sudan is officially an Islamic state with a sharia legal code. Even the leaders of breakaway South Sudan, which want to return to a common-law system on the British model, have been struggling to purge sharia from the legal system.

Sudan, like Somalia, is not “majority Muslim” – it is about 96% Muslim, and the 3% Christian minority is brutally persecuted, despite some nominal legal protection for other religions. World Atlas notes that “some interpretations of the Muslim Law in the country fail to recognize or accept apostasy and marriages to non-Muslims,” and concludes that “Sudan leads the world as the most difficult country for Christians since freedom of religion or belief is systematically ignored.” 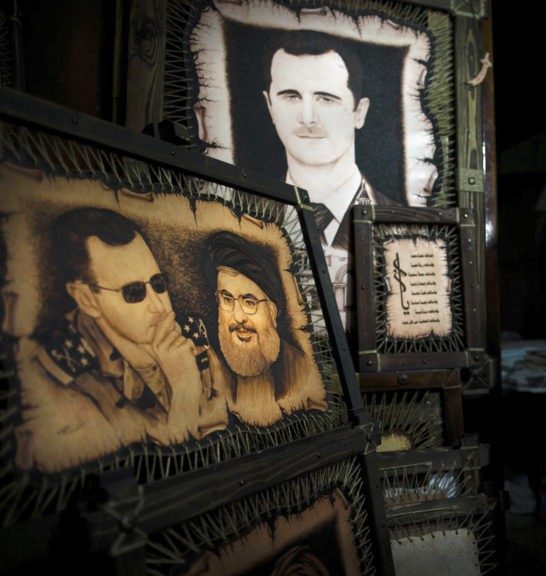 Syria is an uncomfortable case, as some religious minorities say they fared much better under the Assad dictatorship. Some Syrian Christians bluntly refer to Bashar Assad as their “protector” and have similar hopes for the intervening Russians. Of course, critics of the brutal Syrian regime argue that Assad’s alliance with Christians is purely cynical, and even accuse him of inflaming the Christian fear of Muslims for political gain.

At the height of the rebellion, many Syrians expressed a desire to replace the Syrian Arab Republic with an Islamic state. Then they found themselves saddled with the Islamic State, which may have led some of them to reconsider. However, there are still calls to impose sharia across Syria, portraying it as an instrument of peace and justice.

Having said that, the constitution of the “secular” Syrian Arab Republic explicitly requires the president to be a Muslim, and requires that “Islamic jurisprudence shall be a major source of legislation.” This was true of both the older constitution and the revised document prepared in 2012.

The same article declares “the State shall respect all religions, and ensure the freedom to perform all the rituals that do not prejudice public order,” but there is no question: Syria is a Muslim nation, not a “Muslim-majority nation.” Islam enjoys a privileged position in its legal code that Western liberals would not tolerate without comment from any other religion. 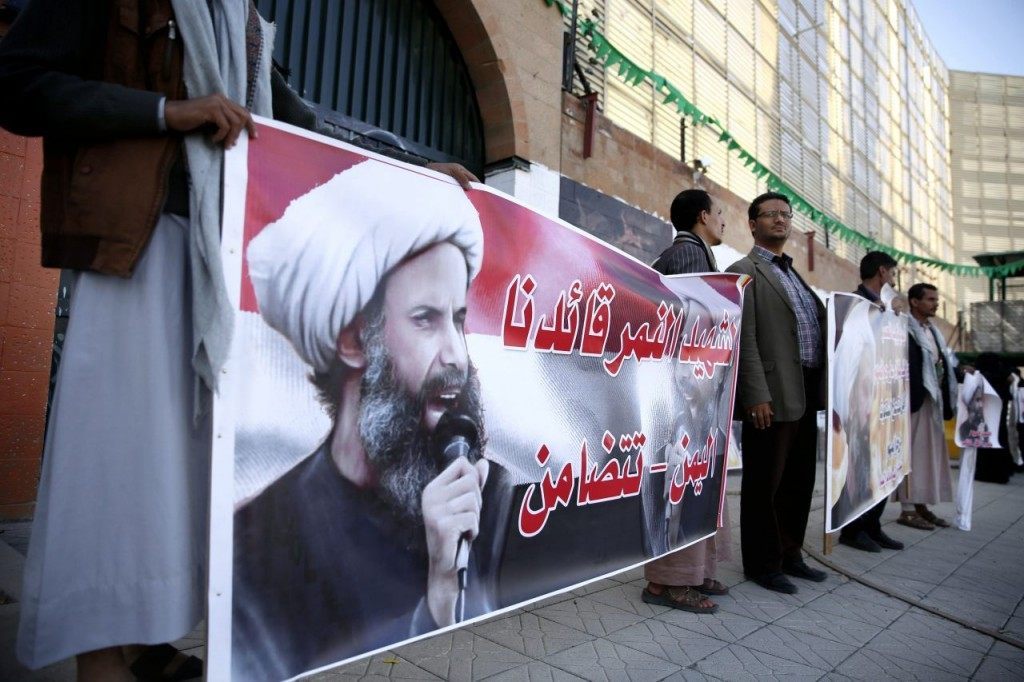 Yemen practices a mixture of sharia law and common law in what passes for its central government – which, of course, was overthrown by the Houthis, a Shiite Muslim insurgency supported by the Iranian theocracy. The internationally recognized Yemeni government has said the Houthis want to transform Yemen into a caliphate ruled by lineal descendants of Mohammed.

Even Houthi spokesmen who strongly disagree with that characterization have said they think “sharia should be one of the main sources of the law in Yemen, not the only source.”

The large portions of Yemen controlled by al-Qaeda are noted for the strict rule of Islamic law, including the oppression of women. Al-Qaeda regards the failure to strictly obey sharia as “debauchery.”

The Constitution of the Republic of Yemen explicitly declares it to be an Islamic state, and stipulates “sharia is the source of all legislation.” Islam is unambiguously named as the official state religion. Denouncing Islam is a crime punishable by death. Over 99% of the population is Muslim. 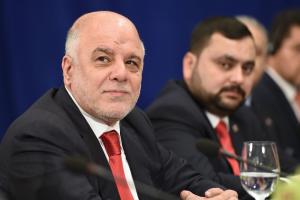 Iraq: Even though it is no longer listed in Trump’s executive order, it should be noted that Iraq is an explicitly Islamic nation, according to its 2005 constitution. “Islam is the official religion of the State and is a fundamental source of legislation,” Article 2 declares. “No law that contradicts the established provisions of Islam may be established.”

Religious freedom is nominally protected, as long as the supremacy of Islam is acknowledged by all: “This Constitution guarantees the Islamic identity of the majority of the Iraqi people and guarantees the full religious rights of all individuals to freedom of religious belief and practice such as Christians, Yazedis, and Mandi Sabeans.”

Some Iraqi clerics agitate for stricter adherence to sharia law, which introduces the dangerous question of whether Sunni or Shiite law should reign supreme.

The incorporation of Sharia law into the legal codes of these countries occurs to a degree that would revolt the American Left, if any religion except Islam was involved. Rest assured that no one in today’s mainstream media would describe, say, 15th-century Spain as a “majority Catholic” nation.

For that matter, they do not seem inclined to describe Israel as “majority Jewish”; they simply refer to it as a “Jewish state.” Israel is, in fact, only about 75% Jewish. A recent effort supported by Prime Minister Benjamin Netanyahu’s Likud party to formally define Israel as a Jewish state failed, in part due to concerns that it could lead to discriminatory policies against the Arab population.

Its legal code includes extensive protection for religious minorities, and there are Muslim and Druze members of its parliament. Last November, one of them staged the Muslim call to prayer during a parliamentary session to protest a bill that would prevent all places of worship from using loudspeakers to summon their worshipers, because it was seen as unfairly targeting mosques.

Equivalent stunts are unwise for members of religious minorities in “Muslim-majority nations,” including the six listed in President Trump’s executive order.

In conclusion: all of the nations mentioned in both versions of President Trump’s executive order are Muslim countries, period. Every single one of them has Islam as the state religion and bases its legal code on sharia. Not a single one of these countries is a “Muslim-majority” nation that practices full and complete religious pluralism under a secular government.