Anti-government protesters in Venezuela set fire to the headquarters of the nation’s Supreme Court Monday as part of the ongoing effort to bring down the government of socialist dictator Nicolas Maduro.

The incident comes after the Supreme Court voted to reject a motion blocking Maduro from rewriting the country’s constitution, despite recent polls showing that up to 85 percent of Venezuelans oppose the reforms.

Maduro’s plan includes the creation of a ‘constituent assembly,’ which opponents fear could undermine future elections and increase his executive authority. 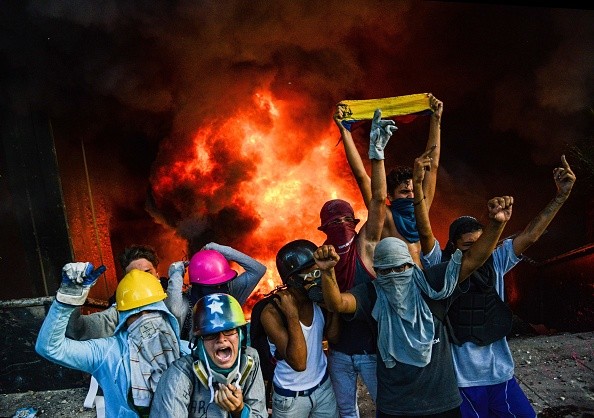 The country’s chief prosecutor Luisa Ortega questioned the legitimacy of the reforms before the courts despite her status as a former ally of Maduro. However, the court rejected the motion, describing it as inadmissible, with Ortega describing the court as “Venezuela’s greatest obstacle to peace.”

“The electoral chamber of the Supreme Court of Justice declares that the (challenge) filed by Luisa Ortega Diaz is inadmissible because it is an inept accumulation of pretensions,” the court wrote on Twitter.

In March, the Supreme Court issued a ruling declaring itself the nation’s lawmaking body and repealing the National Assembly legislative powers, as well as stripping former Assembly members of their government immunity. The Supreme Court revoked the ruling but has nonetheless become the subject of violent demonstrations since the decision.

The Trump administration consequently sanctioned Venezuela, targeting the members of the Supreme Court personally, over the ruling, with Treasury Secretary Steven Mnuchin saying in a statement:

Members of the country’s Supreme Court of Justice have exacerbated the situation by consistently interfering with the legislative branch’s authority. By imposing these targeted sanctions, the United States is supporting the Venezuelan people in their efforts to protect and advance democratic governance in their country.

According to The Telegraph, 24 people were arrested for their involvement in the attack on the Supreme Court building, which targeted administrative buildings conjoined with the court itself. Meanwhile, Maduro condemned the incident as “an act of terrorism.” 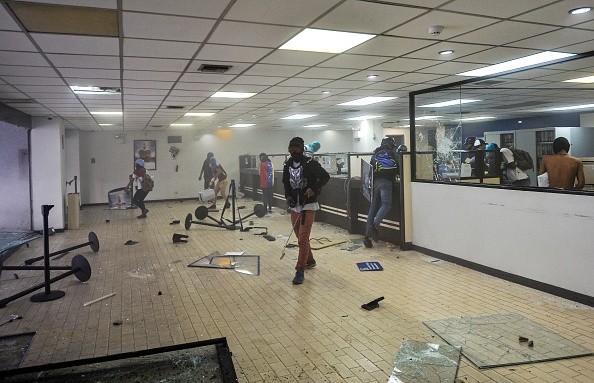 Opposition leaders also said that protesters clashed with pro-government militias known as “colectivos,” with videos posted online showing fist fights and people being stamped on the ground. Protesters were blocked from reaching the Supreme Court itself by riot police.

The protests come amidst a worsening crisis in the country, as people lack access to basic resources such as food, medicine, and electricity. A report last year found that a majority of Venezuelans now go to bed hungry and 15 percent of Venezuelans eat garbage to survive.

So far, at least 84 protesters have been killed since daily protests began in late March, as police use water cannons, rubber bullets, and smoke bombs to control the violence, while thousands have been injured.

Last month, protesters burnt down the childhood home of the country’s late leader Hugo Chávez in Barinas state and threw Molotov cocktails at government buildings following the news that yet another protester had been killed by the military.