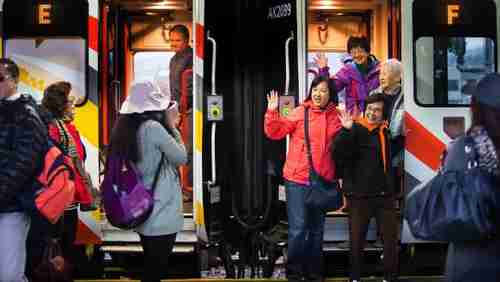 Around 50,000 Chinese tourists will visit New Zealand in the next few days to celebrate their Chinese Lunar New Year (stuff.co.nz)

Public concerns in New Zealand about the increasing covert infiltration of pro-Chinese planted officials in the governments of New Zealand, Australia, and other countries were raised on Thursday.

In September of last year, professor Anne-Marie Brady of New Zealand’s University of Canterbury published a detailed report on China’s intelligence activity to guide, buy, and coerce political influence on a global basis, with emphasis on New Zealand. Brady’s work was extremely effective because she is fluent in Mandarin Chinese, and she based her research on Chinese-language media both inside and outside of China.

On Thursday, Brady spoke to the Australian Parliament’s Intelligence and Security Committee in Canberra and said that she had a break-in and robbery at her house. Three laptops, including one on which she wrote the paper, two cellphones and an encrypted memory stick from her last trip to China were taken, but other valuables were not taken. This followed receipt of letters threatening violence against her, and an earlier break-in and robbery of her university office.

Brady says that she links the two-breaks to work she has conducted on China’s global influence campaign. New Zealand Herald and Stuff (New Zealand)

On September 13 of last year, it emerged that China-born Yang Jian, a government official, and MP in New Zealand’s ruling National Party had been in China’s military intelligence services and had joined the Chinese Communist Party, but had not revealed these affiliations when he applied for citizenship.

Yang moved from China to New Zealand in 1991 and became an MP 12 years later. At a press conference, Last week, Yang, an MP for New Zealand’s governing National Party, confirmed he had taught English to Chinese spies in the 1980s and 1990s, and that he had been a member of the Communist Party while in China, but that he had not declared the names of the military institutions he taught at when applying for citizenship. These Chinese institutions were the People’s Liberation Army-Air Force Engineering College and the Luoyang language institute, the latter run by China’s equivalent of America’s National Security Agency.

At the press conference, Yang said:

I am not a spy. I refute any allegations that question my loyalty to New Zealand … Although I was not born here I am proud to call myself a New Zealander, obey our laws and contribute to this country. I challenge those who are propagating these defamatory statements to front up and prove it.

Nonetheless, Yang remains under scrutiny by the governments of not only New Zealand but also Australia, he briefly interned with a sensitive Australian parliamentary committee before moving to New Zealand.

One question that has not been satisfactorily answered is: Why did he leave China at all to come to New Zealand in 1991?

The China expert and author Peter Mattis says that there are two plausible explanations. 1991 was shortly after the Tiananmen Square massacre, so one scenario is that he left to escape his homeland and put his past behind him to create a new life. The other was to work covertly for military intelligence, most likely China’s Second Department, dealing in human intelligence. Newsroom (New Zealand, 27-Dec-2017) and Australian Broadcasting (20-Oct-2017) and Guardian (13-Sep-2017) and South China Morning Post (13-Sep-2017)

China’s president Xi Jinping once used the term “magic weapon” to refer to China’s United Front Work Department. Officially, it focuses on building support for the Communist Party in China, but it has become a coercive propaganda tool targeting Chinese globally, especially in Australia, New Zealand, the U.S., and Canada, but in other countries as well. The agency particularly surveils and targets Chinese students abroad and foreign universities to adopt language that favors pro-Beijing policies, such as delegitimizing Taiwan, and Western ideals and values, such as liberal democracy, Christianity, or Falun Gong.

Thanks to Chinese emigration, there are now large communities of Chinese people in Australia and New Zealand. Chinese propaganda has been so thoroughly successful that Chinese media in Australia is now almost overwhelmingly pro-Beijing, and is promoting Chinese values (“socialism with Chinese characteristics”), rather than Western values of liberal democracy and freedom. United Front Work attempts to sway elections so that pro-Beijing policies are adopted.

There are currently around 200,000 ethnic Chinese resident in New Zealand, out of a population of 4.5 million New Zealanders. The majority of Chinese in New Zealand live in Auckland, where they make up around 10 percent of the population. Chinese consular authorities keep a close eye on all Chinese community activities, but especially in Auckland. They have achieved this through close links with core pro-Beijing Chinese community groups, and by maintaining oversight over other Chinese community groups, ethnic Chinese political figures, and Chinese language media and schools in New Zealand. Moreover, during the Xi era, the PRC embassy has supported the setting up of new organizations that report back to united front bodies in China, and, according to two former Australian-based Chinese diplomats, by placing supporters and informers in New Zealand Chinese organizations that are more independent minded and pose a potential threat to China’s interests. This is classic CCP party-building and organization work; one of the three “magic weapons” of the CCP. The current level of supervision over the ethnic Chinese community in New Zealand is a remarkable achievement. All throughout the Cold War years, with only a few exceptions, Chinese New Zealanders were neither pro-CCP nor pro-PRC, even if they were not necessarily pro-Chinese Nationalist Party or pro-ROC,76 and New Zealand’s Chinese-language media, community groups, and language schools were proudly independent.

The organization most closely connected with the PRC authorities in New Zealand is the Peaceful Reunification of China Association of New Zealand (PRCANZ), founded in 2000.

The name of the organization is a reference to the “Peaceful Reunification” of mainland China and Taiwan. However, the organization also engages in a range of activities which support Chinese foreign policy goals, including block-voting and fund-raising for ethnic Chinese political candidates who agree to support their organization’s agenda. When Chinese senior leaders visit New Zealand, it is united front-affiliated organizations such as PRCANZ who organize counter-protest groups to shout down pro-Falungong, pro-Tibet, or any other group critical of China who come to protest when China’s senior leaders visit New Zealand.

Brady’s report also gives a detailed account of Yang Jian’s activities in including New Zealand’s government, as well as the activities of other China-born officials.

Certainly I haven’t seen evidence of that from [Brady] directly. It sounds to me like it’s an insinuation that’s being made.

Of course, we do have close links as a country with China and as a party with China. It’s another step again though to make that kind of link.