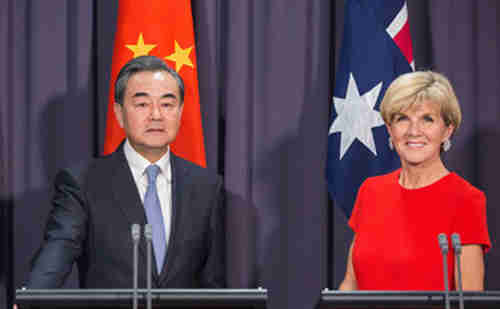 A new book detailing China’s infiltration into Australia’s government and institutions is finally being published on Monday, after publication was repeatedly blocked because of intense pressure by China’s government on publishers.

The book, titled Silent Invasion: How China Is Turning Australia into a Puppet State, was written by Clive Hamilton, a left of center professor of public ethics at Charles Sturt University. It was supposed to be published in November by Australian publisher Allen & Unwin, which had published 8 previous books by Hamilton.

However, the publisher’s chief executive, Robert Gorman, canceled plans at the last minute to publish to book. He wrote an e-mail message to Hamilton saying:

We have no doubt that Silent Invasion is an extremely significant book. [But we are concerned about] potential threats to the book and the company from possible action by Beijing. … The most serious of these threats was the very high chance of a vexatious defamation action against Allen & Unwin, and possibly against you personally as well.

The publisher had told Hamilton that he would have to heavily edit the book and remove large portions of the text to get it published. According to Hamilton:

Last week Allen & Unwin did express some legal concerns but despite that I thought they were resolved to publish it, so it was a complete shock.

The Chinese government’s campaign is far more extensive than ever previously understood. If you’re going to analyze how Beijing is influencing Australian society and politics you have to analyze that activity of individuals and name names, and that’s what I’ve done. It’s a factual book with 1,100 footnotes and it has been meticulously researched, but short of redacting 100 names from the book there’s always the possibility someone might launch a vexatious legal act against the publisher, in this case Allen & Unwin.

In January of this year another publisher, Melbourne University Press became the second leading publisher to cancel plans to publish the book. Reportedly, a university official was concerned about Beijing’s ability to dissuade students from attending the university if MUP published the book.

In one of the online articles about this story, a commenter wrote that he could walk into any bookstore or library in Australia and find a dozen books that accused the CIA of controlling Australia’s government and institutions, and no one would care. However, just one book about China is causing a furious, threatening response from China.

There are very real concerns about publishing material not approved by the Chinese Communist Party. Within China itself, every publication is closely censored, and writing or even reading any unapproved publication can land a person in jail subject to severe and repeated torture.

China’s censorial reach extends past the mainland. In 2015, five Hong Kong booksellers whose shops contain books critical of Xi and the CCP were abducted and thrown into jail in Beijing. Four were eventually released – three “confessed” and have remained mute, while one spoke of his torture. The fifth is still imprisoned.

Foreign citizens are not immune. In January, Swedish citizen Gui Minhai, a Hong Kong book publisher, was arrested in China while accompanied by Swedish diplomats. Sweden’s foreign minister Margot Wallstrom said the “brutal intervention” against Swedish consular support for Gui took place despite Chinese promises. But this is an ordinary example of how the Chinese cannot be trusted about anything. Guardian (London, 13-Nov-2017) and West Australia Today (28-Nov-2017) and South China Morning Post (6-Feb) and New Matilda (7-Feb)

Two weeks ago, I wrote about how University of Canterbury professor Anne-Marie Brady in New Zealand had been threatened and robbed after writing a report on China’s infiltration into New Zealand’s government.

Brady’s home was broken into and three laptops, two cellphones, and an encrypted memory stick were taken. She received a threatening letter, two months after her university office was robbed.

Brady’s report and complaints about threats had been met with skepticism by the government but, finally, Prime Minister Jacinda Ardern has ordered an investigation into the break-in.

In that article, I quoted extensively from Brady’s report, entitled “Magic Weapons: China’s political influence activities under Xi Jinping” to show in detail how the infiltration and propaganda works in New Zealand. Much of what I quoted applies equally to Australia.

As Brady’s report explains, China’s president Xi Jinping once used the term “magic weapon” to refer to China’s United Front Work Department. Officially it focuses on building support for the Communist Party in China, but it has become a coercive propaganda tool targeting Chinese globally, especially in Australia, New Zealand, the U.S., and Canada, but in other countries as well. The agency particularly surveils and targets Chinese students abroad and foreign universities to adopt language that favors pro-Beijing policies, such as delegitimizing Taiwan, and Western ideals and values, such as liberal democracy, Christianity, or Falun Gong.

The United Front Work Department, Xi Jinping’s “Magic Weapon,” is as dangerous to Australia as it is to New Zealand. Stuff (New Zealand)

By early February, the inability of Clive Hamilton to get his book published because of legal threats from China was causing some alarm to members of the Australian parliament’s national security committee, and they actually considered having the parliament serve as publisher of the manuscript. That would have protected Hamilton from being sued, but questions were also raised about the appropriateness of giving a special privilege to a particular author.

Finally, the book was recently acquired by Hardie Grant, run by Sandy Grant, who in the 1980s published the controversial memoir of former British intelligence officer Peter Wright. The publication occurred against the wishes of the British government, which was trying to censor the book.

Clive Hamilton says that he became interested in this subject in 2008. He was at Parliament House in Canberra when the Beijing Olympic torch relay passed through. He watched in bewilderment as a small pro-Tibet protest was overrun by thousands of angry Chinese students. They came out of nowhere and seemed to shut down the pro-Tibet protests, and the authorities did nothing about it. What was going on?

In 2016, it was revealed that wealthy Chinese businessmen linked to the Chinese Communist Party (CCP) had become the largest donors to both major political parties. Hamilton realized something big was happening and decided to investigate the Chinese government’s influence in Australia. His research revealed evidence of CCP influence and infiltration in politics, culture, real estate, agriculture, universities, unions, and even primary schools.

According to the book, China’s influence peddling is caused, in part, by a recent wave of Chinese migration to Australia including “billionaires with shady histories and tight links to the [Chinese Communist] party, media owners creating Beijing mouthpieces, ‘patriotic’ students brainwashed from birth, and professionals marshalled into pro-Beijing associations set up by the Chinese embassy.”

The book lists more than 40 former and sitting Australian politicians allegedly doing the work of China’s totalitarian Government, if sometimes unwittingly. Many are household names. According to the book, “[Former prime ministers Bob] Hawke and [Paul] Keating, when their political careers ended they went on to become reliable friends of China, shuttling between the two countries, mixing with the top cadres and tycoons. While Hawke’s China links proved lucrative, Keating was more interested in influence.” Sydney Morning Herald (5-Feb) and Boffins Books and Australian Broadcasting