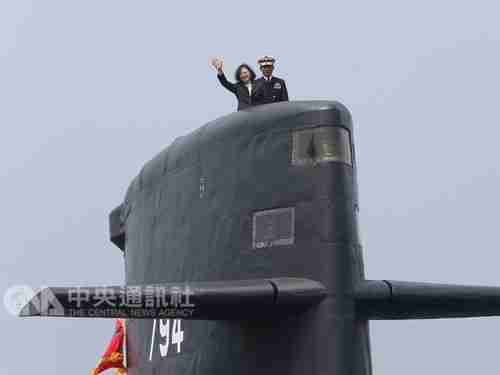 In a further challenge to China, the Trump administration has approved a marketing license that will allow U.S. manufacturers to sell submarine technology to Taiwan.

Early in 2017, U.S. manufacturers expressed an interest in working on the project with Taiwan, but needed approval in the form of a “marketing license” from the U.S. State Department. That license was finally issued this week.

The decision also means that the U.S. will be able to provide Taiwan with so-called “red” parts, or technology which the island is unable to produce itself, including torpedoes and missiles. Taiwan News and Reuters and Jamestown (30-Mar-2012) and Focus Taiwan (31-May-2017)

In a ceremony on Saturday, Japan launched the Amphibious Rapid Deployment Brigade (ARDB), its first marine brigade since the end of World War II.

Given the increasingly difficult defense and security situation surrounding Japan, defense of our islands has become a critical mandate.

Yamamoto is thought to be referring to the Senkaku Islands, threatened by China, and where China makes its usual unsupported claims of “indisputable sovereignty.”

The brigade is the latest component of a growing marine force that includes helicopter carriers, amphibious ships, Osprey tilt-rotor troop carriers and amphibious assault vehicles, meant to deter China as it pushes for easier access to the Western Pacific

The ARDB is controversial since it appears to go beyond the Article self-defense clause of Japan’s postwar “pacifist” constitution, which forbids any military action except for “self-defense” on Japanese soil.

However, military provocations by China and North Korea have been changing public opinion in Japan to make elimination of the self-defense clause more publicly acceptable.

In 2015, prime minister Shinzo Abe was able to get parliament to reinterpret the self-defense clause to mean “collective self-defense,” which means that military action would be permitted anywhere in the world when an ally (such as the United States) is attacked. That means that the ARDB can be used even in overseas military actions, provided that the US or any other Japanese ally is under attack. Kyodo News and Reuters and Russia Today