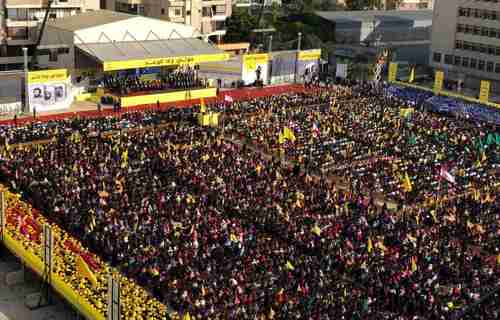 As we reported on Friday evening, the joint attack on Syrian targets by American, British, and French forces ended as quickly as it started. The attack was in retaliation for the attack on April 7 by Syria’s president Bashar al-Assad on civilians in Douma, using chemical weapons.

The attack occurred at 4 a.m. Syrian time and was over in minutes. 105 missiles were launched, striking three Syrian chemical weapons targets. The military said that all missiles reached their target, and denied Syrian claims that most (or any) were shot down.

The attack was “one and done,” according to Secretary of Defense Jim Mattis. However, Mattis and other U.S. officials have stated clearly that another attack will follow if al-Assad uses chemical weapons again.

So America’s message to Bashar al-Assad is pretty clear: “You may use barrel bombs, missiles, gunfire, and any other conventional weapons on neighborhoods, markets, schools, and hospitals, and you may massacre and kill as many women and children as you want, with no retribution. Just don’t use chemical weapons.”

The targets and time of day of Saturday morning’s attack were carefully chosen so as to avoid civilian casualties, particularly Russian casualties. The Russian military did not respond, and it was clear that both the U.S. and Russian side did everything possible to avoid confronting each other.

However, the language used by Russia on Saturday was extremely bitter and angry. And according to Pentagon spokesman Dana White,

The Russian disinformation campaign has already begun. There has been a 2000 per cent increase in Russian trolls in the last 24 hours.

As someone who is attacked constantly by Russian trolls, this is disheartening news.

The U.S. and its allies continue to demonstrate blatant disregard for international law. You are constantly tempted by neocolonialism. You have nothing but disdain for the UN charter, and the Security Council. As a pretext for aggression, you mention the alleged use of chemical weapons in Douma, but after an investigation by Russian experts, it was proven unequivocally that no such attacks took place.

The invocation of international law by Russia is really laughable, as Russia has done everything from invading and annexing Crimea to support the worst genocidal monster so far this century, Bashar al-Assad, without getting approval for anything from the UN Security Council, yet Russian officials become apoplectic when the U.S. or the West does anything to avoid their UNSC veto.

As I’ve been writing starting in 2011, Russia’s president Vladimir Putin adopted a policy of using the UN Security Council to take control of U.S., NATO, and Western foreign policy. Russia took any military action it pleased without getting UNSC approval but demanded that any other country got UNSC approval for everything. By using its UNSC veto, Russia could effectively control American foreign policy.

This Russian policy has been extremely successful for years, crippling not only Western foreign policy, but the UN Security Council itself. I believe that success reached its peak with the March 4 poisoning of former Russian double agent Sergei Skripal and his daughter Yulia, using a Russia-developed nerve agent Novichok. The British public was incensed that Russia put ordinary British citizens at risk by using Novichok in public, where anyone could be affected, but Russia made matters worse when Russia’s president Vladimir Putin smirked and gave a sarcastic answer when a BBC reporter asked about it.

This was followed by a series of claims by Russia, including accusing Britain of poisoning the Skripals in order to embarrass Russia. Britain’s foreign secretary Boris Johnson gave a furious response to these claims: “There is something in the kind of smug, sarcastic response that we’ve heard that indicates their fundamental guilt. They want to simultaneously deny it, yet at the same time to glory in it.”

The Skripal poisoning was an international tipping point, uniting Britain and other nations to no longer tolerate Russia’s strategy to use the UNSC to cripple Western foreign policy.

That is why Russian ambassador Vasily Nebenzya and other Russian officials are so bitterly angry. The policy they had successfully used for years is now collapsing in front of them.

Further remarks by the Russians have the appearance of hysterical desperation. There have been horrifying videos of al-Assad’s April 7 chemical attack on Douma, but Nebenzya and other Russian officials are claiming that the chemical attack did not even occur. They claim that the British government paid the “White Helmet” humanitarian workers in Douma to stage the horrifying videos as a Hollywood production. One gets the impression that the Russians as a nation are becoming completely delusional.

Meanwhile, Syrians in Damascus were dancing in the streets on Saturday, because the military strikes were not as bad as feared. Guardian (Australia) and The Hill

I have always believed that there was plenty of legal justification for American and Western military intervention in Syria. After al-Assad began targeting peaceful protesters in 2011, and particularly after he massacred thousands of innocent women and children in a Palestinian refugee camp in Latakia in August 2011, millions of Syrian citizens began fleeing into neighboring countries, including over a million reaching Europe. Any country has a responsibility to control its own population, but al-Assad had essentially weaponized refugees. If al-Assad cannot control its own population, but instead uses them as a weapon, then any target is justified in intervening in the country.

In addition, al-Assad’s attack on the Palestinian camp caused tens of thousands of Sunni jihadists to travel from around the world to fight al-Assad. These foreign jihadists formed the so-called Islamic State (IS or ISIS or ISIL or Daesh), which has launched terror attacks on other countries. Once again, if al-Assad cannot control ISIS, then any country threatened by ISIS is justified in intervening. In fact, the U.S. military intervention in Syria has succeeded in recapturing all territory formerly occupied by ISIS, although ISIS is far from completely defeated.

So the West certainly has plenty of justifications for military intervention in Syria, but al-Assad’s use of chemical weapons doubles down on those justifications.

The Syrian regime’s use of chemical weapons is a war crime and a crime against humanity.

Under international law, the UK may use force for humanitarian intervention, provided that three conditions are met:

The policy paper goes on to explain why all three conditions have been met. BBC and UK Government

Although the debate over Saturday’s airstrikes has dominated news coverage since the April 7 chemical attack, there is a completely different parallel issue in play, which may be even more dangerous.

On Monday last week, Israel is believed to have attacked Syria’s T4 airbase (Tayfur airport), because the airbase is considered a threat to Israel. Apparently, seven Iranians were killed in the attack.

You made a historic mistake and a great folly which brings you into direct confrontation with Iran.

This is the first time in 7 years that the Israelis have deliberately killed Iranian revolutionary guards. Attacking T-4 airport is a pivotal incident in the history of the region that can’t be ignored.

Iran is not a weak or a cowardly state, and you know that well. The Israeli have false calculation. You will have to face the Islamic Republic of Iran.

All those thousands of terrorists in Syria do not concern the Israeli while they have every kind of weapons, however, they are afraid of just few revolutionary guards there.

According to the BBC, Syria, Iran, and Russia are all expressing quiet relief that Saturday’s missile attack was considerably more limited than was expected. But it did evoke a sense of greater defiance, with the three entities calling themselves the “Axis of Resistance,” and referring to Western powers as “paper tigers,” a phrase used by China’s Mao Zedong in the 1960s to describe the United States.

It is generally believed that Iran must retaliate for Israel’s airstrike, killing several Iranian revolutionary guards. This could be a far more dangerous confrontation than even Saturday’s missile strikes.

Longtime readers are aware that Generational Dynamics predicts that the Mideast is headed for a major regional war, pitting Jews against Arabs, Sunnis against Shias, and various ethnic groups against each other. Events appear to be moving very quickly now. Al Manar (Hezbollah) and Reuters and Al-Jazeera