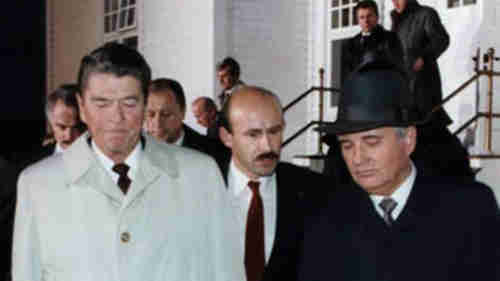 North Korea has announced that its Punggye-ri nuclear test site, located in Mount Mantap, will be dismantled during the period of May 23-25 and that international journalists will be able to cover the dismantling “on the spot” and transmit their reports from a press center at the site.

This announcement comes just two days after scientists reported that an examination of satellite images shows that Mount Mantap itself has collapsed considerably more than has previously been estimated. Using these images, scientists found that Mount Mantap moved by around 11.5 feet (3.5 meters) and shrank by 1.6 feet (0.5 m). It cannot be determined from the satellite images whether some tunnels have collapsed, or whether the entire mountain has collapsed.

Nonetheless, what is apparent from numerous reports starting with North Korea’s last nuclear test, on September 3 of last year, is that Chinese scientists and geologists are telling North Korea not to use that test site again, because another test could risk a huge nuclear disaster that would release huge amounts of radiation and nuclear debris that would spread over large parts of northeastern China, as well as North Korea.

The bottom line is that the dismantling of the test site on May 23-25 is a completely empty gesture since the site cannot be used again anyway. KCNA Watch and BBC and Live Science and Washington Post

Chinese media have been talking about a “dual track” process to achieve denuclearization. This means that the North Koreans make a concession and the US makes a concession, and so forth.

China and North Korea are already pressuring the U.S. to ease the strict sanctions that have been imposed on North Korea, based on the supposed concessions already made. They are aware that once the sanctions have been lifted, it will be almost impossible to get international agreement to re-impose them, even if North Korea reverses any concessions that it has made. The near impossibility of re-imposing sanctions has been illustrated in the last week by the international criticism of the Trump administrations announced re-imposition of sanctions on Iran.

So the following points are worth noting with regard to the steps that have already been taken in this “dual track” process to achieve denuclearization:

Many of these things are being described by the mainstream media as concessions by the North Koreans, sometimes with the implication that Donald Trump should make some concessions in return at the meeting with Kim. However, Kim and the North Koreans have displayed a great deal of theatric showmanship, but have not made a single actual concession. Panmunjom Declaration and Japan Forward

The most likely Kim-Trump meeting outcome: Mutual accusations and recriminations

On October 11, 1986, Ronald Reagan and Mikhail Gorbachev held a summit meeting in Reykjavik, Iceland. The agenda was mutual reductions in missile arsenals, and expectations were very high. But then Gorbachev demanded limitations on Reagan’s pet project, the mythical Strategic Defense Initiative (SDI), which supposedly would use space technology to provide a “shield” from nuclear attacks. Reagan refused, and the meeting ended in mutual accusations and recriminations, each accusing the other of lying and bad faith. Talks did not resume again for more than a year.

It has been announced that Donald Trump and Kim Jong-un will have a summit meeting on June 12 in Singapore. Expectations for this meeting are enormously high. The people of South Korea, particularly, are praying that this will be end of their long 70-year nightmare that began with the Korean War, and that they will be reunited with the families again.

However, Kim is going to demand that some sanctions be lifted immediately, and Trump is going to demand substantial, verifiable steps to dismantle North Korea’s nuclear program. And while the main agenda item is “denuclearization,” the two sides have completely different meanings for that term.

In my opinion, the most likely outcome of the June 12 meeting is a repeat of the outcome of the Reagan and Mikhail Gorbachev, in that the meeting will end (or not be held) amidst a flurry of mutual accusations and recriminations.

After that, there are many possible scenarios. It is possible that North Korea will continue nuclear weapons development, with or without testing, and it is possible that the Trump administration will go back to continuing military options.

As I have been writing for many months now, there are hard bottom-line positions on both sides, and they have not changed. Kim is committed to producing an arsenal of nuclear-tippedd ballistic missiles aimed at the United States and selling that technology to Iran and other rogue nations. Trump is committed to preventing that from happening. History.com and Association for Diplomatic Studies and Training and 38 North