The Royal Navy’s two new super carriers have come alongside one another for the first time, a milestone in the working up process of the new capital ships as the United Kingdom hosts NATO leaders in London for a defence conference.

The two ships, HMS Queen Elizabeth and HMS Prince of Wales met alongside at HMNB Portsmouth, the home of the Royal Navy, for the first time Wednesday morning. Recently out of build, HMS Prince of Wales arrived in Portsmouth in November, having conducted months of sea trials after leaving the Firth of Forth where she was assembled.

Her sister ship, HMS Queen Elizabeth has been based in Portsmouth since 2017, but has just returned with her strike group from North America, where she has been conducting jet flying trials. Both carriers will eventually embark the United States-built F-35 Lightning jets, tests of training of which is still ongoing. 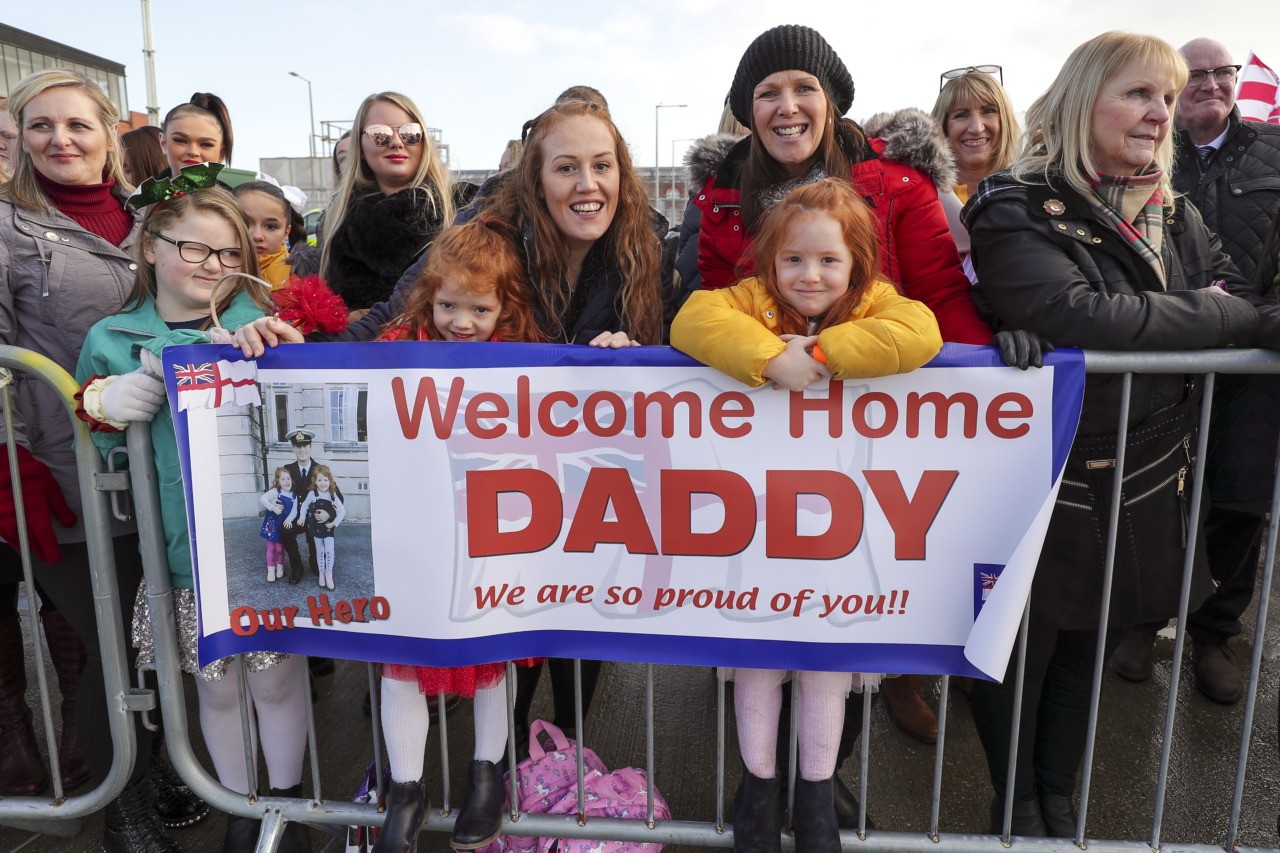 A Royal Navy press release on the two carriers coming alongside together quotes the Commanding Officer of HMS Queen Elizabeth, Captain Steve Moorhouse, who said: “Homecomings are always a special occasion, but to be returning to Portsmouth with HMS Prince of Wales welcoming us home makes this a particularly special occasion.

“This has been an extremely successful deployment for HMS Queen Elizabeth. Embarking UK F-35 Lightning jets for the first time and integrating them within the carrier strike group is a significant milestone and we are well set for an equally demanding 2020 and our first operational deployment in 2021.”

Commander of the Air Group, Captain James Blackmore said: “The five-week period of operational tests with UK F-35s from the UK Lightning Force was significant and historic. As the last pilot to fly Harrier from the deck of HMS Ark Royal in 2010, it filled me with tremendous pride to see UK fixed wing aircraft operate once more from a British carrier.”

China has already warned Britain against deploying the new carriers to the South China Sea, warning doing so could be seen as “hostile”. The Royal Navy along with other allies frequently sail warships through contested waterways to assert international freedom of navigation principles, keeping sea lanes open for global trade. 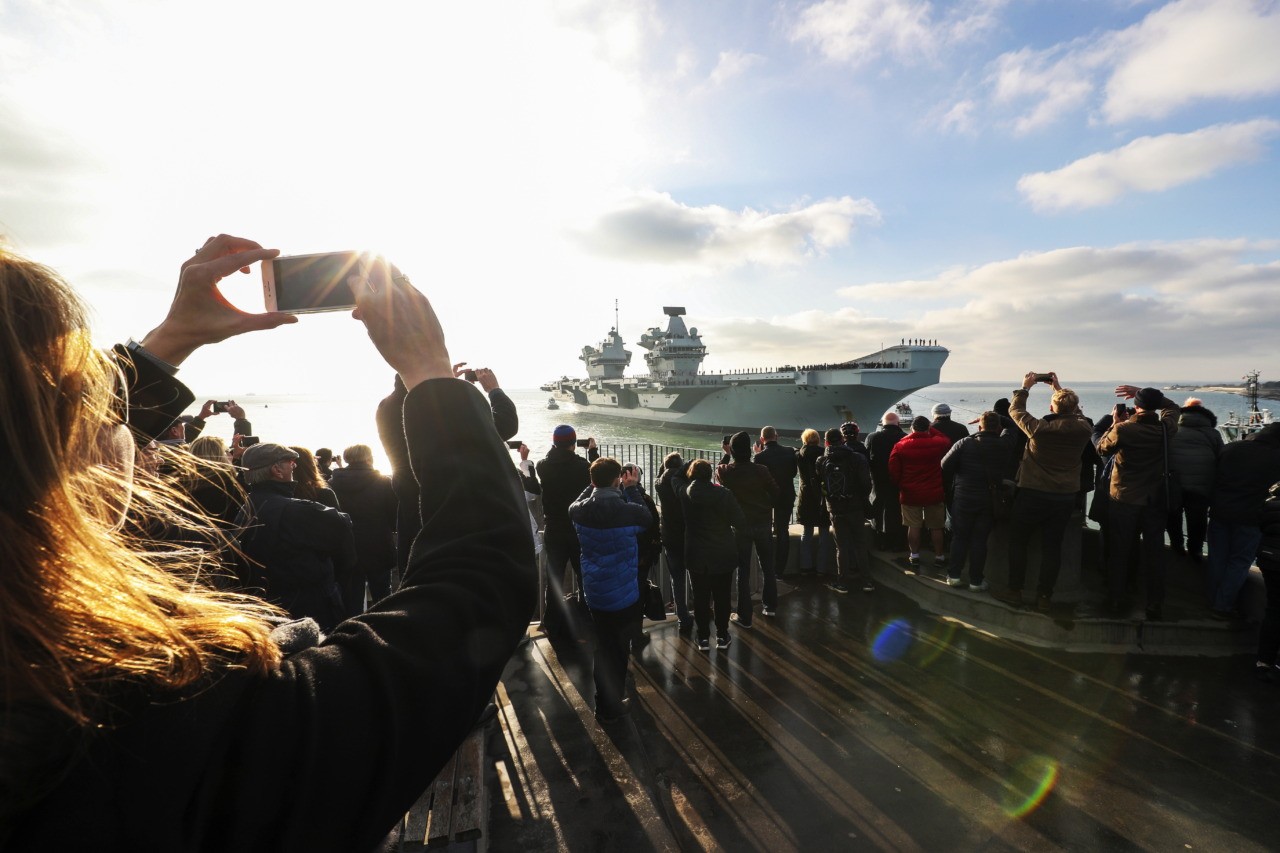 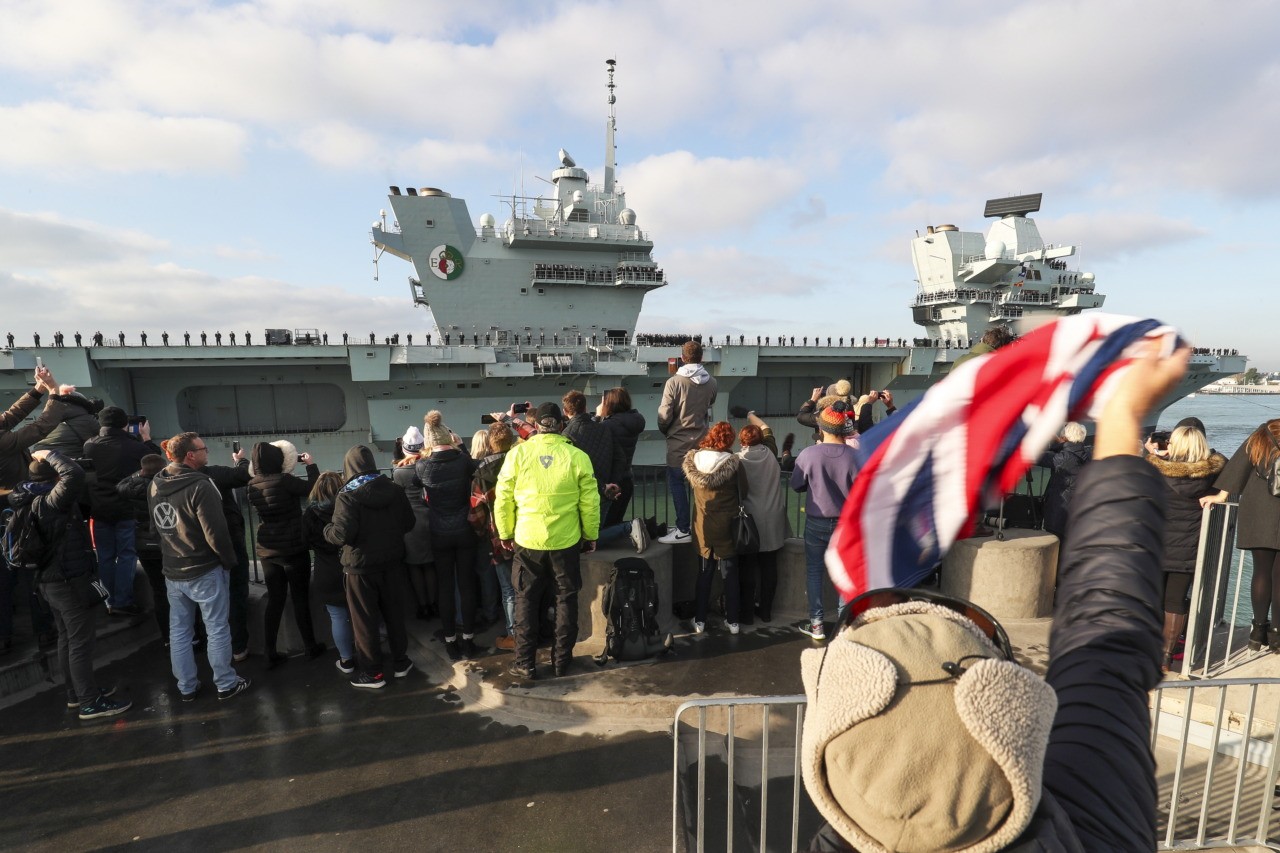 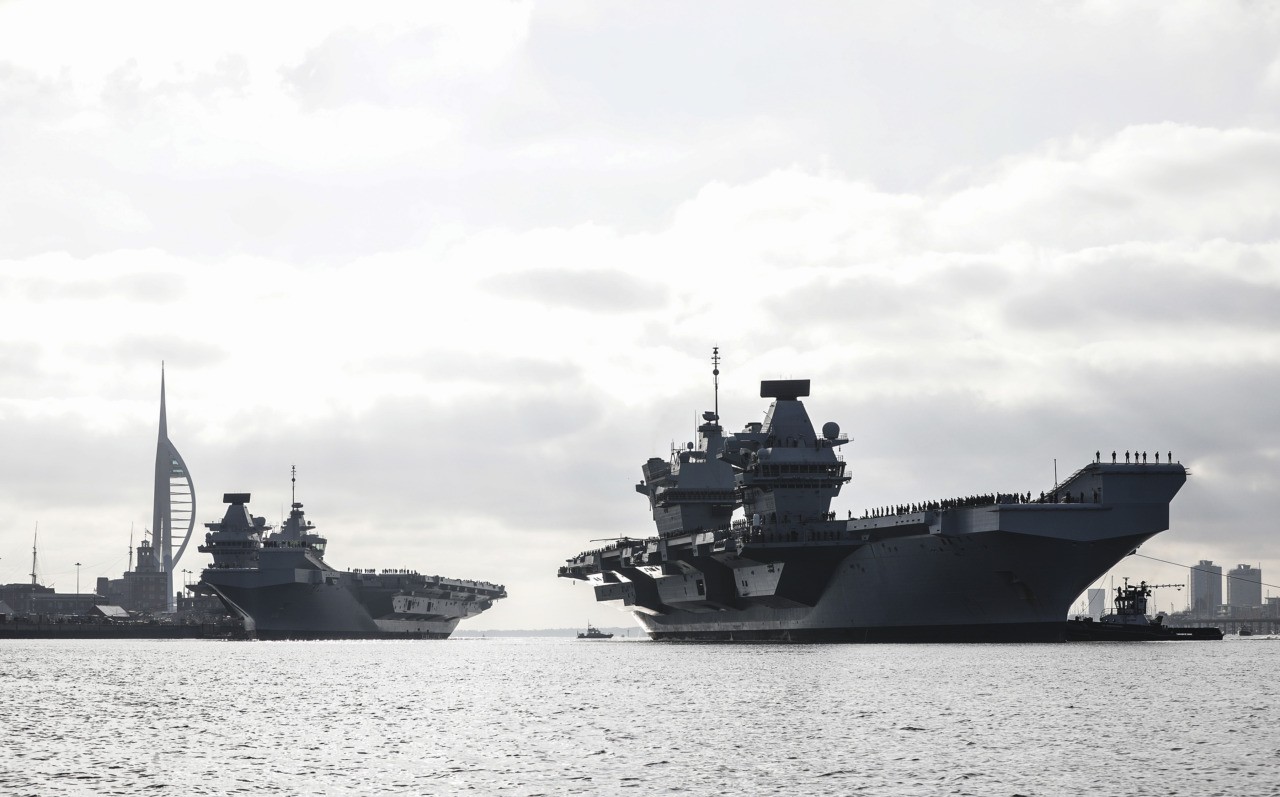 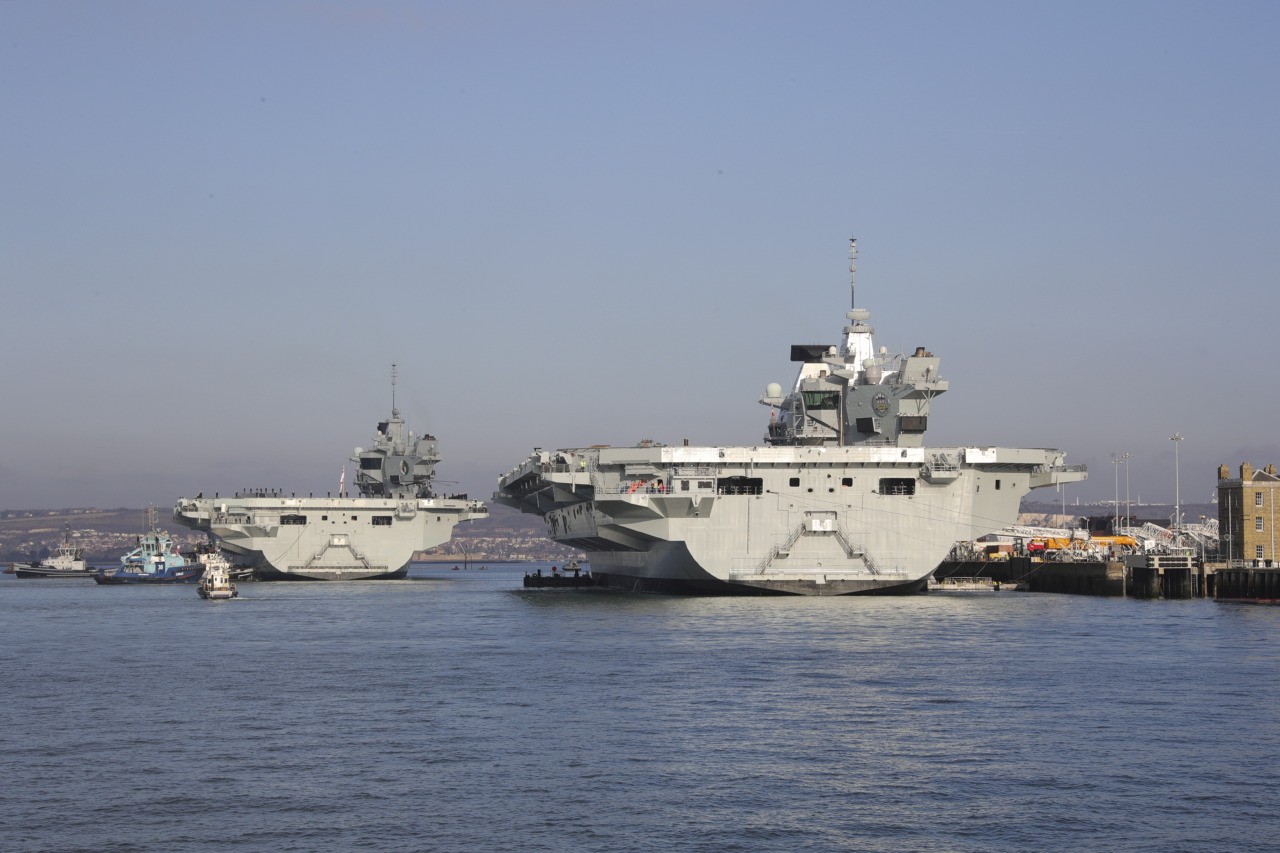 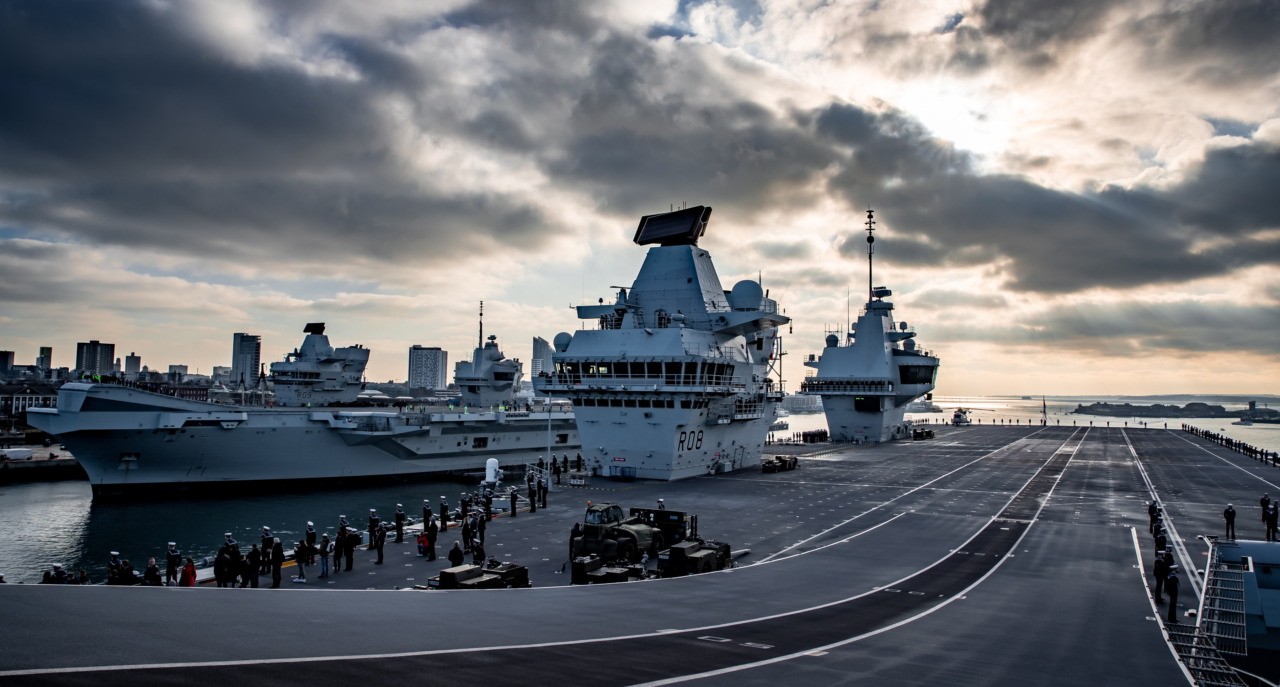