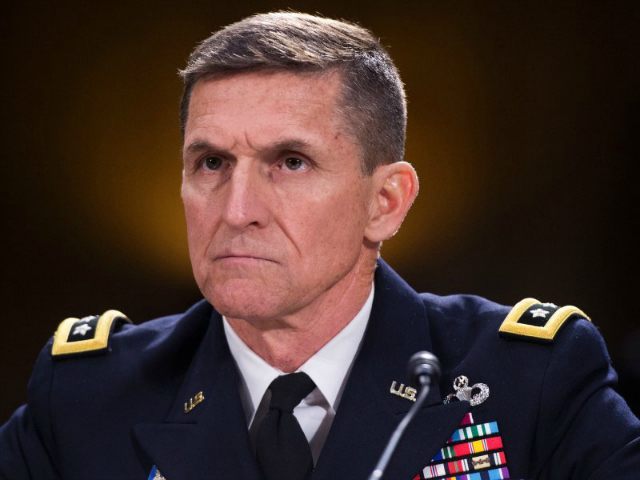 Virgil first wrote about the Deep State in December 2016, and he first wrote about the Michael Flynn case in January 2017—and yet he didn’t know the half of it.
Oh sure, Virgil knew from the get-go that Donald Trump had plenty of enemies, including inside the federal government.  That’s why, back on December 12, 2016, he published an article, here at Breitbart News, headlined, “The Deep State vs. Donald Trump.”  At the time, nearly four years ago, Virgil defined this Deep State as including “not only bureaucrats, but also a galaxy of contractors, profiteers, and others in the nominal private sector”—all of them oriented, of course, to Powertown,  aka, Washington, D.C. 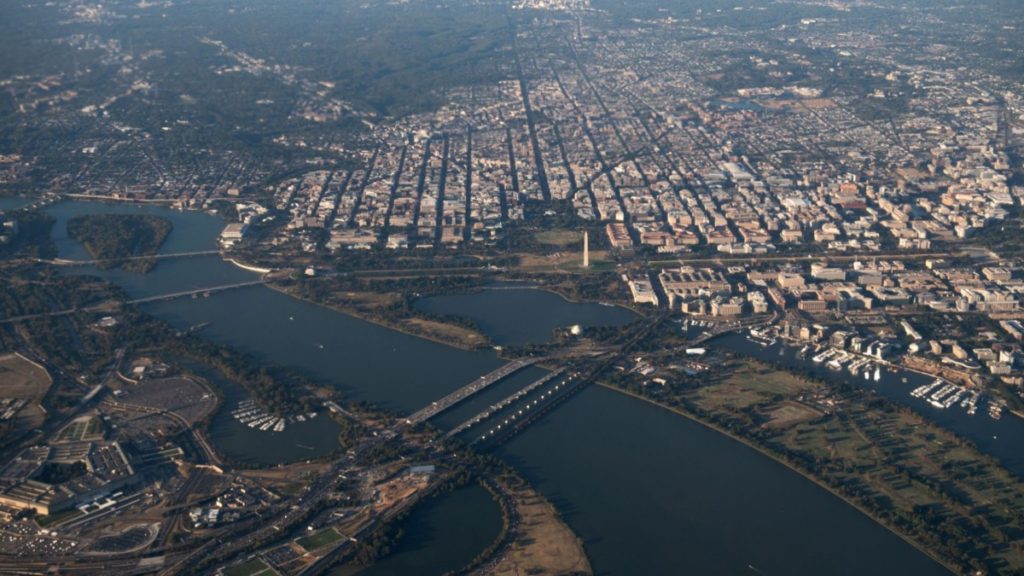 Notably, Virgil singled out the “highly politicized” intelligence agencies, noting that many “liberal apparatchiks” installed by President Barack Obama were still in high places.
Looking ahead, Virgil prophesied, “The anti-Trumpers will systematically defame and degrade the 45th president with an eye toward paralyzing his effectiveness in office and hopefully making him a one-termer—or less.”  We might note that these words were written months before Robert Mueller was hired as an investigating—some would say witch-hunting—special counsel, looking into what the Main Stream Media gleefully dubbed “Russiagate.” 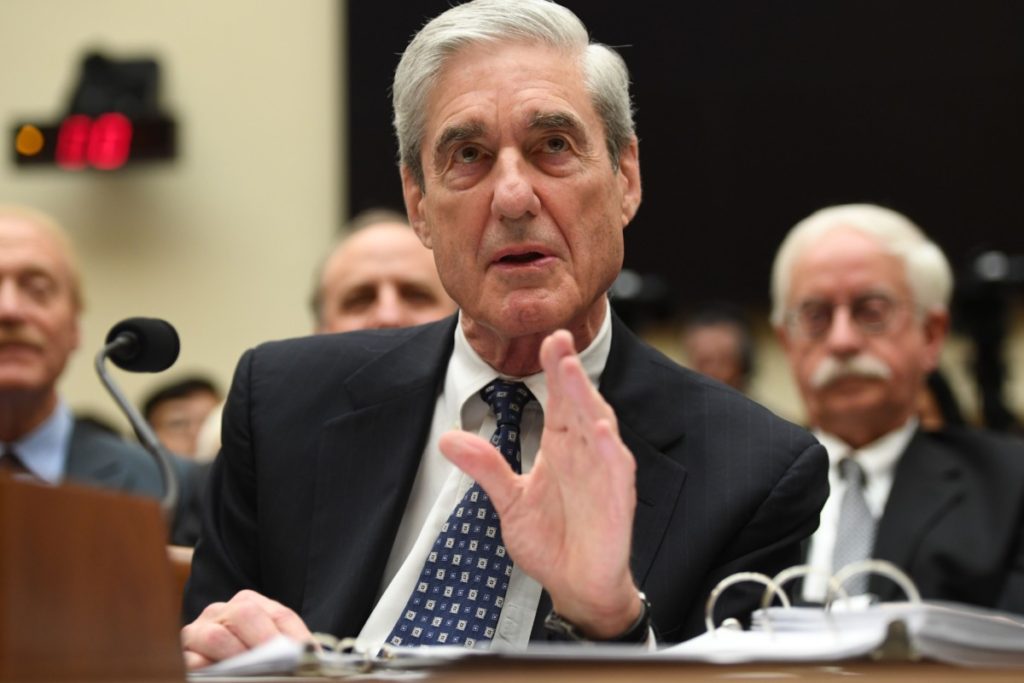 Yet still, in December 2016, Virgil had no way of knowing just how ruthless the Deep State would prove to be in its effort to destroy Trump.
That ruthlessness started to become more clear the following month, when The Washington Post’s David Ignatius reported on a telephone conversation between Trump’s incoming national security adviser, Michael Flynn, and the Russian ambassador to the U.S., Sergey Kislyak. 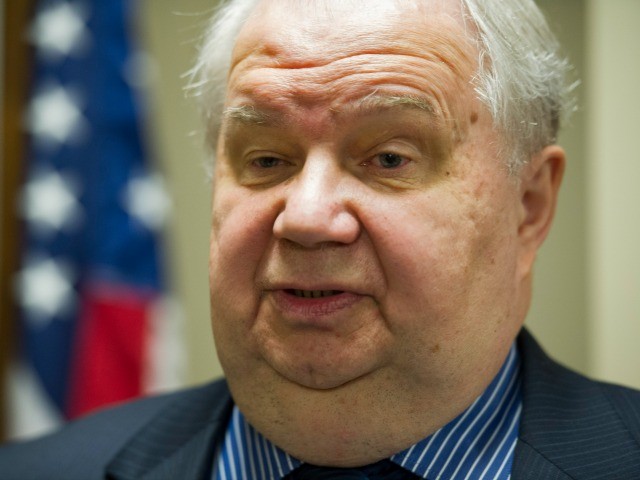 Sergey Kislyak, Russia’s ambassador to the US speaks with reporters following his address on the Syrian situation, Friday, Sept. 6, 2013, at the Center for the National Interest in Washington. (AP Photo/Cliff Owen)

We might note that it was perfectly legal for Flynn to talk to Kislyak; indeed, it would be assumed that a top official in the next administration would be in frequent contact with foreign officials, functioning as part of the normal presidential-transition process.  And yet the Post’s Ignatius treated the leaked conversation as some sort of scandal as part, of course, of the emerging MSM allegation-narrative—that Trump was in cahoots with Vladimir Putin. 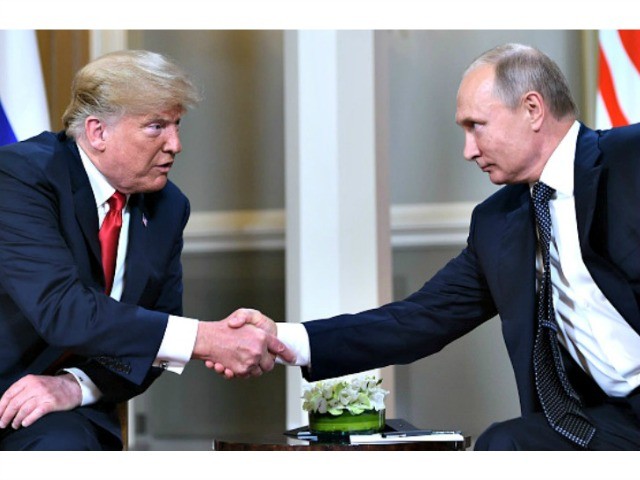 Russian President Vladimir Putin (R) and US President Donald Trump shake hands before a meeting in Helsinki, on July 16, 2018.

A few days later, on January 18, 2017, Virgil took note of this anti-Trump framing, as well as the obvious point that high-level conversations are supposed to stay secret, or at least private.  Quoth Virgil:

Now how did Ignatius know that?  The Post-man won’t say, other than that he got his information from a “senior US government official.”  Once again, such disclosures aren’t legal, but once again, nobody in Washington, DC, seems to care.

Indeed, Virgil added, many Beltwayites were cheering that Flynn had been exposed; as Virgil put it, “Trump administration officials are getting the Deep State treatment.”
And as we all remember, Flynn was interviewed, in the White House, by the FBI on January 24, accused of lying—an accusation that soon leaked out, of course—and so he was forced to resign on February 13.  Then, in December 2017, at the instigation of Mueller’s office, Flynn pled guilty to “willfully and knowingly” making “false, fictitious and fraudulent statements” to the FBI regarding his conversations with Kislyak.
There’s a lot more to the story, of course, and we’ll get to that soon.  But first, a bit more on the Deep State.
Deep State Update
In the three-and-a-half years since those first two articles, Virgil has written dozens of pieces on the Deep State. And many people, including critics, have noticed.  For instance, there’s New York Times reporter David Rohde, who just last month published In Deep: The FBI, the CIA, and the Truth about America’s “Deep State.”  Rohde had this to say about Virgil’s Deep State commentary in a recent interview:

The first time it really comes out in terms of Trump is a Breitbart story that appears in December of 2016, after Trump has won.  And that’s when it really gets a broad audience, in a column by someone whose pen name is Virgil.

Rohde was dismissive of the idea that there was any such thing as a Deep State targeting of Trump, although interestingly, he freely observed that many times over the last 50 years, the FBI, CIA, and other agencies have meddled where they shouldn’t have.  And yet still, Rohde wrote off Virgilian concerns about Deep State operations against Trump as merely an instance of  “Americans’ long-standing suspicions of government, particularly among conservatives.”
As a reviewer for the left-wing Guardian newspaper put it,  “For Trump and his minions, Virgil’s take became a touchstone.”  Indeed, The New York Times and The Washington Post both also took note of Virgil’s work.
The Deep State: Deeper Than We Knew
So yes, Virgil was wise to the Deep State early on, and yet even he, old soul that he is, has been surprised to learn of the depths of the Deep State.
Just in the last week or so, we’ve learned the full relentlessness of the Deep State’s FBI branch.  And we’ve also learned that Flynn’s new lawyer, Sidney Powell, has been equally relentless in her effort to shine a light into the bureaucratic black hole. Not surprisingly, Deep Statists have fought Powell every step of the way; for instance on October 25, the Justice Department jibed in an official brief that she was engaging in “conspiracy theories.” 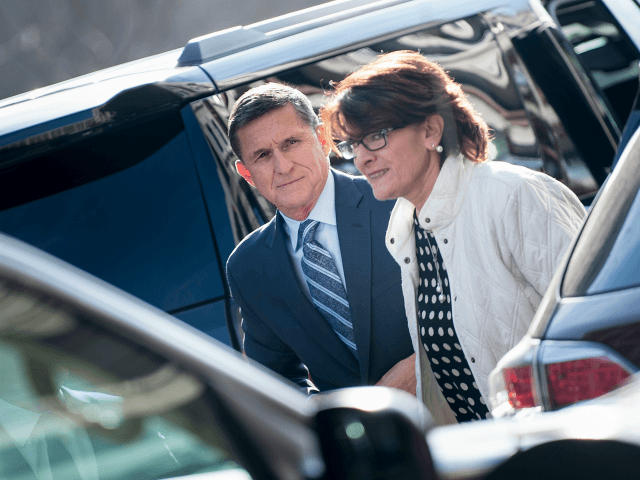 And yet as a result of Powell’s efforts, the conspiracy has been proven to be not only real, but also to be immense.  As Breitbart News’ Kristina Wong reported on April 29,

Federal Bureau of Investigation documents unsealed on Wednesday showed that FBI agents strategized on January 24, 2017, before speaking with former National Security Adviser Lt. Gen. (Ret.) Mike Flynn, about getting him to admit to breaking the Logan Act or getting him to lie so that he could be prosecuted or fired.

In other words, the FBI wasn’t working to find justice; it was plotting to get Flynn. Most egregiously, a handwritten note by former FBI man Bill Priestap, composed prior to the bureau’s January 24 interview of Flynn, asked the following: “What is our goal?  Truth/Admission, or to get him to lie, so we can prosecute him or get him fired?”  So there we have it, in a Deep Statist’s own words: How do we stage a micro-coup against the White House?
As White House counselor Kellyanne Conway said of the Flynn fiasco,

People should look at this for what it is: taxpayers funded this nonsense, and to think that four days into our administration, they’re coming into the White House—not to be helpful to the incoming administration, the national security advisor and by extension helpful to you, the American people and our new presidency—but to try to trip him up, get him ‘fired’ or get him to lie.  And that is a disgrace, and everybody, as the president has said, should be concerned about that regardless of your political affiliation.

Indeed, much of the commentary has been withering.  Former Justice Department prosecutor Andrew McCarthy wrote of the Flynn saga, “The closer one looks, the worse it gets.  We can say that narrowly about the Flynn prosecution, and more generally about the Mueller investigation.”  Meanwhile, George Washington University law professor Jonathan Turley declared flatly: “Justice demands a dismissal of his prosecution.”

Remarkably, Mark Penn, a former top adviser to both Bill and Hillary Clinton, added even more own stinging criticism:

The new documents are in effect the “smoking gun” proving that a cabal at the FBI acted above the law and with extreme political bias, targeting people for prosecution rather than investigating crimes.

And The Wall Street Journal’s Kim Strassel opined, “Flynn’s treatment shocks the conscience,” adding, “The FBI exists to investigate crimes, not to create them.”
For his part, President Trump retweeted Strassel, adding, “The Russia Hoax is the biggest political scandal in American history. Treason!!!”
Behold: The Deep State.