The widow of U.S. Marine Lance Corporal Rylee McCollum, who was one of 13 servicemembers killed in a terror attack in Kabul, Afghanistan, last month, gave birth Monday to a baby girl, Levi Rylee Rose, at Camp Pendleton in California.

Your daddy was a hero ♥️ pic.twitter.com/mvMzPyGWsy

Rylee McCollum, a 20-year-old 2019 graduate of Jackson, Wyoming’s Jackson Hole High School, has been identified as one of the U.S. servicemembers killed in Thursday’s suicide bombing at the Hamid Karzai International Airport, where U.S. evacuation efforts were underway.

According to reports, this was McCollum’s first deployment to Afghanistan. He “was reportedly manning a checkpoint at the airport when the bomb went off,” according to the [Casper] Star-Tribune. His older sister, Roice McCollum, said her brother always wanted to be a Marine.

“He wanted to be a Marine his whole life and carried around his rifle in his diapers and cowboy boots,” she said. “He was determined to be in infantry… Rylee wanted to be a history teacher and a wrestling coach when he finished serving his country.”

“He’s a tough, kind, loving kid who made an impact on everyone he met. His joke and wit brought so much joy,” she continued. 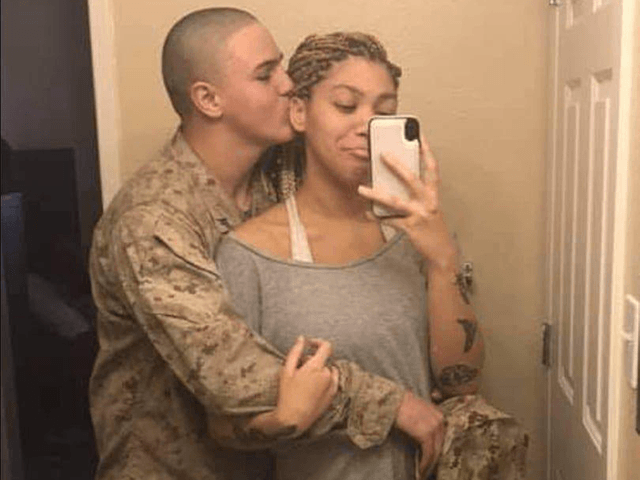 Rylee McCollum, a Marine and Sublette County native killed in the Aug. 26 suicide bombing at the airport in Kabul, Afghanistan, with his wife Jiennah Crayton.
Roice McCollum, courtesy

Rylee’s father, Jim McCollum, told Brian Kilmeade of the Fox News Channel that he declined to meet with President Joe Biden at the dignified transfer ceremony for the remains of the fallen servicemembers:

MCCOLLUM: The way he was handled this, everything he’s done, every step along the way, has been absolutely backwards and I don’t understand the process of how, how they came to the decisions that they made. A high school kid could make better decisions than they’ve made in this. They have fumbled the ball every step of the way.