The Taliban’s takeover of Afghanistan and its crackdown on women’s freedom has reached clinics where midwives are helping bring babies into the world.

One midwife expressed shock when a long-haired Taliban commander and two of his fighters entered a clinic in the remote corner of southeast Afghanistan.

The commander said women “have no right to go out or work at all.”

He said women being educated, working, and attending meetings with men during the two decades the United States has been in the country has “ruined Afghanistan.”

“Midwives are not necessary in society, because death is in the hands of God, and only God can save mothers’ lives,” the Taliban commander said, according to the midwife in Paktika province who asked the Christian Science Monitor not to be named for her safety.

“They do not respect the work of doctors or midwives at all, so [the commander] does not want to educate his daughters and forbids them to learn, so that they do not even think about being doctors or midwives someday,” the midwife said. “This kind of insult causes us to lose our morale and discourages us from work.” 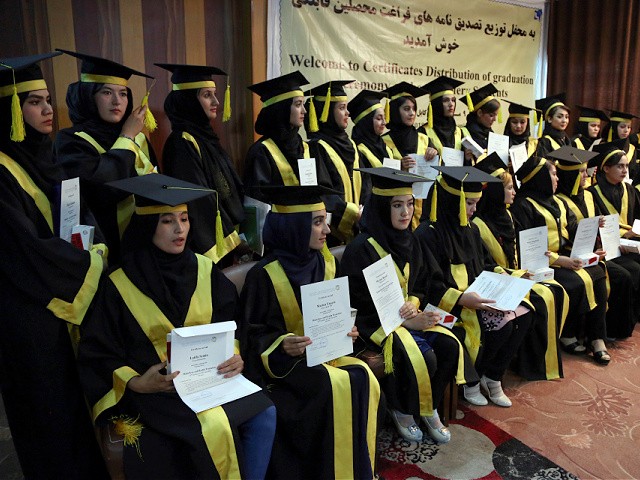 Afghan midwives attend a graduation ceremony after receiving 8 months of training by Tolo Service and Culture Organization, in a program financed by the Estonian Ministry of Foreign Affairs, in Kabul, Afghanistan, Monday, Oct. 1, 2018. (AP Photo/Rahmat Gul)

Midwives occupy a rare nexus that is a conundrum for the jihadis: Modern midwifery requires educated women to perform lifesaving work, which benefits the Taliban’s own wives, mothers, and daughters. But that necessity rubs up against many Taliban rules – applied haphazardly from region to region, so far – that restrict women’s education and movement.

There are some successes of continuity of midwife services, especially with a United Nations Population Fund (UNFPA) program in remote areas. But how Afghan midwives fare will be a key metric of how far the Taliban will accept the much-expanded role of women in society since the jihadis were ousted from power in 2001.

Back then, there were just 467 trained midwives in the entire country, according to U.N. figures – a number that has soared to more than 15,000 midwives today. Widely respected in their communities for their lifesaving service, midwives have overseen dramatic drops in maternal and infant death rates, which once made Afghanistan one of the most dangerous countries in the world to give birth. New challenges today include a lack of pay by the new Taliban authorities, difficulty in safely getting to work, and uncertainty that the Taliban worldview will accept the midwives working – and the advanced education they require.

“Under the Taliban right now, midwives are like frontline health care providers,” an Afghan midwife who received death threats and is no longer in the country but remains in daily contact with colleagues inside, said in the Monitor report. “Under this situation they have a lot of stress … like when they leave the house, they’re thinking, ‘What will happen to me on the way? What will happen to my family? What will happen in the hospital?’”

“Right now they are losing all their achievements and hope,” the midwife said. “I’m sure if it continues like this, Afghanistan will become the worst country, with the highest maternal mortality.”

But the Taliban does not have a record for compassion even when it comes to their own families.

“The Taliban need midwives, or at least their wives and children and daughters need midwives,” Heather Barr, associate director of women’s rights and a former Afghanistan researcher for Human Rights Watch, said in the Monitor report. “But the Taliban seem to have a pretty high tolerance for letting their people suffer.” 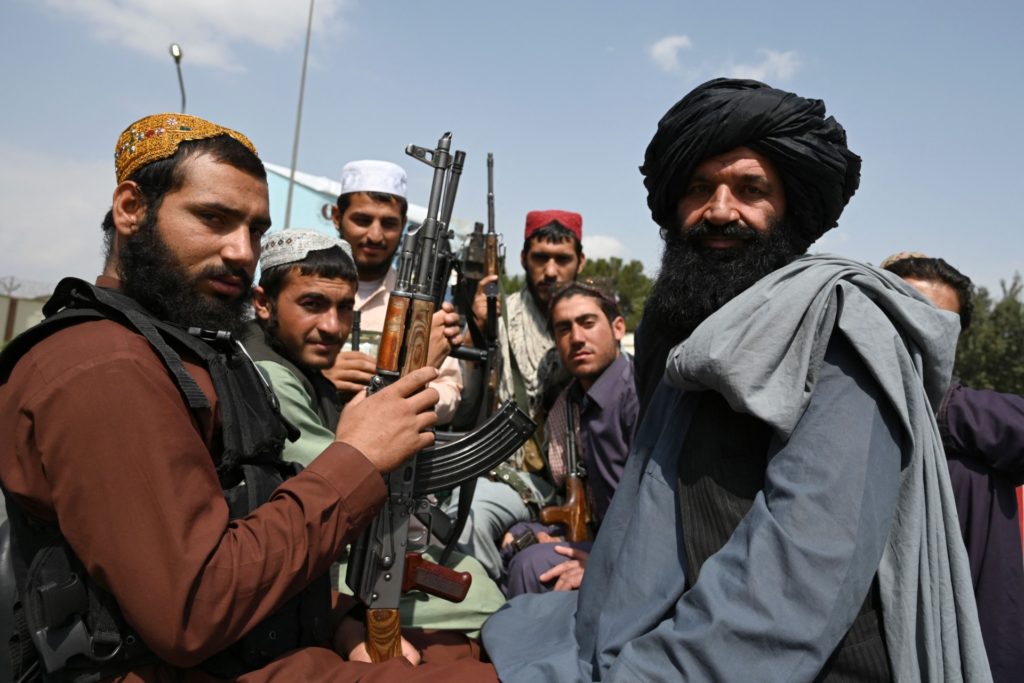 Taliban fighters sit on the back of a pick-up truck at the airport in Kabul on August 31, 2021, after the US has pulled all its troops out of the country to end a brutal 20-year war — one that started and ended with the hardline Islamist in power. (Photo by WAKIL KOHSAR/AFP via Getty Images)

“How difficult are these days?” the Monitor asked. “This midwife says a colleague was stopped by the Taliban last week, without a male guardian, for example. The colleague was beaten and had her smartphone broken. In addition, this midwife fears rumors that the Islamic State intends to assassinate midwives – just as ISIS jihadis attacked a maternity hospital in Kabul in May 2020, killing 24 people, including mothers and pregnant women.”

“When I went to my job before, I enjoyed my work, and serving people, especially mothers,” the midwife said. “But now … I feel like I am going to prison, because our work environment is under Taliban control, and they don’t respect women who work.”

The New York Times reported in 2007 that the U.S. presence in Afghanistan had improved the infant mortality rate:

Infant mortality has dropped by 18 percent in Afghanistan, one of the first real signs of recovery for the country five years after the fall of the Taliban regime, health officials said Thursday.

“Despite many challenges, there are clear signs of health sector recovery and progress throughout the country,” Dr. Muhammad Amin Fatimi, the health minister, told journalists here.