How much access can a possible agent of influence for state sponsors of terrorism buy from President Barack Obama? For Jodie Evans, a progressive Hollywood activist, the going rate appears to be $30,400 for dinner and a conversation.

Last week in San Francisco, Obama headlined a three million dollar fundraiser at the Westin St. Francis Hotel. The San Francisco Chronicle reports about 160 people paid $30,400 or more per couple for a private dinner with Obama followed by a reception costing $500 to $1000 that drew over 900 attendees. Among those at the dinner was the leftist, so-called antiwar group Code Pink co-founder, Jodie Evans. 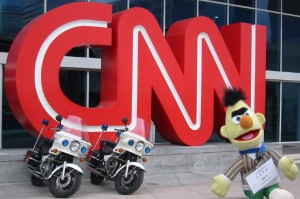 The Chronicle reports Jodie Evans had a several minutes long conversation with Obama at the fundraiser.

Why does Jodie Evans merit such face time with the president even though she acts as an agent of influence for the anti-American governments of Iran, Cuba and Venezuela, as well as Middle Eastern terrorists?

Jodie Evans helped rally the Los Angeles progressive community to Obama’s side by co-hosting the first Hollywood fundraiser for Obama in February 2007 along with her partner (and ex-husband) Max Palevsky and the Dreamworks trio of Steven Spielberg, Jeffrey Katzenberg and David Geffen. Jodie Evans went on to be appointed a fund raiser for Obama.

Over the life of the campaign, Jodie Evans became one of Obama’s top donors, giving the maximum $2300 to his respective primary and general election funds and tens of thousands of dollars more to the Obama Victory Fund, a joint Obama-Democratic National Committee fund.

Jodie Evans and Code Pink hosted a get out the vote training effort for Obama in October 2008.

That Jodie Evans is a respected power-player in the Democratic party is no surprise. She worked for Gov. Jerry Brown and managed his 1992 presidential campaign. However, the mainstream media continually gives Jodie Evans a pass, as was noted in this LA Weekly article from 2003 that chastised the Los Angeles Times for ignoring Jodie Evans’ role as a state Democratic party operative in an article on efforts to stave off the recall of her longtime colleague, Gov. Gray Davis.

What is surprising, or should be, is how upfront she is about her pro-terrorist politics and how accepting Obama and her fellow Democrats are of her. That someone with Jodie Evans’ background operates at the presidential level in American politics is extremely disturbing.

Last year, right before Jodie Evans attended another high dollar event for Obama, she gave a radio interview in which she sympathized with Osama bin Laden about his reasons for the Sept. 11 terrorist attacks that murdered nearly 3000 Americans and foreign nationals.

Jodie Evans:…”We were attacked because we were in Saudi Arabia, that was the message of Osama, was that because we had our bases in the Middle East, he attacked the United States.”

Paul A. Ibbetson: “Do you think that’s a valid argument?”

Also in the interview, Jodie Evans admitted to trying to “undermine the war effort” of the United States in the war on terror.

Jodie Evans has been espousing her support for terrorists for years. In February 2003, Jodie Evans and Code Pink traveled to Baghdad as a guest of Saddam Hussein’s government where they lobbied the world to keep the state sponsor of terrorism in power.

After the liberation, in the summer of 2003, Jodie Evans returned to Iraq where she set up Occupation Watch, an effort to smear the U.S. with ginned up charges of atrocities and to get troops in Iraq to quit the war. Jodie Evans relayed terrorist propaganda to a communist newspaper that American soldiers were wantonly slaughtering Iraqi women and children.

Jodie Evans and Code Pink delivered over $600,000 in cash and humanitarian aid to what Code Pink called “the other side” in Fallujah as the U.S. was waging a hard fought battle to clear the terrorist safe haven of al Qaeda in Iraq and other Sunni terrorists. The delivery of the aid to the terrorists was faciliated by Sen. Barbara Boxer and Reps. Henry Waxman, Dennis Kucinich and Raul Grijalva.

Six months later, Jodie Evans wrote of her support for the armed resistance in Iraq while attending the World Tribunal on Iraq.

Code Pink endorsed the declaration by the tribunal that unconditionally supported the terrorists in Iraq.

“There is widespread opposition to the occupation. Political, social, and civil resistance through peaceful means is subjected to repression by the occupying forces. It is the occupation and its brutality that has provoked a strong armed resistance and certain acts of desperation. By the principles embodied in the UN Charter and in international law, the popular national resistance to the occupation is legitimate and justified. It deserves the support of people everywhere who care for justice and freedom.”

Code Pink has also organized propaganda visits to Gaza. This June, the group hand-carried a letter out of Gaza written to Obama from Hamas leaders that equated Israel’s defensive actions to the Sept. 11 terrorist attacks.

Jodie Evans and Code Pink are also allied with the anti-American governments of Venezuela and Cuba. She met with Venezuelan tyrant Hugo Chavez in 2006 and has declared him a “sweetheart.” Jodie Evans traveled to Cuba in 2007 and worked with the Castro government to propagandize against the U.S.

In September 2008, just a couple of weeks after meeting Obama at a big money Hollywood fundraiser at the historic Greystone mansion in Beverly Hills, Jodie Evans met with Iranian President Mahmoud Ahmadinejad in New York City. Afterward, Jodie Evans proclaimed him to be “really about peace and human rights and respecting justice.”

In November, weeks after Obama won the presidential election, Jodie Evans and Code Pink traveled to Iran at the personal invitation of Ahmadinejad.

Several questions are raised by Jodie Evans’ ties to Obama. Given her documented alliances with terrorists and state sponsors of terrorism, why is Jodie Evans repeatedly granted face time with Obama? Obama surely knows of her ties, as do her allies overseas like Ahmadinejad and Chavez. Is Jodie Evans acting as a go-between for Obama to our nation’s enemies? And if so, to whose benefit?

Jodie Evans told the Chronicle she delivered a petition to Obama last night from Afghan women urging him to not send more troops to Afghanistan to give women a place at the table for the reconciliation process. Jodie Evans didn’t say that the petition was actually Code Pink’s idea, and not the Afghan women’s initiative.

The article doesn’t mention if they talked about anything else for the several minutes they spoke, but perhaps they spoke about Van Jones, with whom Jodie Evans served on the board of the leftist Rainforest Action Network in 2005.

KTVU has video of Jodie Evans and Obama together at the fundraiser.

Jodie Evans and Code Pink were in Kabul a few weeks ago where they met with government ministers, warlords, tribal chieftains and women activists.

Code Pink has gotten flak for a reported change of heart on the war, which Jodie Evans vehemently denies.

What is undeniable is Jodie Evans’ support for terrorists–and her support for President Obama.